The Justice system in the United States is effective, but there are many problems that should be addressed. Everyone has the right to a fair trial and the poor are not getting fair representation. Having financial means gives you a lot of benefits in the Criminal justice system. The poor can’t afford a decent lawyer, some wealthy people have a team of lawyers. Our justice system doesn’t work for the poor. Justice should be blind in the matter how much money someone has.

Don't use plagiarized sources. Get your custom essay on
“ The Justice system in the United States is effective but there are ”
Get custom paper
NEW! smart matching with writer

The wealthy are either not punished or punished less severely. Wealthy violent criminals are being released after very short sentences, while the poor go to jail for small offenses. The wealthy can afford the best lawyers, the poor have the lawyer they could afford or one that is appointed to them. Many feel our justice system is unfair to the poor and changes must be made. Better lawyers usually result in better outcomes Many will have different opinions about what they see is wrong with our Criminal Justice Systems.

There are many areas in the justice system which need to be improved and debate on concept of fairness will continue. There will never be a perfect criminal justice system that will make everyone involved happy. Many authors including Rebecca Buckwalter-Poza (2016), Maarten Rikken (2018), Alive Speri (2016), Stephen B. Bright (2010), Elizabeth Gleick (1995) and Miriam Gohara, & Sarah Geraghty (2003) have identified that the poor aren’t getting equal representation in our justice system based on their own perspective. There are some common problems mentioned, and many not mentioned.

The Justice system in the United States is effective but there are. (2019, Aug 20). Retrieved from https://studymoose.com/the-justice-system-in-the-united-states-is-effective-but-there-are-essay 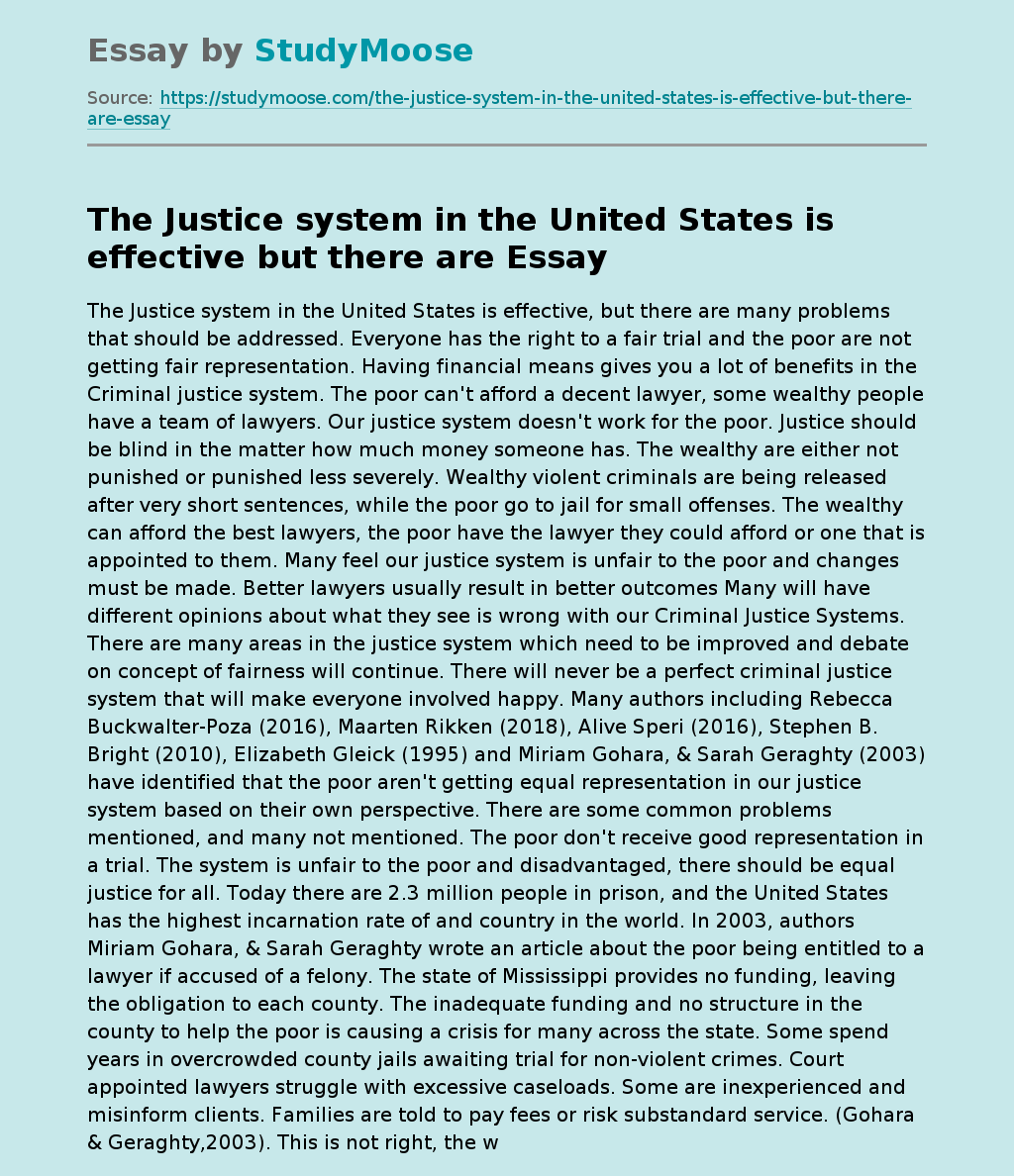