The Frontier
People are born with a natural sense of curiosity. The need to discover helped them conquer the American frontier and today they continue to set their sights on new unknowns. The frontier can be defined as a place of lawlessness and chaos. In the case of the American West, the definition fits with what people believed the West to be during the 20th century.

Once explorers were commissioned and settlers bought land, the American frontier was no longer unknown; the frontier had been conquered.

Don't use plagiarized sources. Get your custom essay on
“ The Frontier. Deep Sea Exploration ”
Get custom paper
NEW! smart matching with writer

The word ‘frontier’ had since become ingrained into the human psyche after decades of word use, especially in media. Today, a frontier has become synonymous with new ideas, inventions, and exploring other planes.

Though most land masses can be denounced as frontiers, the ocean has yet to be fully explored. The ocean makes up nearly 75 percent of the world’s surface area, yet we know more about the land we walk on than the water that surrounds it.

The deep sea remains virtually uncharted and has become one of Earth’s last frontiers. Classified as the deepest part of the ocean, the Marianas Trench is one area being studied.

Continuous research and the drive to unravel the mysteries of the deep have led to the discovery of numerous new species and survival tactics of aquatic animals. The copious amounts of research and discoveries are only brushing the surface of what the ocean holds. The need to overcome disease has made medicine another frontier. New types of surgical methods, vaccines, and sicknesses have pushed researchers and doctors to cure the ill.

Overcoming disease will always be an obstacle for man. For example, finding a cure for viruses, such as HIV, has been a major focus in medicine. The ever mutating DNA and RNA of viruses make researching a cure difficult. The desire to formulate the unknown medicine drives researchers on. 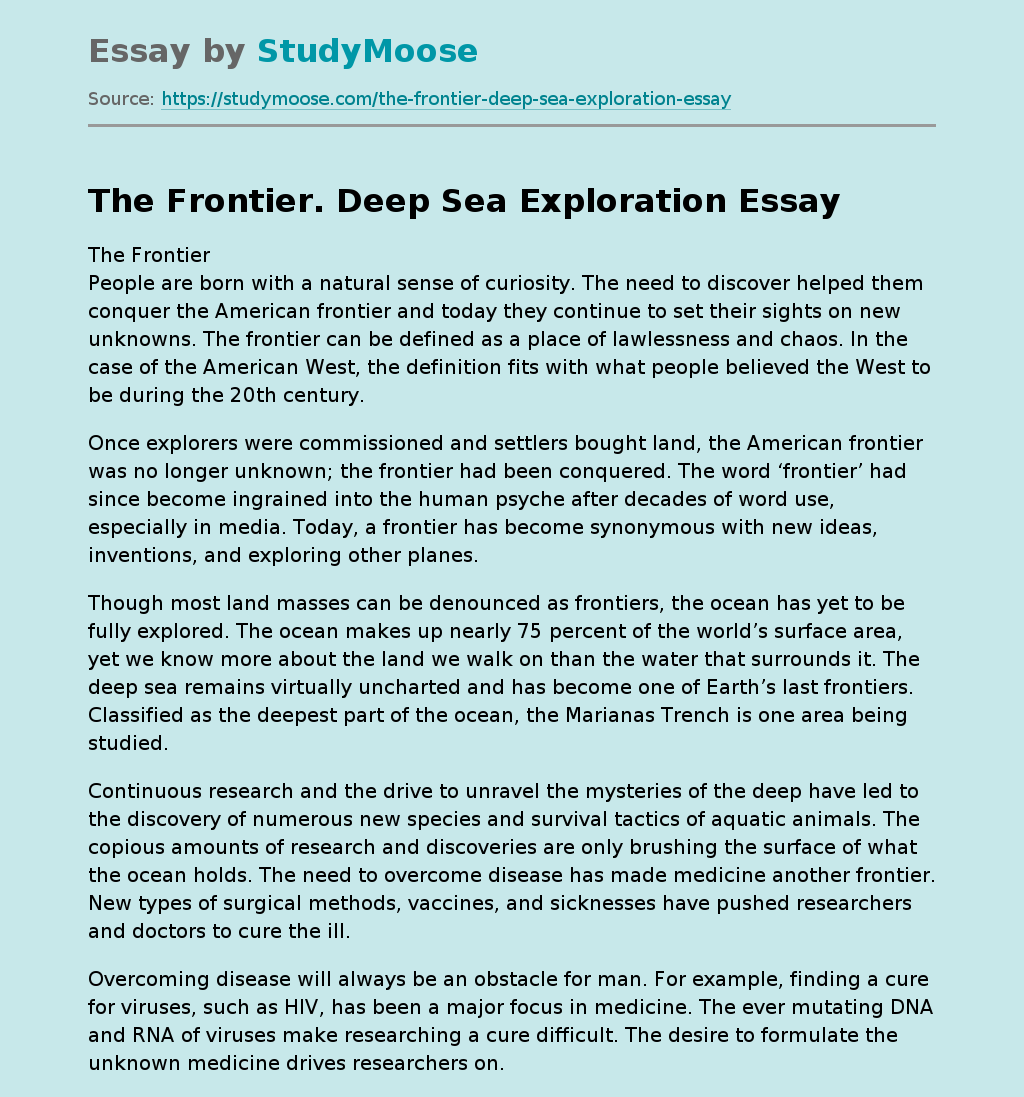