The Bill of Rights: Amendments to Constitution

The Bill of Rights is the first 10 Amendments to our Constitution. The Bill of Rights also forms out the rights in detail to our government and it also assures that our civil rights and liberties to us as a citizen.

Don't use plagiarized sources. Get your custom essay on
“ The Bill of Rights: Amendments to Constitution ”
Get custom paper
NEW! smart matching with writer

The first amendment will include the freedom of speech, religion, press, assembly and petition. It also included the Rights to due process of law, freedom from self-incrimination and double jeopardy which is our fifth amendment. Going on to our second amendment which is the right to keep and bear arms, the third amendment is that soldier can’t be staying in your home without consent.

The fourth amendment is having freedom from unreasonable searches and seizures. So you can’t be searched without a warrant anymore. Our sixth amendment is that we as people have the right to a speedy and public trial. The seventh amendment is the trial by jury on certain cases but it they to be non-criminal cases. The eighth amendment’s include the prohibits on excessive fines. Also according to the lecture the Ninth amendment was just added to be there.

Our last amendment includes that any power that constitution doesn’t give to government it belongs to the states and the people. (Bill of Rights of the United States of America (1791) )

The history significance that the Bill of Rights has is that it includes one of the most important amendments which is the First Amendment. The first amendment protects our basic liberties which is freedom of religion, speech, press, assembly and the freedom to petition the government rights wrong. The Bill of Rights is also significant because it includes the most important rights that were missed in the original constitution. Having the rights that were missed helps us as a country become better and head to a better future.

The Bill of Rights: Amendments to Constitution. (2021, Jul 09). Retrieved from https://studymoose.com/the-bill-of-rights-amendments-to-constitution-essay 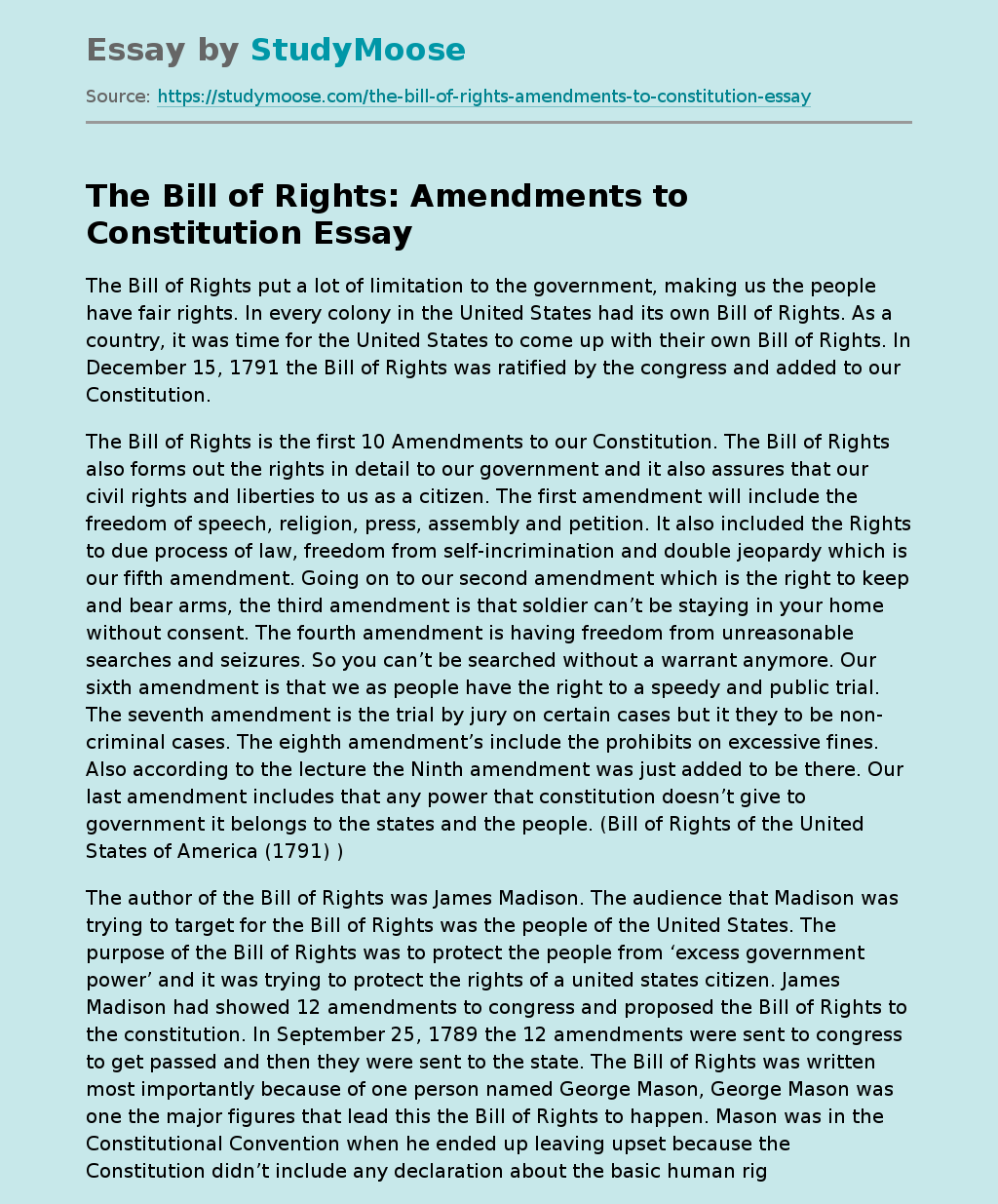