The thirteenth amendment formally abolished the institution of slavery, and gave congress the power to enforce it. The thirteenth amendment was necessary because even though the Emancipation Proclamation declared slaves in the south to be freed, the southern states refused to free them, and the amendment encompassed the entire U.S. and it’s territories. Overall, I feel the amendment was a success, because it gave the government the ability to enforce it as a law. There were many ways that southerners found to work around this new law, such as black work camps, but overall I think that the amendment was a success.

Don't use plagiarized sources. Get your custom essay on
“ 13th, 14th, and 15th Amendments ”
Get custom paper
NEW! smart matching with writer

The fourteenth amendment is much more complex, and is broken into five sections.

Section 1 established citizenship to all persons born or naturalized in the United States. It also stated that states could not make or enforce any laws that would diminish the privileges or immunities of citizens. It declared that states could not deprive any person of life, liberty, or property without due process of law, and that no person could be denied the equal protection of the laws.

It also stated that if any man was denied the right to vote, then the number of representation for that state would be reduced in proportion to the number of males 21 years and older in that state. Section 3 essentially stated any person that had engaged in insurrection or rebellion against the government, or given aid or comfort to the enemies of, could not hold public office, state or federal. However, it also granted congress the ability to override this restriction. 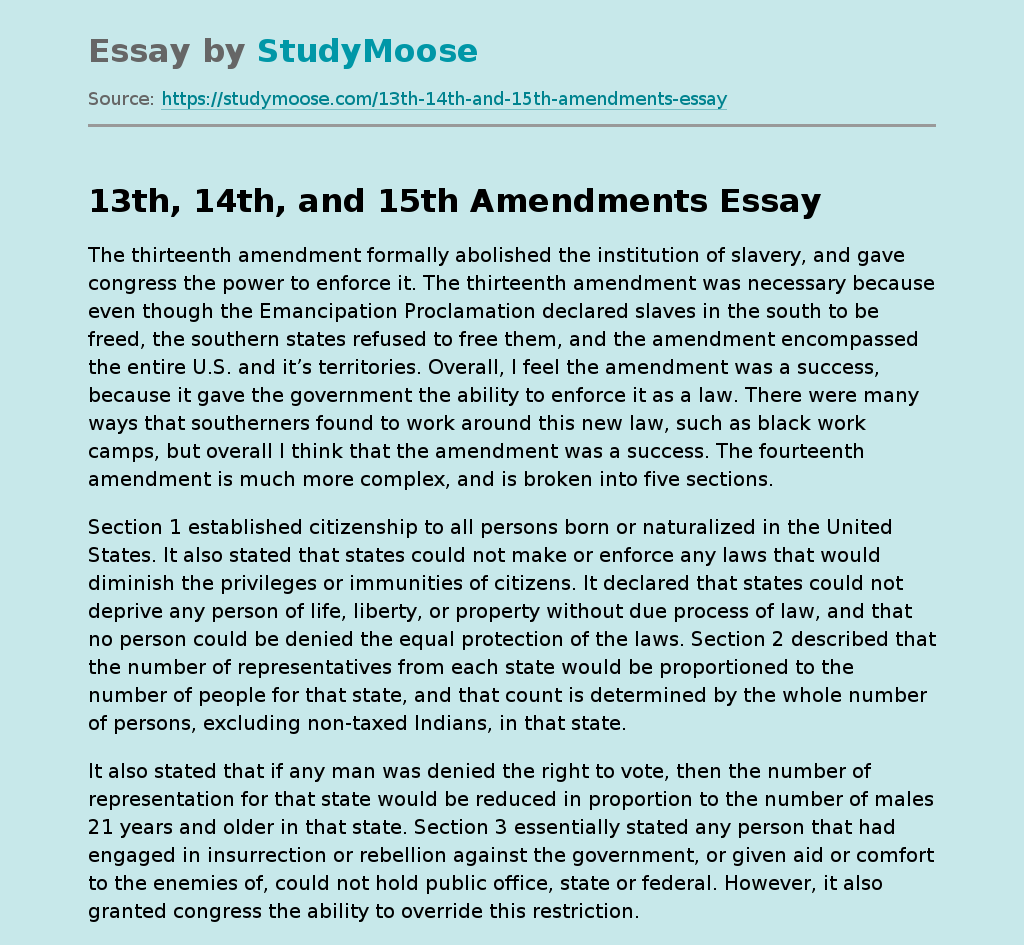