The following text is a summary of an essay written by James Baldwin in July the 29th in 1979 about the time that the issue of African American Vernacular English (AAVE), or simply Black English, was surfacing in the linguistics discipline. The author of If Black English Isn’t A Language, Then Tell Me What Is? claims that Black English is a language, not a dialect. The first step that Baldwin goes is to show the differences between a dialect and a language using many examples and to highlight the confusion of the denomination “dialect” and “language” made by people.

Don't use plagiarized sources.
Get Your Custom Essay on Black English Summary Just from $13,9/Page

The second is to use some arguments to prove his thesis.

James Baldwin states that the language reveals the private identity of the speaker; by the way you use the language, you reveal information about your parents, your youth, your school, your salary, your self-esteem and your future. He adds that the language is also a political instrument, means and proof of power.

Language is also a means of connection – or “disconnection” – with communities and people. Also, the variety of English can be understood by many English people, but probably not by other English speakers. The author makes use of different examples to sustain his argument; the variation of the French language in Paris, Marseilles, Québec, Guadeloupe, Martinique or Senegal, which can lead to difficulties of understanding. Baldwin also mentions languages such as Provençal, Basque and Welsh, which are sometimes perceived as dialect instead of a language.

Baldwin also takes as a hypothesis that Black people influenced on the way of speaking of the White people in the United States. He affirms that certain expressions such as jazz me, baby or Sock it to me would have never seen the light of day without the Black people. What’s more, he also establishes a connection between the present skirmish with the American history and the slavery of Black people. He adds that Black English is the creation of the black diaspora. Black language is therefore not the adoption of a foreign tongue, but a melting pot that used ancient language elements to create a new language. 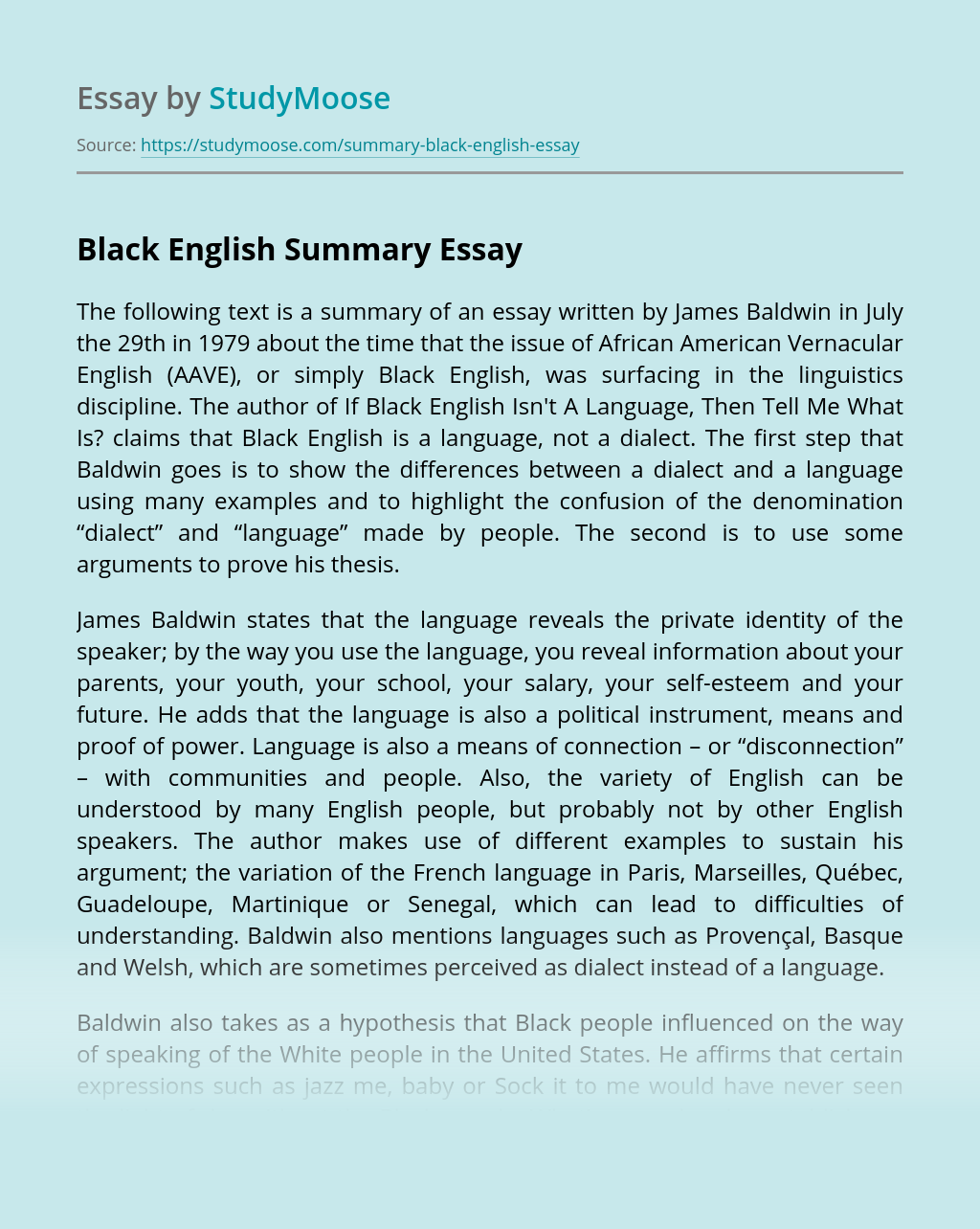