Are you sitting down? Each year, more than a million kids will leave school without earning a high school diploma — that’s approximately 7,000 students every day of the academic year. Without that diploma, they’ll be more likely to head down a path that leads to lower-paying jobs, poorer health, and the possible continuation of a cycle of poverty that creates immense challenges for families, neighborhoods, and communities.

For some students, dropping out is the culmination of years of academic hurdles, missteps, and wrong turns.

Don't use plagiarized sources. Get your custom essay on
“ Solutions to Prevent High School Dropouts ”
Get custom paper
NEW! smart matching with writer

For others, the decision to drop out is a response to conflicting life pressures — the need to help support their family financially or the demands of caring for siblings or their own child. Dropping out is sometimes about students being bored and seeing no connection between academic life and “real” life. It’s about young people feeling disconnected from their peers and from teachers and other adults at school. And it’s about schools and communities having too few resources to meet the complex emotional and academic needs of their most vulnerable youth.

Although the reasons for dropping out vary, the consequences of the decision are remarkably similar. Over a lifetime, dropouts typically earn less, suffer from poorer health as adults, and are more likely to wind up in jail than their diploma-earning peers. An August 2007 report by the California Dropout Research Project (PDF) detailed the economic and social impacts of failing to finish high school in the Golden State. The numbers cited in the report are sobering: High school graduates earn an average of nearly $290,000 more than dropouts over their lifetime, and they are 68 percent less apt to rely on public assistance.

The link between dropout rates and crime is also well documented, and the report’s data indicates that high school graduation reduces violent crime by 20 percent. And nationally, the economic impact is clear: A 2011 analysis by the Alliance for Excellent Education estimates that by halving the 2010 national dropout rate, for example (an estimated 1.3 million students that year), “new” graduates would likely earn a collective $7.6 billion more in an average year than they would without a high school diploma.

Mounting research on the causes and consequences of dropping out, coupled with more accurate reporting on the extent of the crisis, has led to increased public focus on what’s been called the silent epidemic. And with that focus comes the possibility of more action at the local, state, and national levels to implement a mix of reforms that will support all students through high school graduation. Such reforms include early identification of and support for struggling students, more relevant and engaging courses, and structural and scheduling changes to the typical school day.

Decades of research and pockets of success point to measures that work. Here are ten strategies that can help reduce the dropout rate in your school or community. We begin with steps to connect students and parents to school and then address structural, programmatic, and funding changes: 1. Engage and Partner with Parents

It’s an all-too-familiar story: Parent involvement declines as students get older and become more independent. But although the role of parents changes in secondary school, their ongoing engagement — from regular communication with school staff to familiarity with their child’s schedule, courses, and progress toward graduation — remains central to students’ success. Findings in a March 2006 report, “The Silent Epidemic,” illustrate the importance of engaged parents throughout secondary school.

Sixty-eight percent of the high school dropouts who participated in the study said their parents became involved in their education only after realizing their student was contemplating dropping out of school. In Sacramento, California, high school staff members make appointments with parents for voluntary home visits, to keep parents engaged with their children’s progress. This strategy — which has so far been replicated nationally in eleven states, plus the District of Columbia — includes placing as many visits as possible during summer and fall to parents of teens entering high school — a critical transition point for many students — to begin building a net of support and to connect parents to the new school.

Staffers also conduct summer, fall, and spring home visits between and during the sophomore and junior years to students who are at risk of not graduating because of deficiencies in course credits, the possibility of failing the state high school exit exam (a condition of graduation), or poor grades. Visits in the summer after junior year and fall of senior year are to ensure that students are on track for either career or college.

Early evaluations of the program by Paul Tuss of Sacramento County Office of Education’s Center for Student Assessment and Program Accountability found that students who received a home visit were considerably more likely to be successful in their exit exam intervention and academic-support classes and pass the English portion of the exit exam. A follow-up evaluation of the initial cohort of students at Luther Burbank High School showed that the students both passed the exit exam and graduated high school at significantly higher rates. (Visit the website of the Parent/Teacher Home Visit Project.) 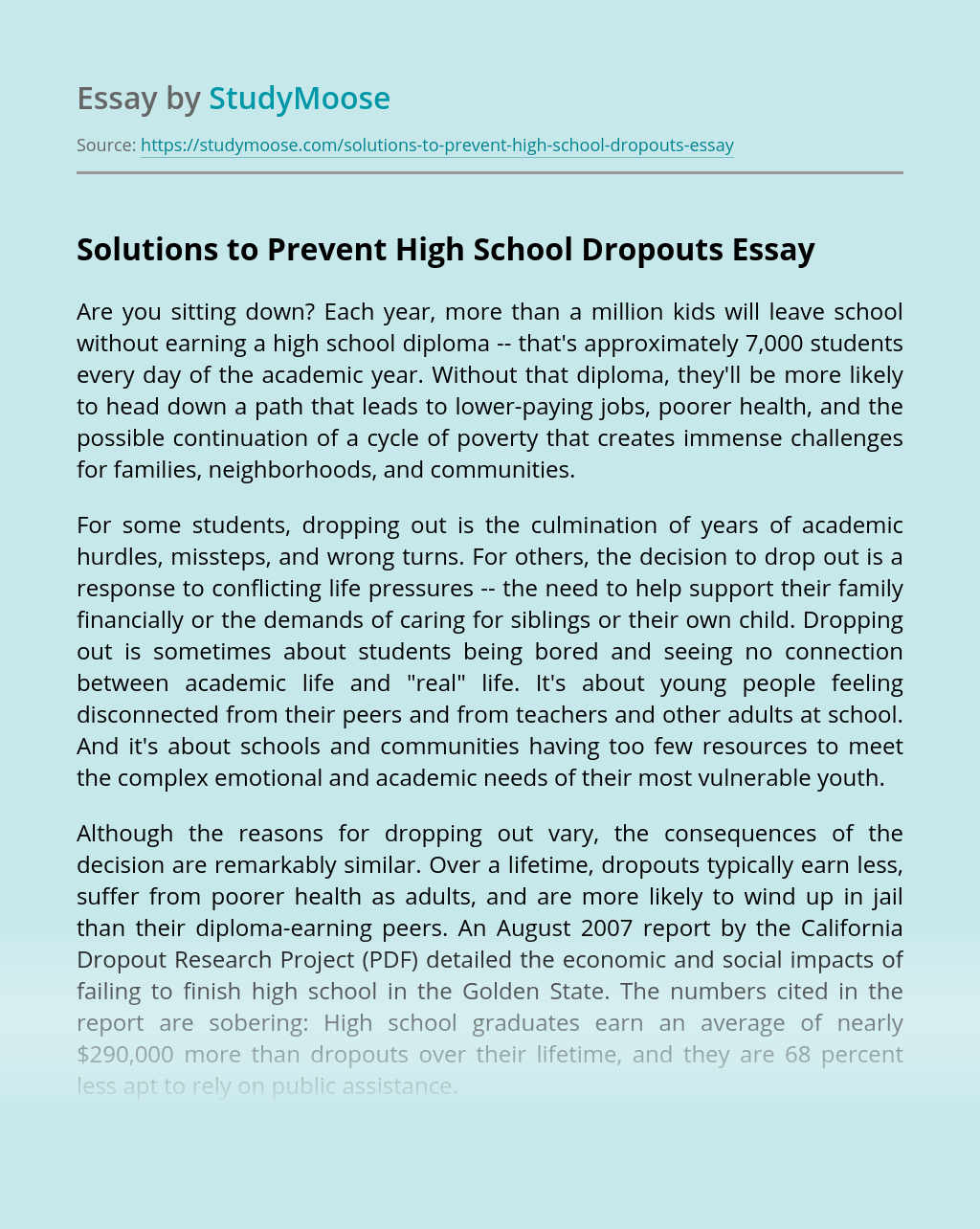