Soil conservation includes all such measures which protect the soil from erosion and restore its fertility. These measures are of two types-(a) small measures to check soil erosion at local or even individual level, and (b) large measures at govern­ment level involving larger area and heavy invest ment.

(b) Large Measures-these include large projects and schemes undertaken by state and cen­tral government to check soil erosion and facilitate extensive reclamation. Following are some of the schemes worthy of mention here:

(i) Reclamation of Ravines and Badlands-

Sev­eral such schemes involving plugging of gully mouths, construction of bunds across the gullies, leveling of surface, a forestation, and restriction on over grazing are under implementation in these states. In Madhya Pradesh the World Bank has given an assistance of Rs. 300 million to reclaim about 1 lakh ha of ravine land.

This is due to seasonal and heavy downpour of rainfall. If arrangement could be made for the storage and diversion of additional rain-water not only it would be an effective measure to control the floods but to utilise this water in drier yet to see the light of the day due to paucity of funds.

(iii) Afforestation-Afforestation is another effective measure to check the erosion of soil either through running water or through winds. Such trees can be planted along the roads, canals, river banks, bordering areas of the desert and in ravine and wasteland areas. A forestation programmes may be undertaken at local and community level and also on regional and national level.

Along with a forestation equally important is the restriction on the indiscrimi­nate cutting of trees. People’s awareness in the form of Chipko movement and use of cheap substitute for fuel wood and wood products may be effective steps in this direction.

In 1982-83 a programme for restoration of long fallows was j launched in these 8 states which was later on ex­tended to 5 more states (Assam, Gujarat, Meghalaya, Orissa and West Bengal). On the basis of progress, reports about 9.66 lakh ha of fallows in these states were restored for productive purposes.

(v) Shifting Cultivation-a scheme to control shifting cultivation has been launched in seven north­eastern states of the country. This is a beneficiary oriented programme which aims at rehabilitating Jhumia tribal families with one hectare of terraced agricultural land and one hectare of horticulture and plantation crops.

The 8th Five Year Plan had an outlay of Rs 45 crore for the purpose. There is a need to extend this programme to other states of the country and gradually replace this old system by sedentary farming.

(vi) Reclamation of Alkaline (Usar) Soils- This is a centrally sponsored scheme launched in the states of Haryana, Punjab and Uttar Pradesh during the Seventh Five Year Pan. It has now been extended to the states of Gujarat, Madhya Pradesh and Rajasthan. The major components of the scheme include assured irrigation water, on farm develop­ment works like land leveling, deep sloughing, community drainage system, application of soil amendments, organic manures, etc. It is a 50: 50 funding between the Centre and the concerned states on identified components. Since the inception of the scheme an area of 4.32 lakh ha. Has been reclaimed with central assistance of Rs. 59.67 crore up to 1995- 96. There is a need to launch this scheme in other states of the country to combat the problems of salinity and alkalinity.

Soil Conservation through the Plans

Soil conservation programmes are taken in the context of national plan strategy to make the country self-reliant in food and other land based produces as well as to generate additional employ­ment opportunities in the extensive rural areas.

The characteristic features of the programmes include : (a) implementing field measures such as terracing, contour farming, intercropping, etc., for controlling run off and erosion, (b) raising wind breaks, shelter belts to check wind erosion, protecting crops from hot fast wind and fixing sand dunes, (c) land devel­opment and shaping, (d) a forestation and raising of utility trees, and (e) putting up erosion control-cum- water harvesting structures with a view to restoring degraded lands, create micro-level irrigation poten­tial and closures with working of soil conservation measures for development of grass-land (India 1985, p. 289).

The Central Government formed a Central Soil Conservation Board in 1953 to co-ordinate soil conservation programmes on all-India basis.

It also included centrally spon­sored scheme of integrated water-shed management in the catchments of 8 flood prone rivers of the Ganga basin. The Seventh Plan fixed a total outlay of Rs. 740.39 crore to put emphasis on preventing soil erosion and increasing soil productivity. Till 1995- 96 a total area of 39.3 million hectares in the catch- 212 of River Valley Prjccts has been treated under soil conservation programmes. One centre has been set up at Hazaribag under D.V.C. to impart training for soil conservation schemes.

The World Bank assisted projects, namely Himalayan watershed management project in Uttar Pradesh and pilot project for watershed develop­ment in the rainfed areas in Andhra Pradesh, Karnataka, Madhya Pradesh and Maharashtra are being monitored through Watershed Development Council (WDC) in the Department of Agriculture and Co-operation.

The All-India Soil and Land Use Survey Organisation has carried out works of delineation and codification of catchments into watersheds, fixa­tion of inter-set priorities of watersheds, determina­tion of hydrologic soil groups, infiltration character­istics, potential and problems of various identified soil series etc.

It is busy in carrying out reconnaissance, sample and detailed soil surveys of different parts of the country and has also identified 3772 watersheds for immediate planning. States have been asked to set up State Land Use. Boards for formulating, imple­menting and co-coordinating soil conservation programmes. A two-tier body, namely, the National Land Resources Conservation and Development Commission and the National Land Board has been set up to co-ordinate and oversee the activities of all the State Land Use Boards.

Besides Soil Conservation training Centre of Hazaribag (DVC), eight regional research-cum dem­onstration centres have been established at Dehradun (Himalayan region), Chandigarh (Siwalik region), Kota (ravines of Rajasthan), Valsad (ravines of Gujarat), Agra (ravines of Yamuna), Bellary (black soil), Ootacamund (hilly areas), Chhatra (watershed of Losi) and Jodhpur (desert for the study of prob­lems of soil and water conservation. Soil conservation is a set of management strategies for prevention of soil being eroded from the Earth’s surface or becoming chemically altered by overuse, acidification, salinization or other chemical soil contamination. It is a component of environmental soil science.

Erosion barriers on disturbed slope, Marin County, California Decisions regarding appropriate crop rotation, cover crops, and planted windbreaks are central to the ability of surface soils to retain their integrity, both with respect to erosive forces and chemical change from nutrient depletion. Crop rotation is simply the conventional alternation of crops on a given field, so that nutrient depletion is avoided from repetitive chemical uptake/deposition of single crop growth. Perimeter runoff control[edit] Trees, shrubs and ground-covers are effective perimeter treatment for soil erosion prevention, by insuring any surface flows are impeded. A special form of this perimeter or inter-row treatment is the use of a “grass way” that both channels and dissipates runoff through surface friction, impeding surface runoff, and encouraging infiltration of the slowed surface water.[2] Windbreaks[edit]

Windbreaks are created by planting sufficiently dense rows of trees at the windward exposure of an agricultural field subject to wind erosion.[3] Evergreen species are preferred to achieve year-round protection; however, as long as foliage is present in the seasons of bare soil surfaces, the effect of deciduous trees may also be adequate. Soil Conservation Measures in India – Essay

Soil and Water Conservation measures are one of the essential inputs for increasing agricultural output in the country. These programmes were first launched during the First Plan. From the very beginning, emphasis has been on development of technology for problem identification, enactment of appropriate legislation and constitution of policy coordination bodies. While conceptual framework of soil and water conservation activities has been changed, concept of programmes has undergone considerable revision during successive Five Year Plans. The Centrally-sponsored Scheme of Soil Conservation in the catchments of River Valley Project (RVP) was started in third Five Year Plan. Subsequently another scheme of Flood- Prone Rivers (FPR) was started in the Sixth Five Year Plan keeping in view the magnitude of floods in the year 1978.

Now, both schemes have been clubbed together during Ninth Five Year Plan on recommendation of Expenditure Finance Committee and further subsumed under Macro Management Mode since November 2000. Under the programme for the catchment management of River Valley Projects and Flood Prone Rivers, 53 catchments are covered, spread over 27 States. The total catchment area is 96.14 m.ha. With Priority Area needing urgent treatment in 26 m. ha. Out of this 5.69 m.ha. Have been treated till 2002-03 with an expenditure of Rs 1635.8 crores. A Centrally-sponsored Scheme of reclamation of alkali soil was taken up in Punjab, Haryana and Uttar Pradesh during the Seventh Five Year Plan. The scheme was further extended to the States of Gujarat, Madhya Pradesh and Rajasthan during the Eighth Five Year Plan.

During Ninth Plan extension of the scheme to all other States of India was approved where alkali soil problems exist as per scientific parameter. The scheme aims at improving physical conditions and productivity status of alkali soils for restoring optimum crop production. The major components of the scheme include, assured irrigation water on farm development works like land levelling, bunding and ploughing, community drainage system, application of soil amendment organic manures, etc. An area of 0.60 m.ha. Out of 3.5 m.ha. Of alkali land has been reclaimed till the end of 2002-03 in the country. The scheme at present stands subsumed in Macro Management Scheme. Another project for alkali land reclamation and development has been taken up in U.P. and Bihar with the help of EEC at an estimated cost of Rs 85.80 crore out of which Government of India’s share is Rs 6.88 crore.

The project envisages reclaiming 15,000 hectares of alkali soils during its life span of seven years. An area of 30,825 ha. Has been redaimed till the end of 2000-01 (terminal year). The scheme of Watershed Development Project in Shifting Cultivation Areas (WDPSCA) was launched in seven north-eastern States during the Eighth Plan from 1994-95 with 100 per cent Central assistance to the State Plan. The scheme aims at overall development of jhum areas on watershed basis. During Eighth Plan an amount of Rs 40.826 crore was released to the States -of north-east region and 0.67 lakh ha. Area was treated through treatment packages.

During Ninth Plan up to March 2002, 1.5 lakh ha. Have been treated with an expenditure of Rs 82 crore (against the approved programme and unspent balance of Eighth Plan). The new guidelines of the scheme on the basis of new watershed to common approach has been effective from November 2000 in the revised cost norms of Rs 10,000 per ha. On net treatable area basis with additional activities and improved institutional mechanism. During Tenth Plan, an area of 0.2 lakh ha has been treated at an expenditure of Rs 20 crore up to 2002-2003. 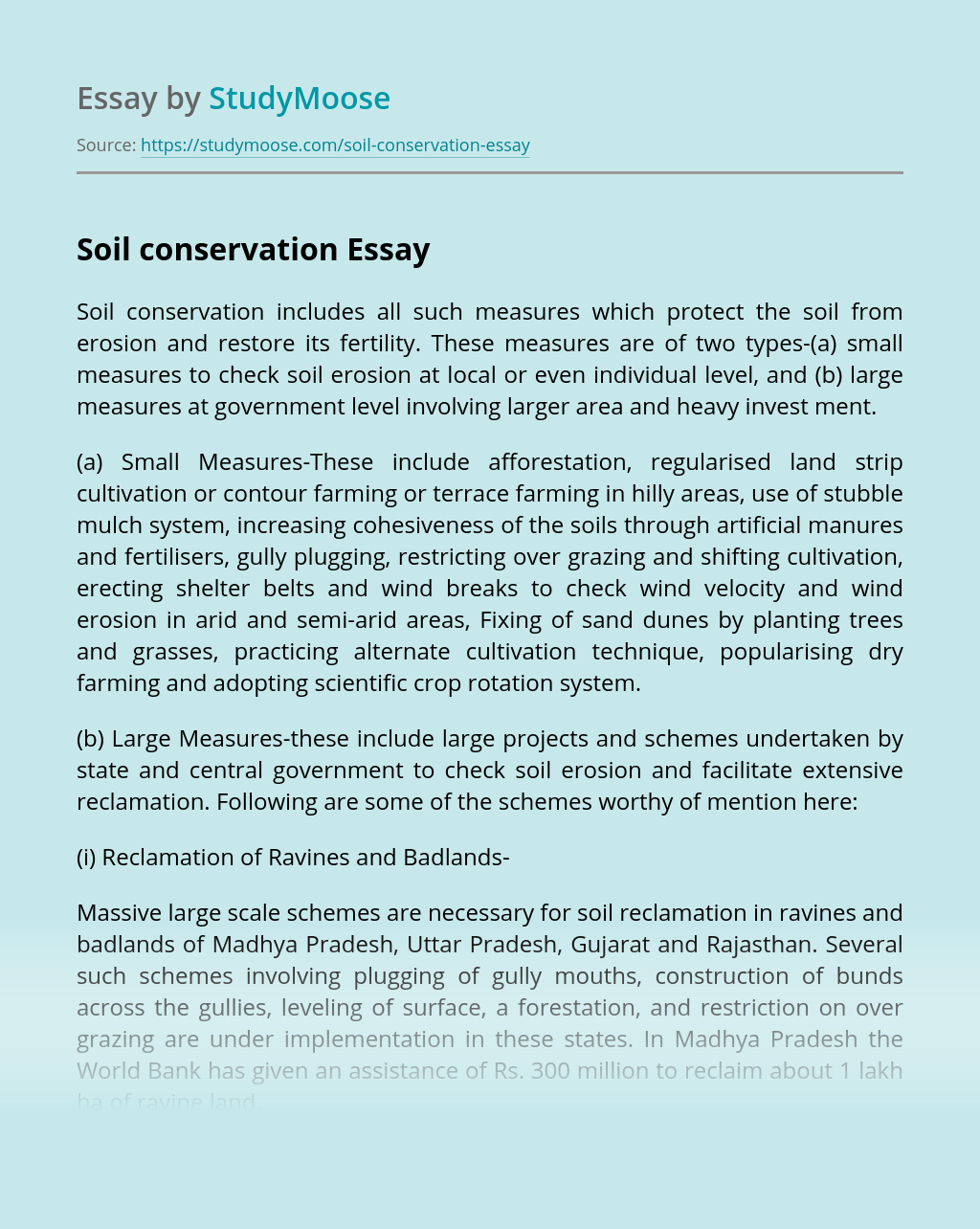