The study of literature within the discipline of sociology, integrates a concern for meaning and the unique properties inherent in literary texts, reflecting the economics, attitudes, morals and religion of the society that produced the texts.1Each society inter-connected and independent, yet distinct and diverse is influenced by the literature, for there are innumerable instances exemplifying the co-relation of life and literature.

The impact of literature is influential on man’s behavior and outlook, moreover, governing the minds of the populace, as proved in the realms of the history, either reinforcing the social system or invalidating it.

Don't use plagiarized sources.
Get Your Custom Essay on ﻿Sociological Approach to Literature Just from $13,9/Page

2From the reserves of the product of a creative and selective process that spanned centuries of historical and religious change, “Jahili”3 poetry administer the transvaluation of the cultured atmosphere of the Near East and the religious vision of a nascent Muslim doctrine in the pastoral-nomadic societies of the Early Arabs. Projecting the synonymous notion, in the contemporary world, with addition to the eloquent and artistic value, the literature delineates sociological aspects in reality, for instance, the Palestinian poet Ibrahim Tuqan cast an increasingly angry eye on the exacerbating situation of his homeland: You people, your foes are not such as to be gentle and merciful.

You people, before you is nothing but exile, so get ready.4

Literature has the efficacy to enlighten the intellectual understanding of the human race, transforming history, conjointly demolishing the hurdles obstructing the growth of society hence ‘each society would develop when the literature flourishes from within’,5 with the assistance of effectuating the ideologies and the postulates registered in the expositions. This paper suggests that the quintessential book of ‘Raudat-Hidayat’6, the stacked selection of hundred conclusive ‘ahaadeeth shareefah and akaaleem muneefah’ by His Holiness. Dr. Syedna Mohammed Burhanuddin TUS, as being the truest form of literature, reflects the structure and culture of Dawoodi Bohras, meanwhile inculcates the ingenuity for the satisfactory living in this adversary world. The indispensable collaborator, embodying the reflections and descriptions, despite of being sterile from a sociological point at the first sight, genuinely penetrates into the private and discreet sources of individual life.

The inferences for the relationship between literature and sociology have been broached and opted for, such as Emile Durkheim rejected the idea that education could be the force to transform society by concluding that education ‘can be reformed only if society itself is reformed’7. The precept of literature being a mirror to the society is ancient; however it is said, the idea of the systematic application appeared as an inception in Madame de Stael’s “De la litterature consideree dans ses rapports”8, exhibiting a social and historical interpretation of literature of several nations. To further the accessibility of sociological concepts, Lewis Loser proposed to use the literature in the classrooms, in order to deepen the understanding of various social issues. In the neoteric times, Wendy Griswold professed that the “sociology of literature was a non-field, like an amoeba -lacking firm structure”.9

The ambiance of literature awakens the consciousness of the mankind, generating the idea of utopia, a distinguished world10, established on humanization, which has been suppressed and eliminated, making the wealthiest societies on the Earth uninhabitable11. In the second half of the twentieth century, crime and social disorder began to rise, reckoning to the weakening of human ties, accelerating sharply approaching the decline of trust and confidence. The technological change which brought the “creative destruction”12 in the metropolis evoked reciprocal catastrophe in the world of social relationships, as registered by the statics of fatherless child, broken trust and deindustrialization. When the perseverance of the universe is close to humiliation, the eminence of this book is irreproachable, affirming the significance of eloquently presented words of wisdom, out of which one hadees, supplementing the cause of humanization, is as follows: “Do good to the worthy and the unworthy. If a person is worthy, then he is deserving of that good. If a person is unworthy, then you are one who does good regardless.”13

The message of literature, elucidating the mark of greatest value of human being is humanism, embodied with the intellect which overshadows instinct, to differentiate purified from the contaminated, limiting the access to the beneficial over the hazardous matter. A society build around the technology has covered the grounds of diplomacy, granting in return freedom and equality, which has been claimed and modified, without taking any effect, for inequality of recognition, respect, love, care and solidarity are found in the recent years14, whereas, this piece of advice deals with the equality on the main scale, which in turn envelopes the social structure with the fabric of love. Thus, the individual attains the best diversion from tension, anxiety, worries and fear for masses towards achieving a sense of relief and freedom, moving forward to the goal of perfection and liberation, which is rightly divulged by the culture of Dawoodi Bohras, as acknowledged by Mathew Arnold15: ‘Harmonious human perfection can be achieved only by culture, since culture is nothing but the love for the study of perfection in thoughts, words and deeds.’ The aspiration of disembarkation of spiritual satisfaction stem in human efforts in the field of science and technology, literary and religious services, in this manner, it is crucial to reveal such cultural knowledge, to generation after generation.

Robert Browning16 visualized the gaining of power by acquiring highest knowledge as the aim of life and with the passage of time realized that the highest goals and ideals shouldn’t be relinquished for earthly desires or trivial things, as failure to achieve perfection is not substantial, which can be spoiled by the efforts of forces, than care and devotion involved for the contrivance of lofty and noble ideals. All of this literary content seems to be imprisoned in the texts, for it is rarely seen that the vision Robert presented is acted upon, the intellectual concepts have been confined to materialism, leaving behind the refinement of spirituality. The theory and practice have the natural affinity to each other, which will be reconciled from the impact of the practitioners, just as His HolinessTUS enlightens the pathway towards good cause by demonstrating His deeds and thoughts. Making theory and methods relevant to real problems of the society and issues would end the tedium but the question raised is not “what should we do” but rather “do we have the will to do it?”17 The dilemma is the courage to carry out the enforced task, however, describing its complex nature, linking the attributes of spirituality along with the dignified body, as W.B. Yeats symbolically expresses the mortal life of man as the broad base of the spiraling cone and the apex representing the spiritual life of man.

The clarification of concepts in order to make efforts for the cleansing of the souls, is magnified in the literature represented by His Holiness TUS, like it can be seen in this advice that the doer is sprinkled with the peace and satisfaction by the revelation of him being towards the positive way, in all the aspects of life, as proclaimed by Syedi Yusuf Bhaisaheb NajmuddinRA in the eloquence of the literature of Syedna Taher SaifuddinRA : “He served by his noble self in detecting the meanings of eternal kind, and in between those meanings, were factual explanations and eternal concealments, glorifying the aspects of life and the exposures of the universe, with the eternal benefits, explaining all the themes which will emerge continually, appointing its principle and its assets.”18 The idiosyncrasy of Fatemi literature in the combination of this world and here-after, the utter projection of the truth, surmounts the relation between literature and sociology, and grants the reader this perspective: “Everything that was bestowed on him, led him to a clear straight path, the view became distinctive, collecting the thoughts in its scope”19 Thus it has been collected that the literature shows the correct path of light, illuminating the human’s mind and soul in the process, which makes him tackle the hardships of life, and evolve personal satisfaction, augmenting the desired perfection, proven by the literary statistics of the Dawoodi Bohra’s society, piously devoted to the welfare of the humanity, and abiding by the laws of humanization, in the guidance of their spiritual father, emanating the theories into practice. The prayers of the Mumineen sect are always for their Moula, before the Almighty to bestow him with a long life, and his descendant till the Day of Judgment. Ameen. 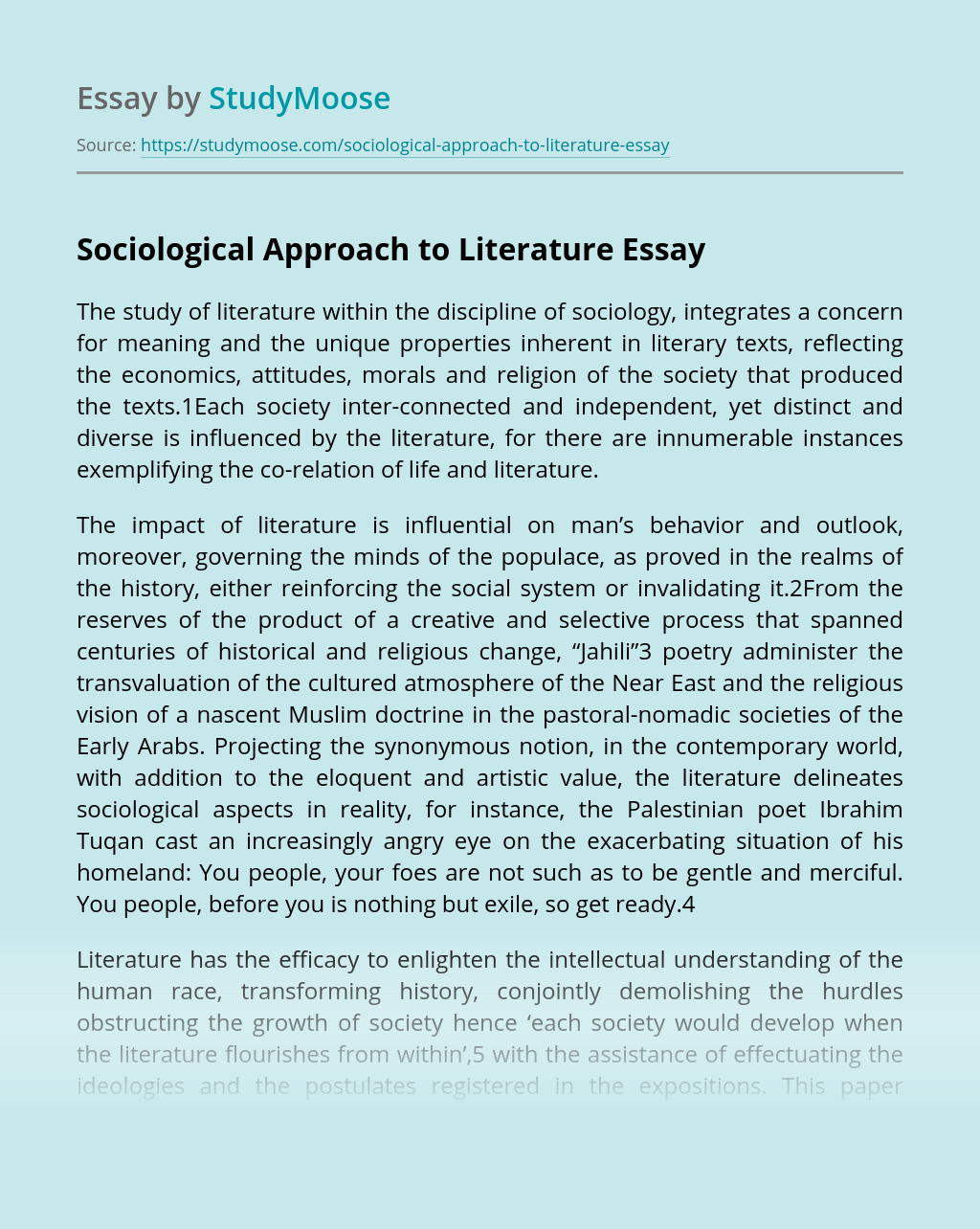 Administer medication to individuals and monitor the effects

Outcome 1 Understand legislation, policy and procedures relevant to administration of medication. 1. The current legislation, guideline policies and protocols relevant to the administration of medication are. Medicines Act 1968 & amendments. Categorises how medicines are provided and sold. Misuse of Drugs act 1971 (Controlled Drugs) and amendments. Health and Safety at Work Act 1974....

Jeffery Lionel Dahmer is a well-known American serial killer who murdered 17 boys and men from 1988 until July 22, 1991 when he was arrested in Millwaukee. His nicknames were “Milkwaukee Monster” and “Milwaukee Cannibal”, which was quite suiting considering his chosen methods of murder. (Apa-voices. yahoo) There are a lot of suspected theories as...

The related topic between the four articles listed below is abortion. There will always be an argument for abortion and against abortions. As a women, I can relate to both sides; pro-choice and pro-life. The fact that the government is trying to take away the choice for an abortions, raises a lot of questions to...

These actions suggest that human nature can change as someone can be nice towards one thing and then they can be disgusted with that same thing at a different time. Victor gets very friendly with Henry Clerval in the time that they are in Ingolstadt. Henry nurses Victor back to health when he is ill....