Shadman KhanRoll: 19141002Lecturer Nurul IslamFunctional English-110507 April 2019Corruption in Bangladesh Corruption is a disease that rots a country’s economic and social condition from the very within. One thing corruption always brings is instability. Unfortunately corruption is a problem that every country faces, but some face it more planning and accuracy and some countries just miserably fail to handle such socio-economic problem. Corruption always finds a way to dominate such countries economic activities and as a result society faces many problems like inequality, unemployment etc.

Don't use plagiarized sources. Get your custom essay on
“ Shadman KhanRoll 19141002Lecturer Nurul IslamFunctional English110507 April 2019Corruption in Bangladesh Corruption is a ”
Get custom paper
NEW! smart matching with writer

Corruption creates unreliability among citizens for the government and due to this government is regarded as a protector of corruption rather than the eradicator. But is the government only responsible for corruptions growth in a country? No, but they are held responsible for such activities. Corruption hampers the development of a country massively. Only way to eradicate this problem is transparency but nowadays it’s hard to come by. We all know that Bangladesh is a developing country but are we developing? That’s the main question isn’t it? According to Transparency International’s Corruption Perceptions Index (CPI) Bangladesh is placed 143rd.

To simplify we are the 17th most corrupted country out of 180. As previously stated corruption hampers development so being 17th corrupted country of the world how are we developing? Answer is very easy and that is we are not developing at the rate we should. We still have a long road cross to become a developed country but if we don’t handle our corruption problem we will never be able to become a role model of development that we so highly seek. 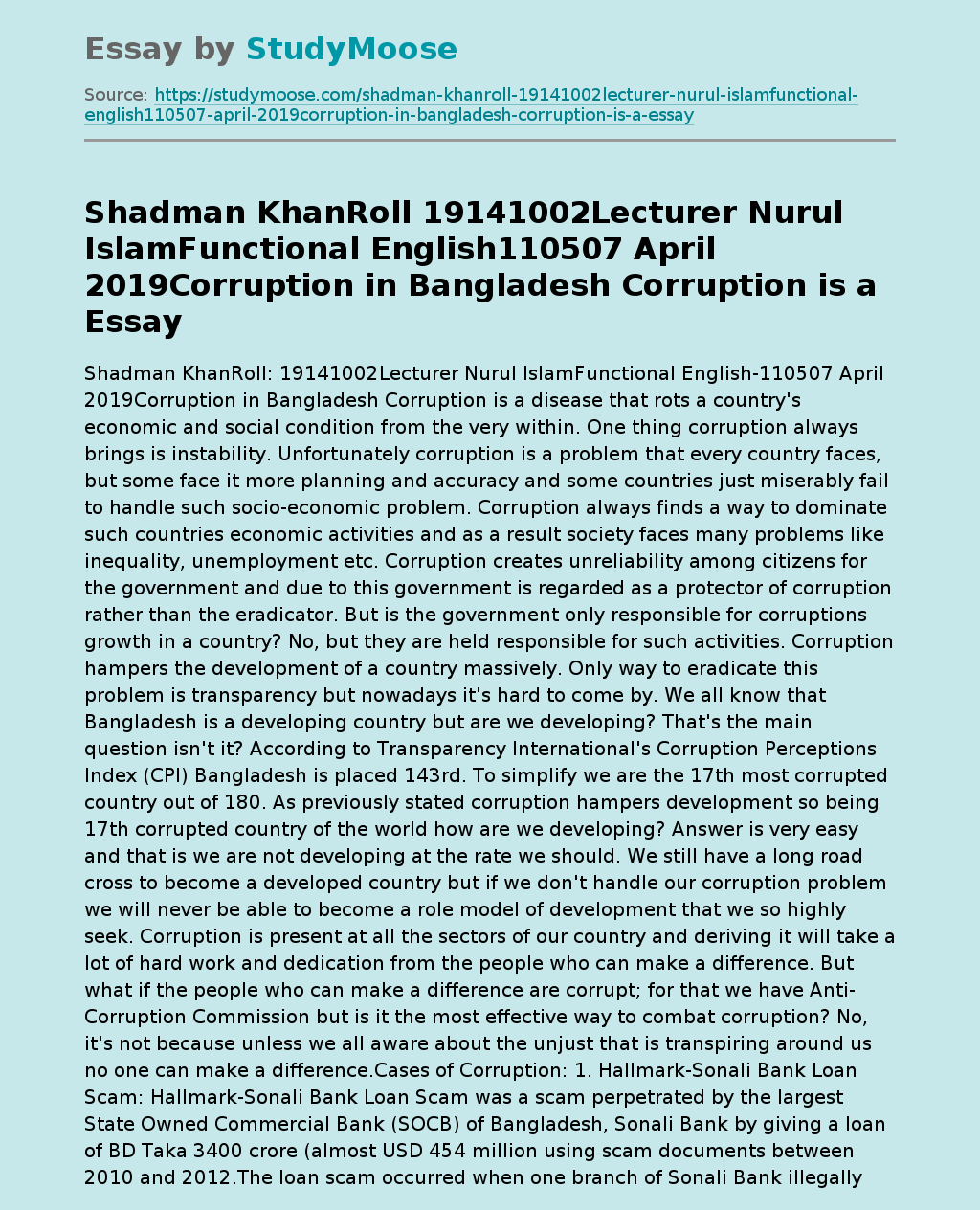