Role of police in society

It is widely regarded that the police in any given society have a difficult job to fulfill. Dealing with criminals and placing themselves in harms way on a day to day basis is indeed, an admirable calling. Although seen as difficult, there is an underlying sentiment in the general public that the job of law enforcement officers is relatively strightforward. Simply put, their job is to arrest the “bad guys”.

This is true to a point, a large part of their job is to arrest these so called “bad guys” however it is not as straightforward and simple as people would believe it to be.

Don't use plagiarized sources. Get your custom essay on
“ Role of police in society ”
Get custom paper
NEW! smart matching with writer

Police are faced with tough moral decisions on a day to day basis. They are to decide when and how to act when presented with violations of the law. They are given the use of force as a means of crime prevention but often times the very usage of this force is questioned and sometimes, deemed unnecessary or excessive.

They are also faced with the possibility of conflict of interest cases. Moral dilemmas are also a large part of policing. How they are dealt with is ultimately up to the individual officers but the ramifications of their decisions can be extremely damaging to both themselves and the community at large. There are however certain measures and procedur. The police have two main roles to play: crime investigation and crime prevention. The policemen’s job is thus to enforce laws that protect people and property. It is said that the police reacts after crime is committed but plays no part in the causes of criminality.

No wonder, with this presupposition, traditional criminologists did not pay much attention to the analysis of the role of law enforcement agencies.

In recent years, however, the police organisation is paid more attention. This is because of the new role expected of the police, their increasing work-load, and the increasing corruption in the police system.

Role of police in society. (2016, May 13). Retrieved from https://studymoose.com/role-of-police-in-society-essay 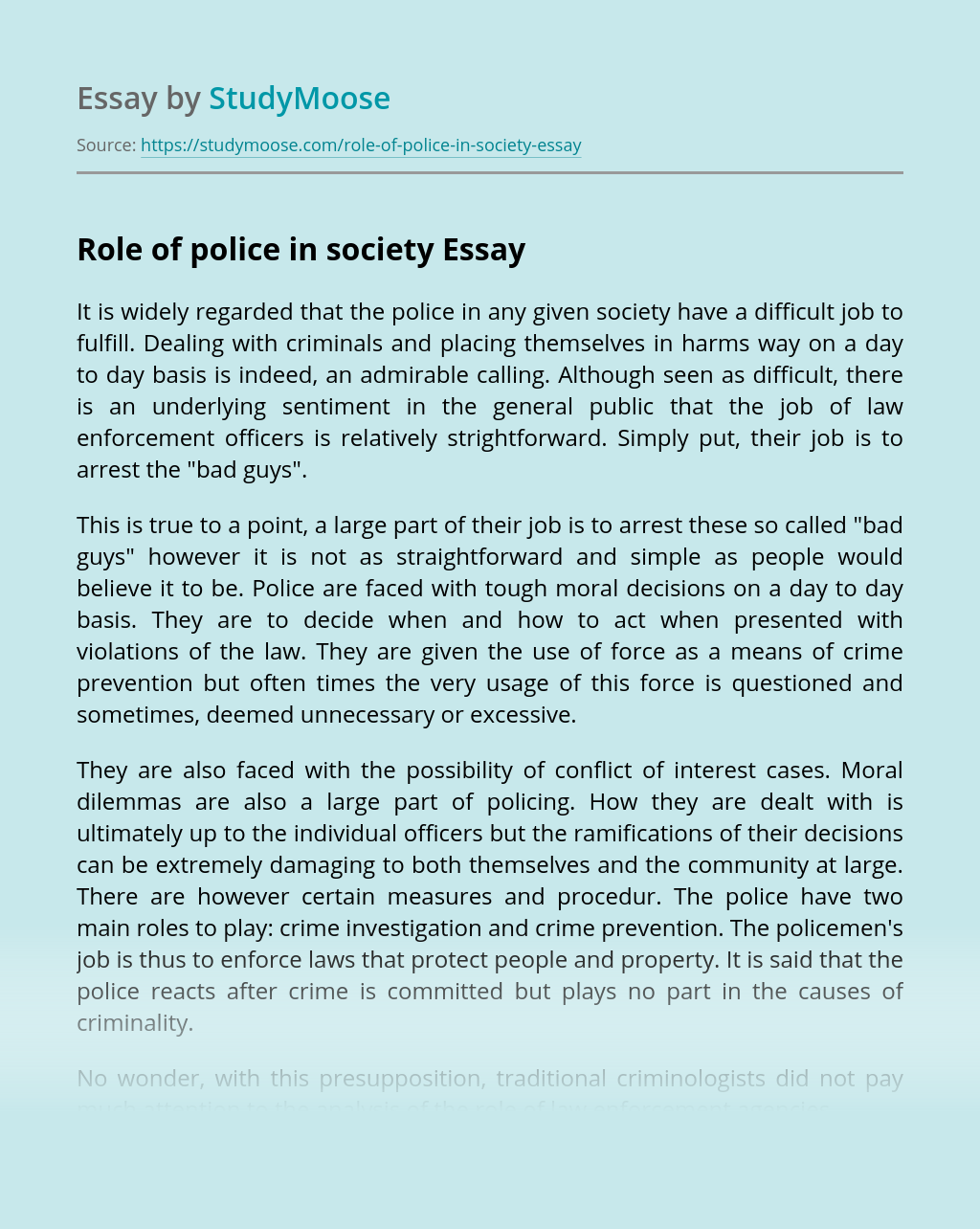