Facts of the case:

On November 28, 1994, The body of an armored van driver was found dead inside the vehicle. Also, there was more than $800,000 missing from the van leading police to believe that this was a robbery and homicide case. There were no witnesses to the crime except a local bystander who stated that two vehicles, a van and a red truck were speeding down the road earlier that day and had neglected to stop at the intersection where there is a stop sign posted.

Based on a tip, police were able to locate the red pickup truck and it’s owner, Timothy Ring. Police then listened to Timothy Ring’s phone conversations and quickly learned that he was involved with both the robbery and shooting. In the following days, police obtained a warrant and conducted a search of Timothy Ring’s home. They discovered a rifle and a bag full of cash in the amount of $271,681. They also recovered a letter with $575,995 written on the inside.

This amount, when added to the amount of cash recovered, added up to the same amount that had been stolen from the armored van.

A jury found Ring guilty of “murder occurring during an armed robbery”. This decision was based on the evidence obtained by the police. In Arizona, this is a capital offence. The prosecution’s case had no evidence that identified Ring as the “shooter”. However, under Arizona law at that time, a judge alone was required to determine the presence or absence of aggravating factors for imposition of the death penalty.

During the sentencing phase, the judge heard testimony from one of Ring’s accomplices who placed all the blame on Ring. He said that Ring had not only planned out the robbery, but he was also the one who had shot the driver of the armored van. The judge then found beyond a reasonable doubt the aggravating factor needed to sentence Ring to death. The judge found that the crime was committed for money and “in an especially heinous, cruel or depraved manner.” The judge then sentenced Ring to the death penalty.

Upon automatic appeal, the Arizona Supreme Court affirmed the sentence. The case was then appealed to the US Supreme Court.

Issue before the US Supreme Court:

As to the right to a jury trial under the sixth amendment, as made applicable to the states through the fourteenth amendment, may a judge alone determine aggravating factors necessary to impose a death sentence?

The US Supreme Court’s Decision:

The Supreme Court decided that juries rather than judges must make the determinations that subject a convicted murder to the death penalty. This was decided on a 7 to 2 decision.

Justice Ginsburg explained the decision for the Ring case. She stated that it is unusual for the court not to follow its past decisions.

“But the doctrine is not unyielding: we have overturned prior decisions when there is strong reason for setting the law straight. This is such a case,” she said.

The Apprendi decision dictated its application to the death sentence context, stating:

Justice Ginsburg concluded that the Sixth Amendment applies to both.

This case set forth the precedent that juries, not the judge, will have the ability to exercise their discretion when deciding aggravating factors which could lead to the enforcement of the death penalty.

This decision is also significant because it invalidated death penalty laws of five states and cast doubt on the laws of four others.

It also overturned the 1990 U. S. Supreme Court decision in Walton v Arizona.

In 1990, the Supreme Court case Walton v. Arizona upheld Arizona’s death sentence law over the appeal that it was unconstitutional, and thus, violated the Sixth Amendment right to a trial by jury. Then, in 2000, the Supreme Court case Apprendi v. New Jersey ruled that a judge had inappropriately lengthened a man’s sentence after the jury was dismissed. The Court overturned the sentence, saying the trial judge using his information to increase the sentence should have been decided by a jury and proven beyond a reasonable doubt.

Both the chief justice Rehnquist and justice O’Connor had the only dissenting opinions. They stated that Apprendi, not Walton, should have been overruled. Justice O’Connor said:

“Defendant’s death sentence required the judge’s factual findings. If Arizona prevailed on its opening argument, Apprendi would be reduced to a meaningless and formalistic rule of statutory drafting. This need to evaluate death penalty claims will greatly burden the courts in five states.”

At the time of this case, juries in Arizona, Colorado, Idaho, Montana and Nebraska had no role in sentencing people convicted in capital cases.

Justice O’Connor does raise a good point here. Because the presiding judge does have access to more information about the case and knows more about the defendant than the jury does, it could be argued that the judge is in a better informed position. Thus the judge could make a more educated decision than a jury could. However, law dictates that certain factors are not to be taken into account by a jury when deciding a case.

These factors may include past criminal behavior, certain evidence that may have been suppressed for a variety of reasons, or even the testimony of witnesses that is not allowed before the jury for any number of reasons. All of these factors are known to the judge and could be taken into account if allowed to decide a case on his/her own. This leads to bias and the unconstitutionality of being tried in court, but without the jury making the key determinations that make up the “Trial by jury” aspect of the constitution.

In my opinion, the US Supreme Court did come to the correct decision. If the presiding judge, and that judge alone, is allowed to make these decisions which determine sentencing, I believe there could be an unreasonable amount of bias in the judge’s decision. This is due to that judge having an extensive background dealing with the criminal element of society. Also, the judge has access to information to which a jury is not allowed when determining a verdict or a sentence.

In the case of Ring v Arizona, the jury found the defendant guilty of first-degree felony murder. Accordingly, the maximum punishment Ring could have received was life imprisonment. However, because the judge had decided there were “aggravating factors” in the crime, the judge exercised his ability to sentence the defendant to death.

The question presented is whether that aggravating factor may be found by the judge, as Arizona law specifies, or whether the Sixth Amendment’s jury trial guarantee requires that the aggravating factor determination be entrusted to the jury. The answer must be yes. The jury and not the judge is responsible for determining the weight of the evidence and if there are any “aggravating factors”. This can also be seen in the case of United States v. Gaudin:

In Furman v Georgia, the Supreme Court found that it must be the jury and not the judge that enforces the death penalty:

“It is insisted that the channeling and limiting of the sentencer’s discretion in imposing the death penalty is a fundamental constitutional requirement for sufficiently minimizing the risk of wholly arbitrary and capricious action.” (408 S Ct. 238 (1972).

Allowing a judge to decide the weight of different factors in a case is defeating of the point of the jury. The jury is there to act as an unbiased, fair, and reasonable representation of society. It is my final opinion that it is the responsibility of the jury, and not the judge, to determine the weight of evidence, guilt, innocence, or whether the death penalty should be instated for a specific crime.a 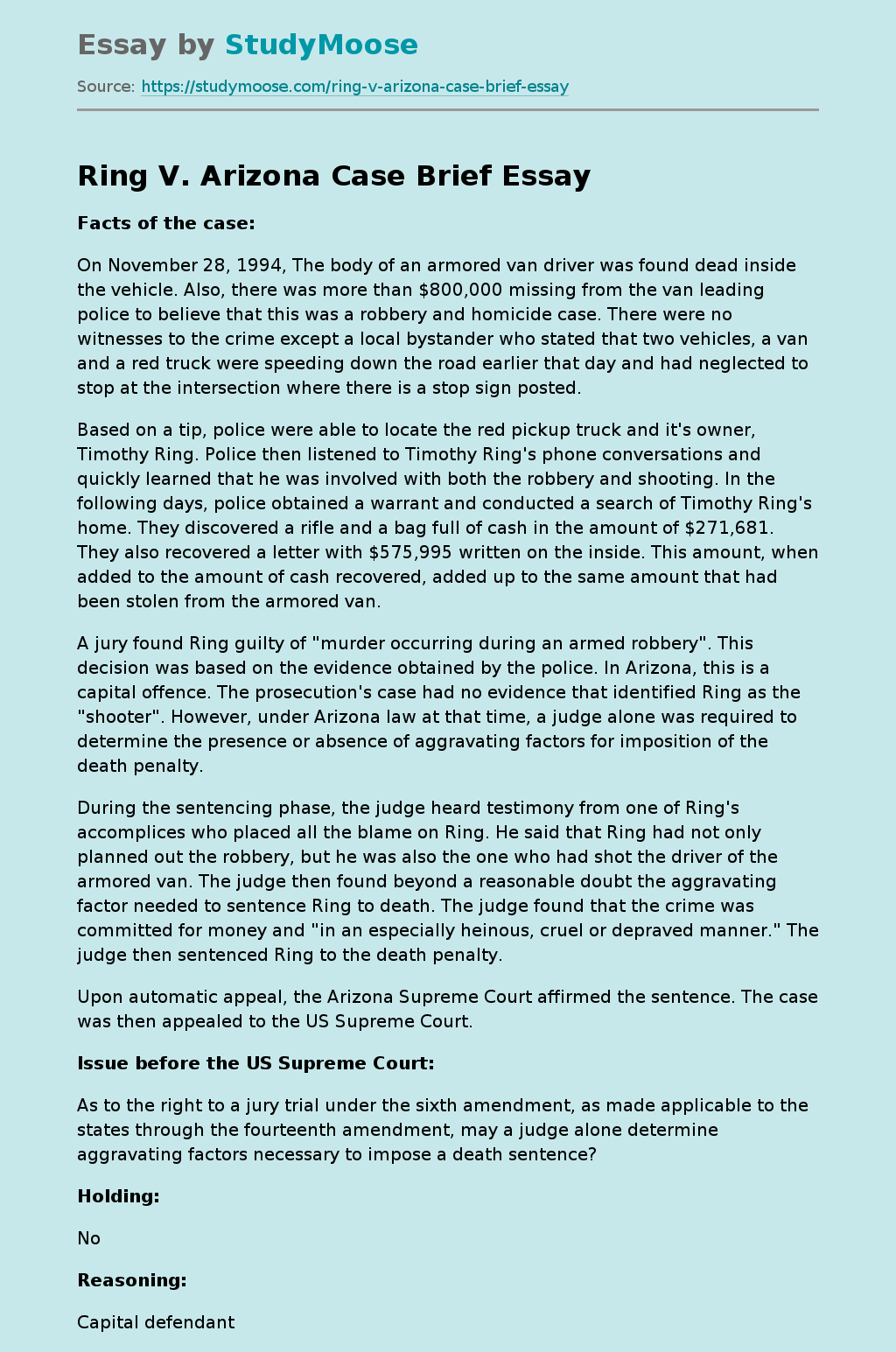