Today human rights are central to the discourse of International Public Policy and Scholarship. And the mechanisms have evolved dramatically since the signing of the Universal Declaration of Human Rights (UDHR) on 10 December 1948. Human Rights do not exist in a vacuum, inevitably, they are formulated by individuals and state and they are implemented by states themselves. However, a number of national, regional and international bodies exercise responsibility for overseeing the monitoring of human rights and ensuring that states comply with obligation.

Don't use plagiarized sources. Get your custom essay on
“ Review of Universal Declaration Of Human Rights ”
Get custom paper
NEW! smart matching with writer

The Constitution of India was drafted by the Constituent Assembly on 9th December, 1946 and after long discussions and debates by the foremost legal luminaries and thinkers of our country the draft Constitution was finally adopted on 26th November, 1949. The framers of the Indian Constitution were influenced by the concept of human rights and guaranteed most of human rights contained in the UDHR. The UDHR contains Civil and Political as well as Economic Social and Cultural rights.

While Civil and Political rights has been incorporated in Part III of Indian Constitution i.

However, these are certain rights which are contained in the UDHR but have not been expressly mentioned in the Constitution.

Article 21 of the Indian Constitution is of widest amplitude and several unremunerated rights fall within it. 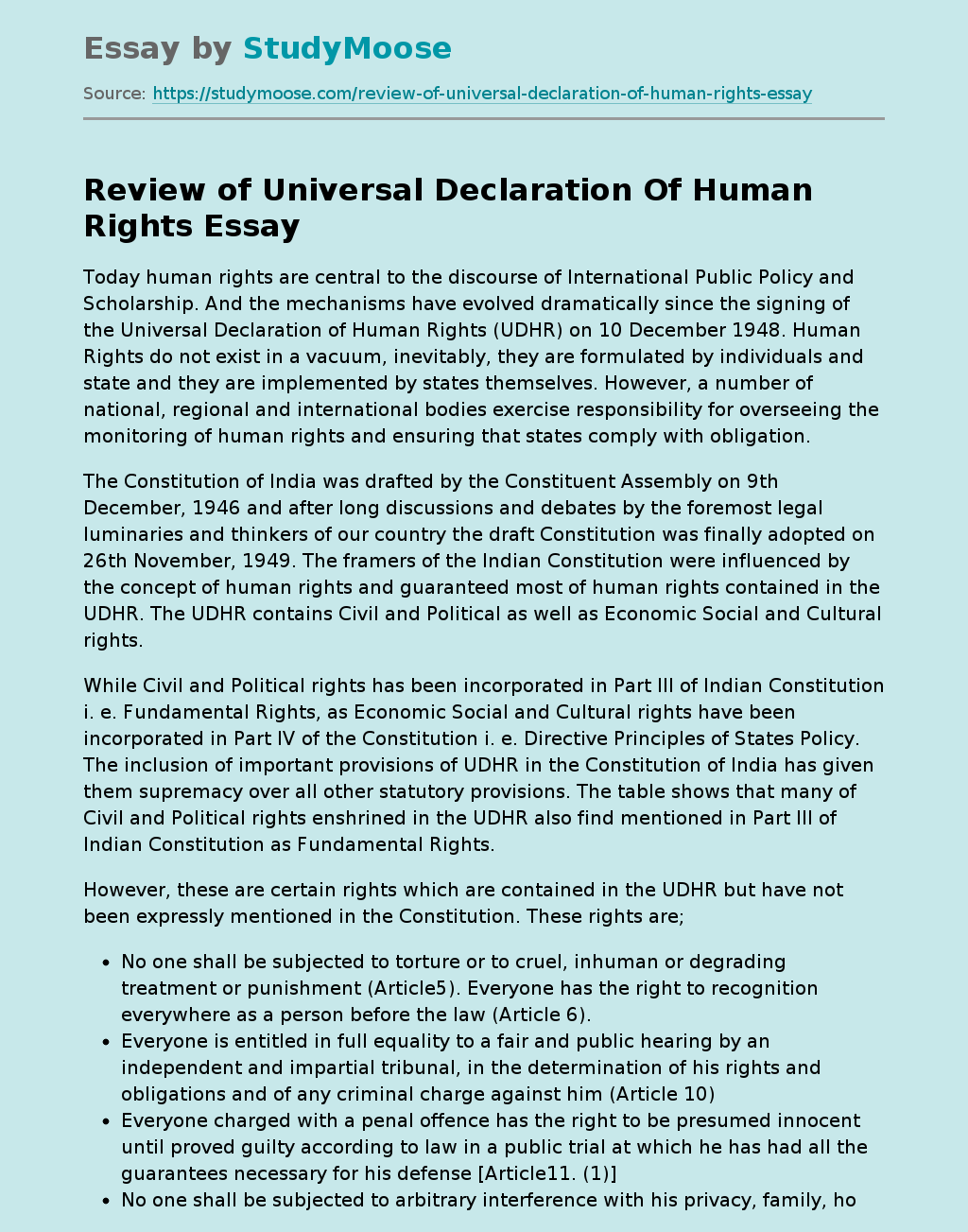