Don't use plagiarized sources. Get your custom essay on
“ Ratio Analysis Memo ”
Get custom paper
NEW! smart matching with writer

The profit margin ratio showed that during 2002 Kudler made a profit of four cents per dollar, and during 2003 they made a profit of roughly six cents per dollar. In addition, the return on assets ratio (which is also a profitability ratio) showed that Kudler utilized their assets efficiently enough to turn a profit. The solvency ratio used, which was the debt to total assets ratio, showed that during 2002 and 2003 Kudler only had around a quarter of their assets financed in debt.

All of these ratios show that Kudler was a fairly strong company financially during 2002 and 2003. When trying to figure out how successful Kudler Fine Foods is, it is critical to review all financial statements. By using the horizontal and vertical analysis and the determining ratio calculations the profitability, liquidity, and solvency are figured. A specific ratio analysis may intrigue a particular customer. Lenders or suppliers would be interested in the liquidity ratio because the company’s likelihood to pay off short-term debt is obvious.

The profit of the company determines the potential impending success and would be important to creditors and investors. The solvency ratios show if the company will continue to grow and stockholders or financial analysts would be interested in these ratios. Asset Turnover is the amount of sales or revenues produced per dollar of assets. The Asset Turnover ratio is a gauge of the productivity in which a company is using its assets. The number of times is calculated by the net sales divided by the average assets. Usually, the higher the ratio, the better it is, since it implies the company is generating more revenues per dollar of assets (“Investopedia”, 2014). The asset turnover ratio tends to be higher for companies in a sector like consumer staples, which has a relatively small asset base but high sales volume. On the other hand, companies in areas like utilities and broadcastings, which have large asset bases, will have lower asset turnover. Kudler Fine Foods asset turnover ratio shows that from 2002 to 2003 there was not much of an increase. However, the percent does improve at a .3% increase from year to year. A profit margin is a ratio of profitability calculated as net income divided by revenues, or net profits divided by sales (“Investopedia”, 2014). It measures how much out of every dollar of sales a company actually keeps in earnings.

We conducted a vertical analysis of the balance sheet and income statement and found that these figures indicated that the company is strong, and there were not any negative figures, which is always a good sign. Some of the numbers were low, but that also was a good indicator, as the low numbers were the relationship between the expenses against the net sales. This indicates that there were more than enough sales to cover the expenses. We also found that when comparing the net sales against the net profits, the percentage was a bit low, but still within a strong range. Overall Kudler Foods is a strong business that will continue to grow as it is managed carefully and changes are made when necessary to adjust to the market itself. 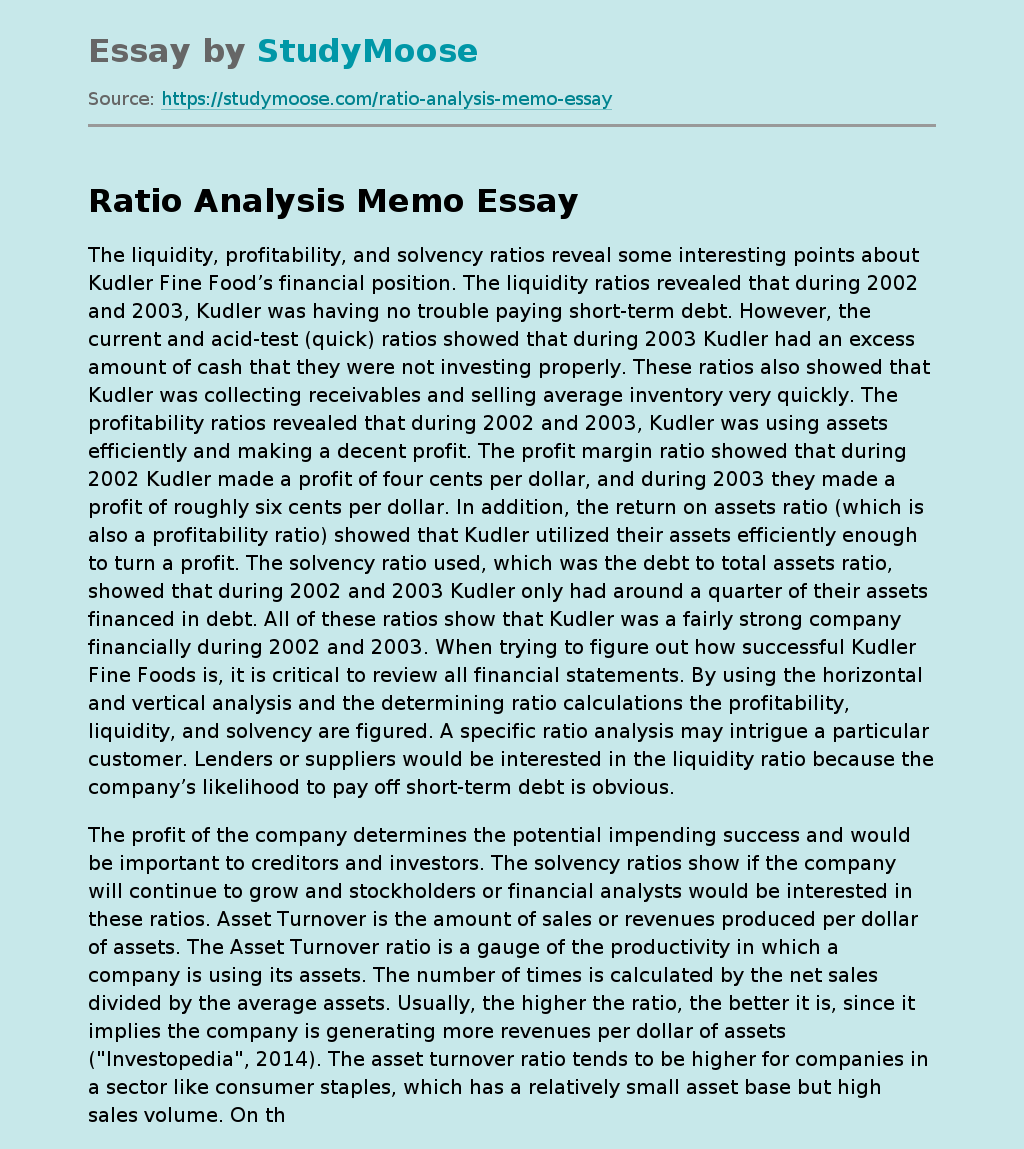