Both qualitative and quantitative research methods have their specific qualities which make them useful to a researcher, however in the course of this short essay I will explain why, for several reasons, qualitative research is better. As both methods operate within different assumptions, it is important to stem criticism for each method’s respective theoretical base in order to adequately judge them. In the course of this essay I will highlight each method’s theoretical assumptions and then I will assess each method by pointing out their positive and negative factors.

The underlying assumption behind qualitative research is that the entire subject needs to be examined in order to understand the phenomenon. Quantitative research however, places importance in collecting and analyzing data from parts of a trend and in so doing, can miss important aspects which could lead to a complete understanding of the whole phenomenon.

40) This enables qualitative research to be more involved with the subject at hand whereas quantitative research has the same rules which it applies to every subject matter, thus making it easier to overlook important evidence.

As the researcher using qualitative methods becomes entirely immersed in the data collection phase of the project, he himself actually becoming the data collection tool as opposed to the questionnaires and equipment used by quantitative researchers, it allows him to gain a better understanding of the subject matter as a whole and observe the subject in its own environment:Human behaviour is significantly influenced by the setting in which it occurs; thus one must study that behaviour in situations.

The physical setting ¬e.g., schedules, space, pay, and rewards ¬and the internalized notions of norms, traditions, roles, and values are crucial contextual variables. Research must be conducted in the setting where all the contextual variables are operating. (Marshall & Rossman: 1980)Quantitative research disregards these valuable contextual variables as most of the work is done in a laboratory with the researcher using the principles of impartiality and an objective portrayal of the subject.

1.Using British Election Study data for example, why is it problematic to do quantitative research on ethnic minorities?It is problematic to do quantitative research on ethnic minorities because the standard deviation is so small, thus the observations are spread out over a very small sample which would not accurately represent the entire ethnic group. There is such a small valid percent that subjects would need to be targeted as they are unlikely to be caught during random sampling.

Content analysis has been described as:’Any technique for making inferences by objectively and systematically identifying specified characteristics of messages’ (Holsti: 1969 p. 14)Compare this with a definition of quantitative research:’The aim is to classify features, count them, and construct statistical models in an attempt to explain what is observed. It is objective – seeks precise measurement & analysis of target concepts.’ (Miles & Huberman: 1994, p. 40)Both of these definitions contain the term objective, which shows that both of the methods share the core aspect of non-interference with subjects:’Content analysis is often referred to as an unobtrusive method'(Bryman: 2008, p. 289)This key concept lies at the heart of both content analysis and quantitative research methods, it is an obvious similarity.

Furthermore, both methods of research have a high level of transparency because they are both highly structured and systematic in their approach. Shephard stated that to conduct his analysis ‘objectively and systematically’ (two quantitative features) that he had to identify his sample, sample period, text/images and what words and images to count. This shows that both content analysis and quantitative research share ‘epistemologically grounded beliefs about what constitutes acceptable knowledge’ (Bryman: 2008, p. 155)In conclusion, it is accurate to label content analysis as a quantitative method due to the fact that it shares many features in common with quantitative research. These include, maintaining objectivity during the study, transparency and a systematic approach to research. These features indicate that content analysis is grounded in the same theoretical processes and philosophy as quantitative research.

Focus groups can provide an insight into the way in which people organize and interpret knowledge as well as how people construe information. This is especially useful in the study of audience reception- how audiences receive different kinds of television and radio programmes, etc. Such a study was conducted by Morley in 1980 into how Nationwide, a popular television programme at the time, was received by specific groups of people. He noticed that different groups had different interpretations of the programmes which they had watched, which indicated that the meaning of the programme was based in the way it was watched and interpreted not in the programme itself. (Bryman: 2008, 475) This provides more information that a simple interview because the interviewee has the choice to respond to fellow participants and argue with them, leading the researcher to gain a greater insight into why they hold such beliefs and how strongly they feel about them.

Another advantage of focus groups is that they can provide a more open environment to respond to questions by the way in which they are selected prior to the event. For example, Kitzinger notes in her research on HIV that any attempts at discussions about risks for gay men were blocked out by strong homophobic clamouring amongst homophobic men. (Kitzinger: 1994b in Bloor, et al: 2001, p. 20) Therefore focus groups consisting of specific groups such as male prostitutes, retirement club members, etc, provided a more relaxed environment in which views could be openly discussed without fear of being criticised for one’s beliefs. In addition to this, organising groups consisting of only HIV positive people meant that disclosure of a potentially stigmatising status could be overcome. (Bloor: 2001 p. 23)However focus groups also have their disadvantages, the most prominent one being the role of the researcher within the discussion- the way in which the focus group is designed, the participants selected to take part, where the meeting takes place, how the questions are worded and delivered and who the instigator is may affect the responses which are obtained.

This raises the question over the validity of the results as the researcher has less control over a focus group than he would over a one on one interview with respondents possibly talking amongst themselves on irrelevant issues, or the simple fact that they may get bored or have personality issues with other members of the group. (Walvis: 2003 p. 405)Another disadvantage of focus groups is the tendency of researchers to (either consciously or subconsciously) pick groups so that they align with pre-determined beliefs about a subject. One famous example of this was when Coca-Cola launched ‘New Coke’ in 1985 despite the fact that the focus groups had made it explicit that they would not like to see the traditional coke removed from the shelves. (Pendergast: 1993 and Greising: 1998)

The taste-tests however had proved positive, but they had not been asked the vital question about how they would feel if traditional coke was removed from the shelves, this positive response was more in line with how the CEO of Coca-Cola felt about the product and it was launched based on the back of poorly conducted focus groups. The subsequent product was a massive failure and lost Coca-Cola a large share of the market; it was obvious that Coca-Cola had spent too much time and money on the plan to dismiss it on the results from focus group research at the last minute.

One final disadvantage of focus groups is their limited spread of views; Morgan (1998) suggests that the average size of a group should be around six to ten people. This clearly cannot be representative of the population as a whole- Stephen Fisher and Robert Andersen (2005) state that in order to have a representative sample for one million people you would need, with a margin of error of 5%, 384 participants. 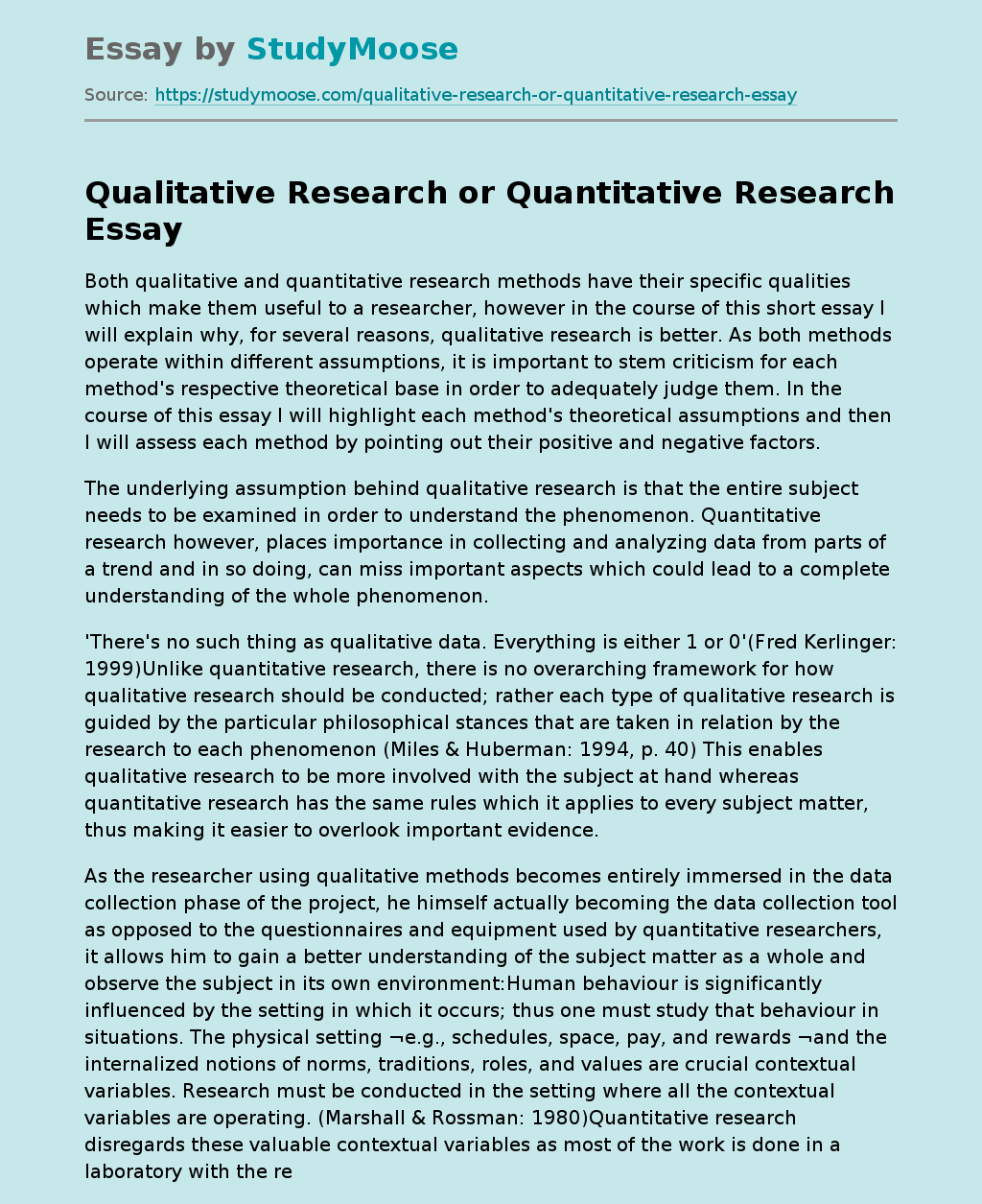