Piezoelectricity is the ability of some materials such as crystals and certain ceramics, to generate an electric potential in response to applied mechanical stress or heat. If the piezo crystals are not short-circuited, the applied charge induces a voltage across the material.

Don't use plagiarized sources. Get your custom essay on
“ Piezoelectric Crystal ”
Get custom paper
NEW! smart matching with writer

The most common crystals used is lead zirconate titanate crystals. The Piezo effect finds many applications such as the production and detection of sound, generation of high voltages, electronic frequency generation, microbalances, and ultra fine focusing of optical assemblies. It is also the basis of a number of scientific instrumental techniques with atomic resolution, the scanning probe microscopies and everyday uses such as acting as the ignition source for cigarette lighters and push-start propane barbecues.

In a piezoelectric crystal, the positive and negative electrical charges are separated, but symmetrically distributed. This makes the crystal electrically neutral. Each of these sides forms an electric dipole and dipoles near each other tend to be aligned in regions called “Weiss domains”. The domains are usually randomly oriented, but can be aligned during poling, a process by which a strong electric field is applied across the material, usually at elevated temperatures.

When a mechanical stress is applied, this symmetry is disturbed, and the charge asymmetry generates a voltage across the material.

In Converse piezoelectric effect, application of an electrical field creates mechanical deformation in the crystal. The most common application of piezo crystals to generate a potential is the electric cigarette lighter. Pressing the button of the lighter causes a spring-loaded hammer to hit a piezoelectric crystal, producing a sufficiently high voltage that electric current flows across a small spark gap, thus heating and igniting the gas. Some substances like quartz can generate potential differences of thousands of volts through direct piezo electric effect. 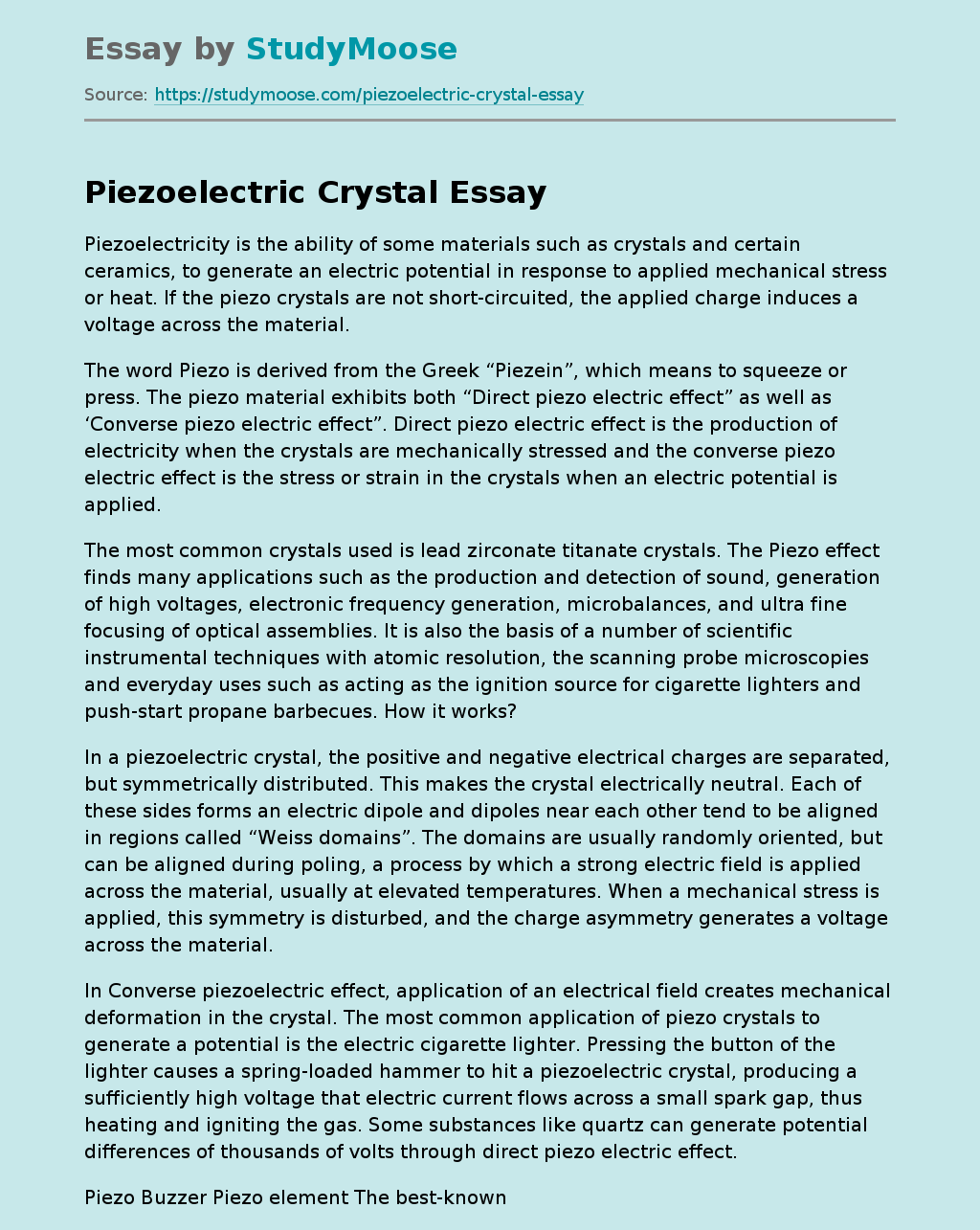