Leadership is an important characteristic in any field. Early on, it has been recognized that the success of any organization is highly dependent upon the quality of leadership. Even if the organization has a number of talented individuals, without strong leadership, there would be no success. In a similar light, the success of the military depends on strong leadership. It has been said that in the military, leadership is a requisite.

As an integral component in warfare, leadership determines the outcome of combat operations, without it, it can be fairly argued that no military operation would be success.

Don't use plagiarized sources. Get your custom essay on
“ Once An Eagle ”
Get custom paper
NEW! smart matching with writer

As the brain, leaders are expected to have the power of command. The subordinates in the group all rely upon the leader to provide wisdom and guidance, not to mention excellent judgment. It is essential, therefore, that a good leader has the following characteristics such as charisma, confidence, sound judgment, wisdom and intelligence.

Military history is filled with individuals who were “born leaders.

” A brief glimpse into the role of monuments and military commanders will reveal a common characteristic, they were all excellent leaders. The civil war gave rise to many superior commanders such as Joshua Chamberlain and John Logan who, despite their lack of military training, were able to lead their troops into combat and inspire many victories. The requisite ability that these fine commanders possessed was the ability to inspire their troops by providing an excellent example.

Unlike other leaders, these fine leaders chose to lead through example. They were regarded as the epitomes of self-sacrifice and honor.

None of them felt that they were too important to be left out of the battlefield and they were never hesitant to take their place in the frontlines should it be required of them. This aspect is what made them leaders. Another important aspect of leadership that is best exemplified by the actions of General Robert E. Lee who not only won the affection of his troops but also exhibited a talent for disciplined application.

While it may not be necessary to have the affection of one’s troops during war, as shown by General Ulysses S. Grant, current military strategies emphasize the importance of a leader who is not only able to provide sound judgment but who is also able to inspire his troops. Charisma combined with the ability to make the best decisions in any given situation would therefore be the essence of excellent leadership. The reason for this is that in achieving one’s goal it is necessary that it be accomplished through motivation, direction and purpose.

These essential characteristics have been shown by many of the great Commanders during the Second World War including but not limited to General Douglas McArthur who liberated Australia and the Philippines from Japanese occupation. It is difficult to say which style works the best as it is possible that the combination of charisma and the ability to make the best decisions in any given situation may be exhibit in many different forms of leadership.

Leaders may sometimes be directors, participators or even delegators. Yet, it is not so much how the practice their leadership but their ability to get results. The military operations during the first Gulf War gave rise to a new breed of military commanders who were able to obtain results despite the differences in their leadership styles. Commanders such as Norman Schwarzkopf and Collin Powell demonstrated that leadership need not necessarily be overbearing.

The important thing is that the commander understands the importance of the situation and is able to use the abilities of the troops, despite the limitations, to achieve the intended results. In any case, it must be remembered that the leadership that these great commanders possessed was not limited to the battlefield. From the very first day that they took command, they showed their leadership and cultivated the necessary traits that they felt was needed in their troops in order to become effective in future tasks. 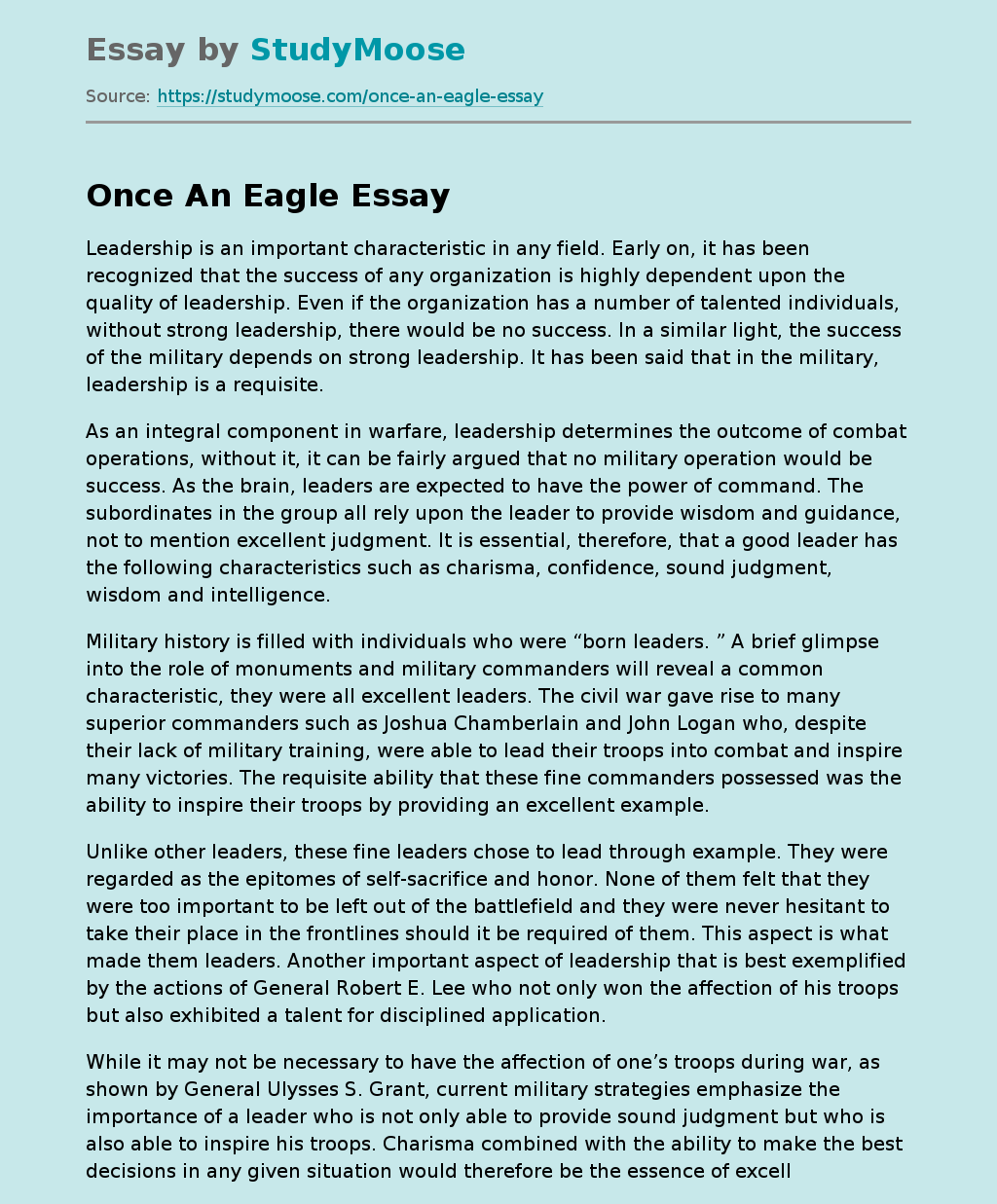