When Oliver was only 9 years old, he’d grown too old for the ‘Baby Farm’ and was then forced to move to a workhouse. Just like where he previously lived he wasn’t fed very well, fed a bit of oatmeal and 3 meals of gruel everyday, an onion twice a week, half a roll every Sunday, however he now had an unlimited supply of water. Here he was forced to work very hard and he had to pull apart rope in order to make ‘oakum’ which was used to fill in cracks on ships.

Don't use plagiarized sources. Get your custom essay on
“ My Favourite Book Oliver Twist ”
Get custom paper
NEW! smart matching with writer

Proficient in: My Favourite

On special occasions each child would also be given two ounces and a quarter of bread too. Luckily Oliver wasn’t living in the workhouse for long because he asked the Master for some more food because another member of the workhouse was still feeling hungry. Oliver and the other boy were locked in a dark cupboard for a long time(until someone offered to buy him for five pounds) and Oliver was then sent to the board where he was sold to Mr.

Sowerberry. Poor married couples were forced to get divorced and instead of the husband after the marriage, looking after the children his children would in fact be taken away from him and placed in a separate part of the workhouse where they wouldn’t ever see their father again. The Board was a group of old, wealthy men who made decisions about the workhouse, their members consisted of people who were good with money, education, religion and law.

The Board like other authorities, seemed to believed that poor people like living in Workhouses and being gradually starved of food. When Oliver goes to see the board for the first time, he doesn’t know what the board actually is and ends up bowing to the table. The board ask him whether he’s a good Christian or not. This is very ironic because the bible teaches people that you should treat others how you’d like to be treated, but some of the board members treat the poor like slaves, animals and like they’re criminals.

This shows how corrupt the workhouses were and that the men were a hypocrisy. The gentlemen in the white waist coat(a member of the board) says in response to Oliver asking for more food, that Oliver should be hung. This shows that the poor weren’t thought highly of at all and that the board thought that the poor should be happy with what they’ve been given. The board try to show that they’re very good Christians by accusing Oliver of being in the league of the “very devil himself”. 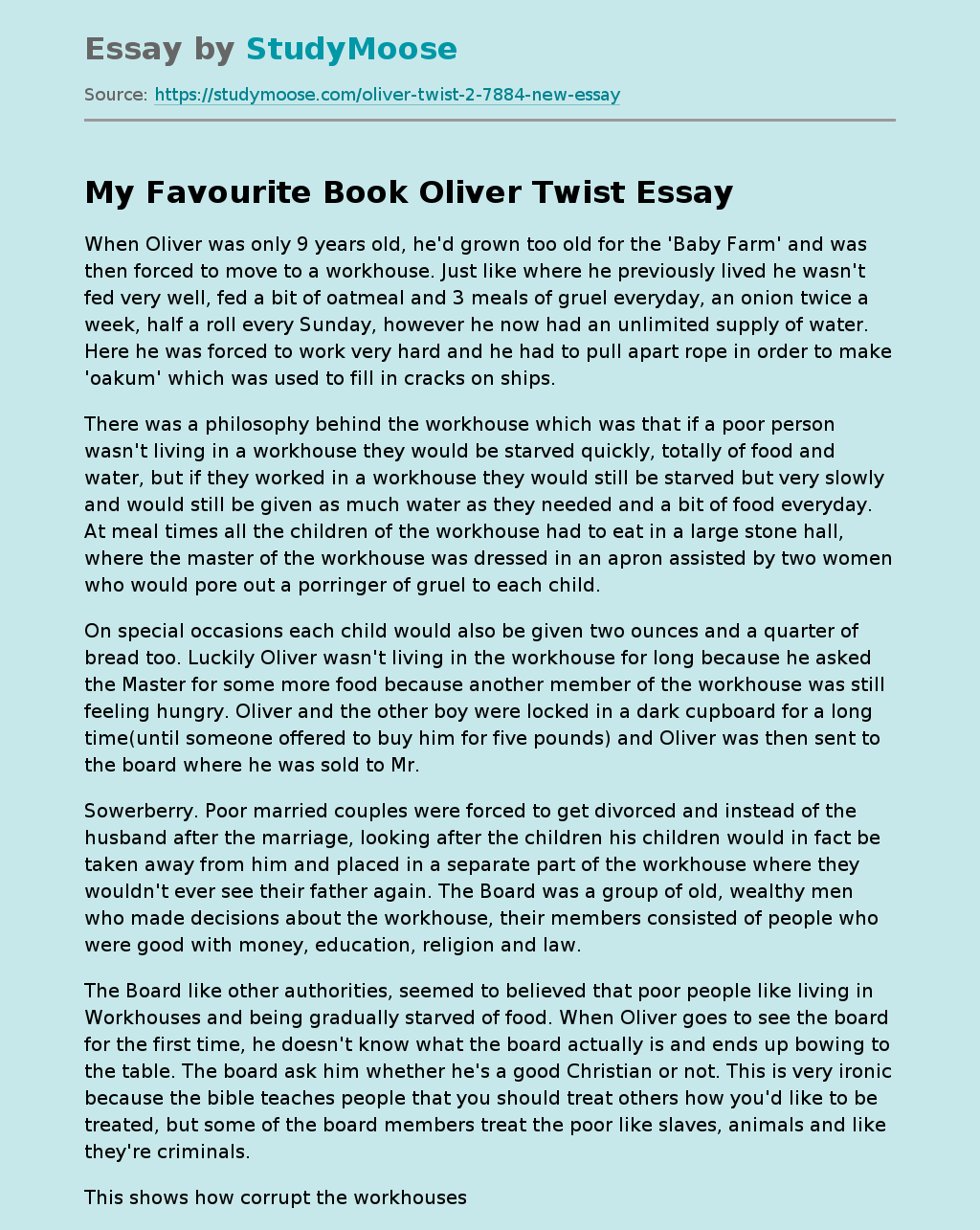