1) MTV has become the icon of cable stations across the country. Their success has been analyzed and reported for many years. MTV began as a venue for record companies to show music videos to advertise their artists. Today, the channel reaches over 70 million United States households. MTV was the first 24-hour, seven-day-a-week commercial channel, because the music videos were seen as advertisements that ranged from artists and record labels to clothing and attitudes. There are many reasons given for MTV’s success throughout its lifetime.

Don't use plagiarized sources. Get your custom essay on
“ MTV: Target Market and Demographics ”
Get custom paper
NEW! smart matching with writer

What MTV aimed at was to capture the teen audience. They did this by means of eliminating adults from shows. MTV gives teens a feeling that they are the center of the universe: that they are powerful, and cool. When someone signs up to work for MTV, they are basically signing up to become 21 years old.

This immerses them into these young adults’ music, style, and reality. MTV also uses many techniques like changing styles and introducing new music to keep teen viewers hungering for more.

MTV’s tactical development of targeting the teen audience has been a positive maneuver and is the dominating force in the rise of the company’s popularity. Presented here are three major motives that highlight MTV’s fame. First, after ratings fell in the 1990s, MTV managed to bring itself back to the top of the ratings by certain marketing ploys.

Second, MTV educates and familiarizes today’s teenage culture with the changing society. Thirdly, MTV devotes all of its programming to serve the interest of the public demographic. 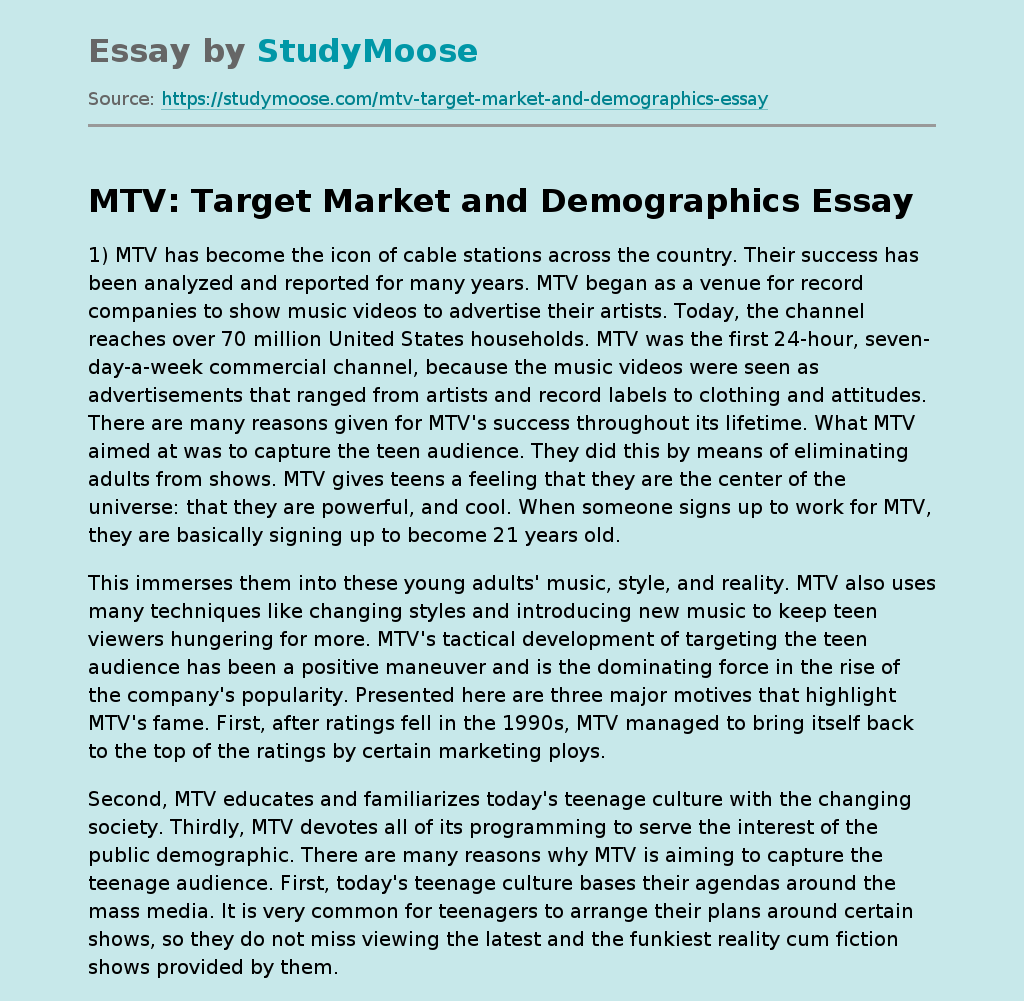