Serial Killers and the Influences in Hollywood’s Pop Culture

Research Question(s): Why have infamous serial killer cases become so popular in the media and are portrayed in Hollywood films/TV shows? Why do the audiences find horror movies based on killers entertaining? Are the viewers psychologically predisposed by these depictions to react with violence and committing murder?

Importance: This is an important issue because there is an increase in the violence portrayed on TV that has influenced the viewers into “fixing” their problems by turning in committing crimes.

Don't use plagiarized sources. Get your custom essay on
“ Serial Killers and the Influences in Hollywood’s Pop Culture ”
Get custom paper
NEW! smart matching with writer

The viewers are psychologically predisposed to the violence and inept to assimilate into social customs thus brings the audience to resolve their life problems with violence. Hollywood movie producers should revise their scripts and removed movie projects based on murderers in order to decrease the percentage of viewers turning to crimes.

Possible Counterarguments: Hollywood has changed the dynamics of the entertainment business. The shows such as Dexter and movies like Silence of the lambs and Psycho are seen as surreal works of entertainment and do not influence the audience to turn to violence.

Interest: This topic interests me because my major is criminology. I plan on the future working for the government and profiling criminals to find the offenders and protect civilians. I find interesting that in the past 10 to 15 years the majority of horror movies and TV shows are based on killers. If shows like CSI and movies like Silence of the lambs have influenced me to major in criminal justice, will it also have the effect of influencing others to become killers and turn into crime?

Serial Killers and the Influences in Hollywood’s Pop Culture. (2016, Nov 16). Retrieved from http://studymoose.com/serial-killers-and-the-influences-in-hollywoods-pop-culture-essay 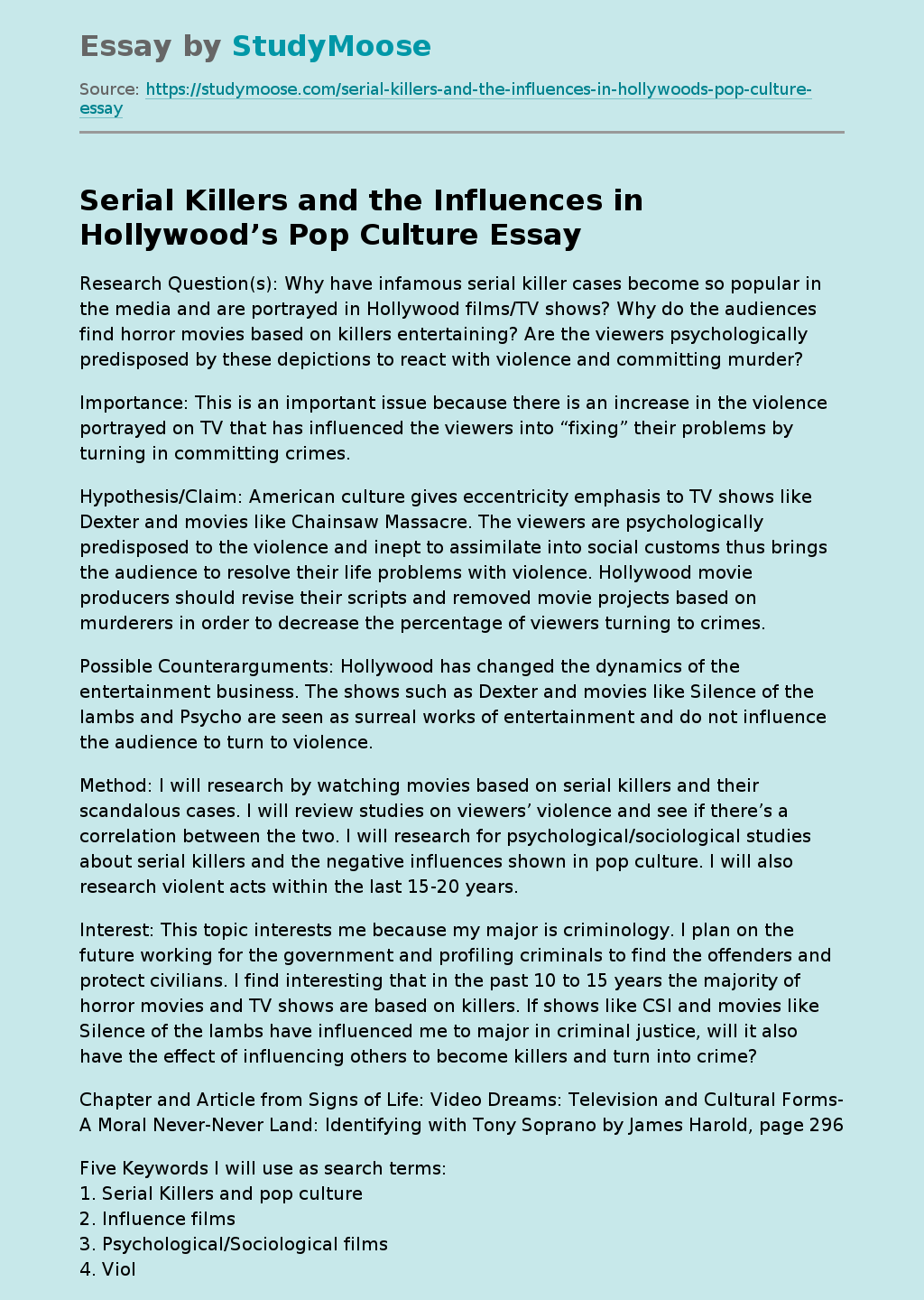