Many parts of the city and suburbs have been waterlogged and some areas were flooded Monday morning, hampering smooth movement of people and vehicles, said officials at the Municipal Corporation of Greater Mumbai’s Disaster Control Cell.

Flooding was reported from Malad, Andheri, Versova, Dadar, Parel, Chembur, many parts of the key LBS Marg in the eastern suburbs, and Marol-Saki Naka belt.

Don't use plagiarized sources. Get your custom essay on
“ Monsoon cripples life in Mumbai ”
Get custom paper
NEW! smart matching with writer

Two important subways at Malad and Andheri were flooded, with about three feet of water, rendering them inoperational for the east-west traffic movement.

Local trains were delayed. Central Railway trains ran late by 20 minutes, Western Railway ones by 15 minutes and trains on the Harbour Line by 30 minutes. Peak morning hour commuters and businessmen were left inconvenienced.

The forecast for Monday and Tuesday is “heavy to very heavy rains” in many parts of the coastal areas including Mumbai, with accompanying strong winds and advice to fishermen not to venture into the Arabian Sea.

Though Mumbaikars enjoyed the monsoon with parties and picnics during the
weekend, the grim reality dawned Monday, as schools reopened after the summer break and many office-goers returned to work.

The monsoon also set in over other parts of the state, offering welcome respite from water scarcity and intense heat wave conditions.

Till date, there have been 11 monsoon-related deaths in different incidents across the state. 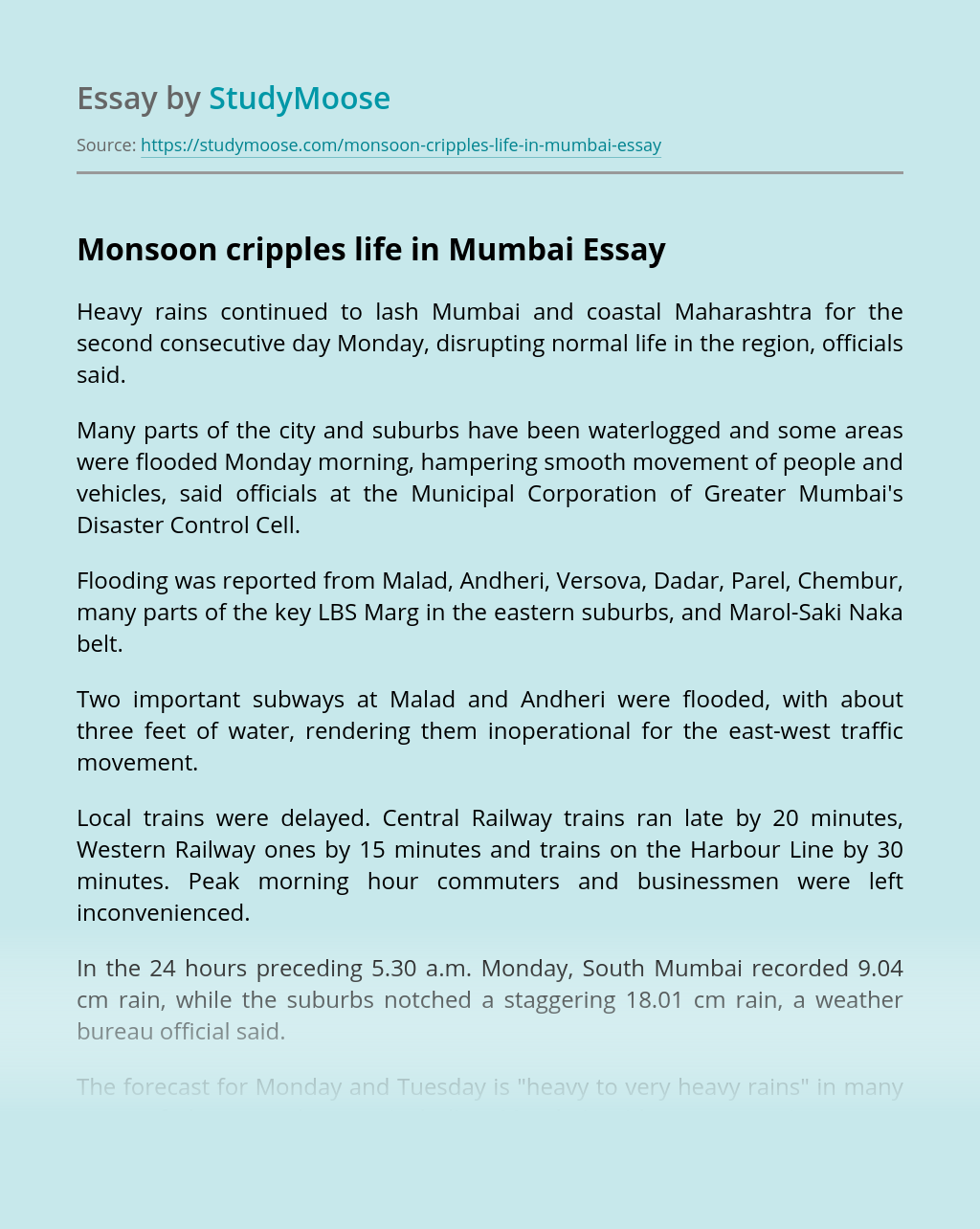