“Me Talk Pretty One Day” by David Sedaris

Write an essay (900-1200 words) in which you analyse and comment on David Sedaris’ essay “Me Talk Pretty One Day”. Part of your essay must focus on the writer’s tone and on the attitude to learning foreign languages that is explored in the text.

Don't use plagiarized sources. Get your custom essay on
“ “Me Talk Pretty One Day” by David Sedaris ”
Get custom paper
NEW! smart matching with writer

As he first moved to France, he was excited. He would not mind talking to people and having a conversation with them on French, but that changed after he had his first class. The writer’s tone is calm. He does not seem as a guy who has any injustice towards anyone, basically he seems like a decent guy. But as he turns up at his first class, his appearance changes and so does his reflections.

He does not mention any good-related thing about her at all.

He definitely dislikes his teacher, and he comments her ways of teaching, in his own mind. He explains how ignorant she is. He mentions that she accidentally poked a girl in the eye with a pen, but according to the teacher, it was the girls own fault. David, the writer does not want to be humiliated by her. As she “kills” time humiliating the other students. David wants to prepare himself for the worst case scenario, so that he might get the opportunity to not be humiliated and stepped on, in front of his new class-mates, and especially his new teacher. Ex; “I took to spending four hours a night on my homework, putting in even more time whenever we were assigned an essay. I suppose I could have gotten by with less, but I was determined to create some sort of identity for myself: David the hard worker.” He wanted to create a new identity for himself. He mentions the “hard worker”.

“Me Talk Pretty One Day” by David Sedaris. (2016, May 27). Retrieved from http://studymoose.com/me-talk-pretty-one-day-by-david-sedaris-essay 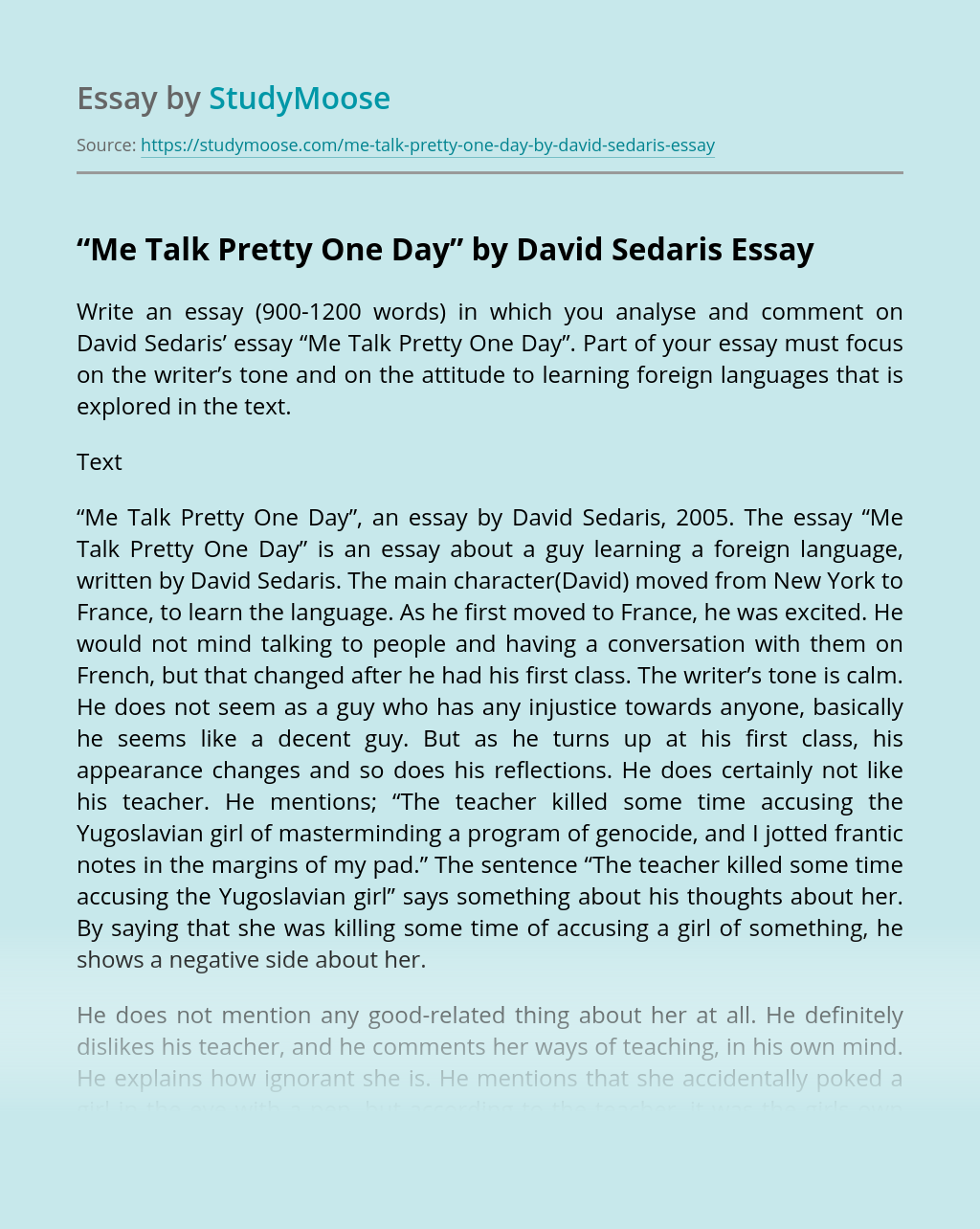