Elections have played an integral role in the development of one’s country. Essentially, an election is a procedure by which members of communities and/or organizations choose persons to hold an office. It is a technique of rendering authority and/or creating representative bodies. Elections are often linked to the idea of democratic representation. Therefore, an election is a device for filling an office or posts through choices made by a designated body of people.

The conduct of elections in the Philippines for the past four decades has remained largely unchanged.

Turn in your highest-quality paper
Get a qualified writer to help you with
“ Manual System or Automated Election System ”
Get high-quality paper
NEW! AI matching with writers

Philippine elections rely heavily on manual tallying and canvassing of votes thus making them vulnerable to control and manipulation by traditional politicians and those with vested interests. The cost of winning an elective post is highly expensive and the absence of mechanisms to check and limit sources of campaign funds become fertile grounds for corruption and divisiveness. Our recent elections have prompted calls for a reform of the voting system.

Many ideas have been put forward and one of the recommendations on the cards is an e-voting system, which will reduce the chaos that often ensues on Election Day.

Automated election should be a permanent election system here in the Philippines even though its new and facing different critiques ,by using it can give us accurate result and hope for a better leadership.

The most common reason for abandoning manual elections in favor of automated ones is: First, to eliminate the clerical errors that have been part and parcel of manual election counts.

The frequent occurrence of such clerical errors, which election officials may ignore if the correction will not materially change the outcome, can hide more substantial alterations purposely intended to change the outcome of an election. 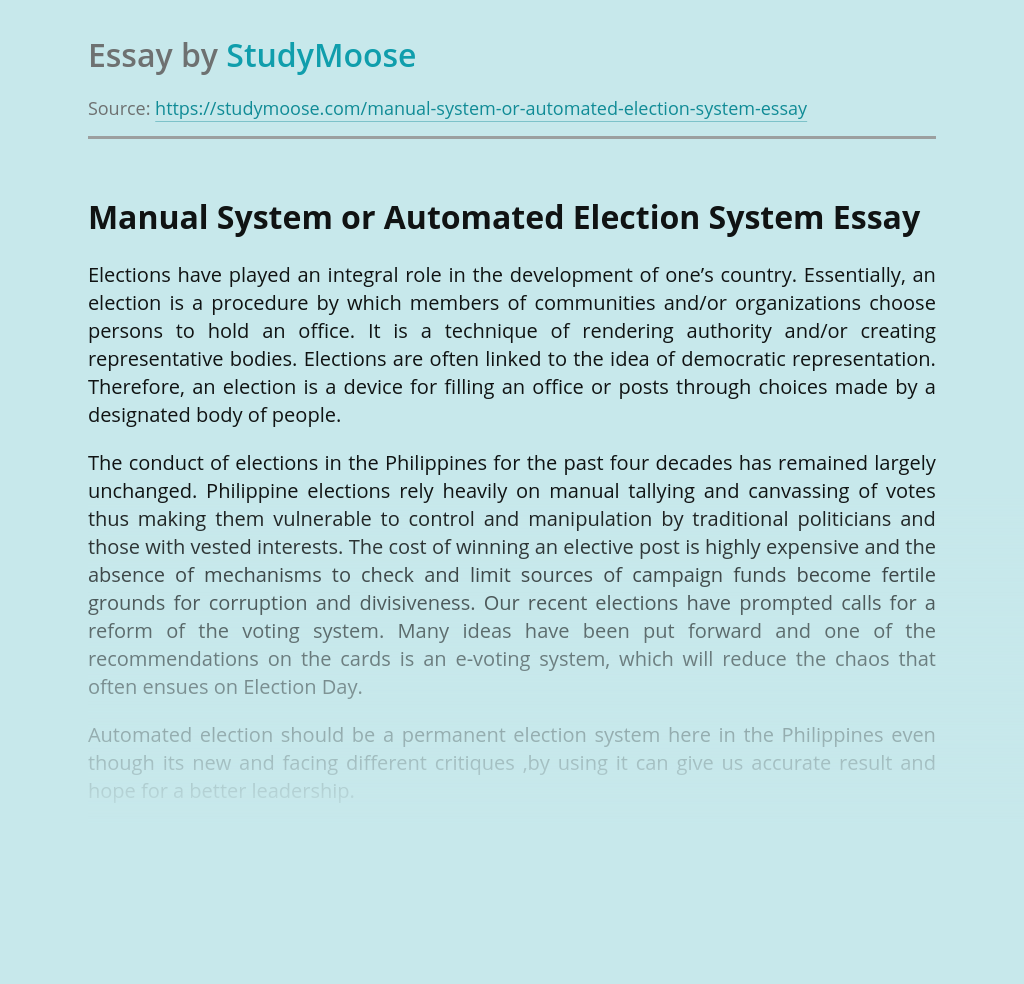 Turn in your highest-quality paper
Get a qualified writer to help you with
“ Manual System or Automated Election System ”
Get high-quality paper
Helping students since 2015
Stay Safe, Stay Original