Lee Chong Wei is no common athlete. National hero in his home land of Malaysia, the hard-working and talented Chong Wei has won everything but two major titles – World Championships and Olympic Games – he was just one point short of bagging Malaysia’s first ever world crown, in the men’s singles this summer in London. In a biography published this Wednesday, January 18th, he explains how that happened, and how he felt at that precise point.

Dare to be a Champion is the title of the book – one of the few badminton biographies and the only one about a shuttler still in the circuit ( Peter Gade will shortly be publishing his own biography) and gives an overview of Chong Wei’s career, with its ups and down, amongst which this moment where he was so close to the Grail in London, in the summer of 2012.

Here is an excerpt from the book (thanks to Malaysia’s Star):

ON Aug 14, 2011, the BWF World Championship, the most prestigious tournament in badminton was held at London’s Wembley Arena Indoor Stadium.

I had never made it to the final in this competition, winning only a bronze medal in 2005. This has always been the biggest title that I wanted to win.

Wembley Arena is going to be the venue for badminton in the 2012 London Olympics. Competitors from all around the world saw the world championship as a great opportunity to warm up for the Olympic Games.

I spent a lot of time and effort to prepare for this World Championship.

Lin Dan was my opponent in the final. He walked to the court under the glaring light. Grasping the attention of the world, here we were, on the stage.

We had met each other on the court many times and knew each others’ style of play very well. In the first set, the score was fairly even.

Breathtaking climaxes from varied plays and tactics overwhelmed the crowd and intensified the atmosphere. I played carefully and decisively….

We were both worthy opponents in the final as we fought hard till the last. I walked towards coach Tey with a smile. We hugged each other. We both knew we have tried our best. More importantly, I had displayed a stronger mentality compared to the past.

I accepted the defeat without any bitterness. 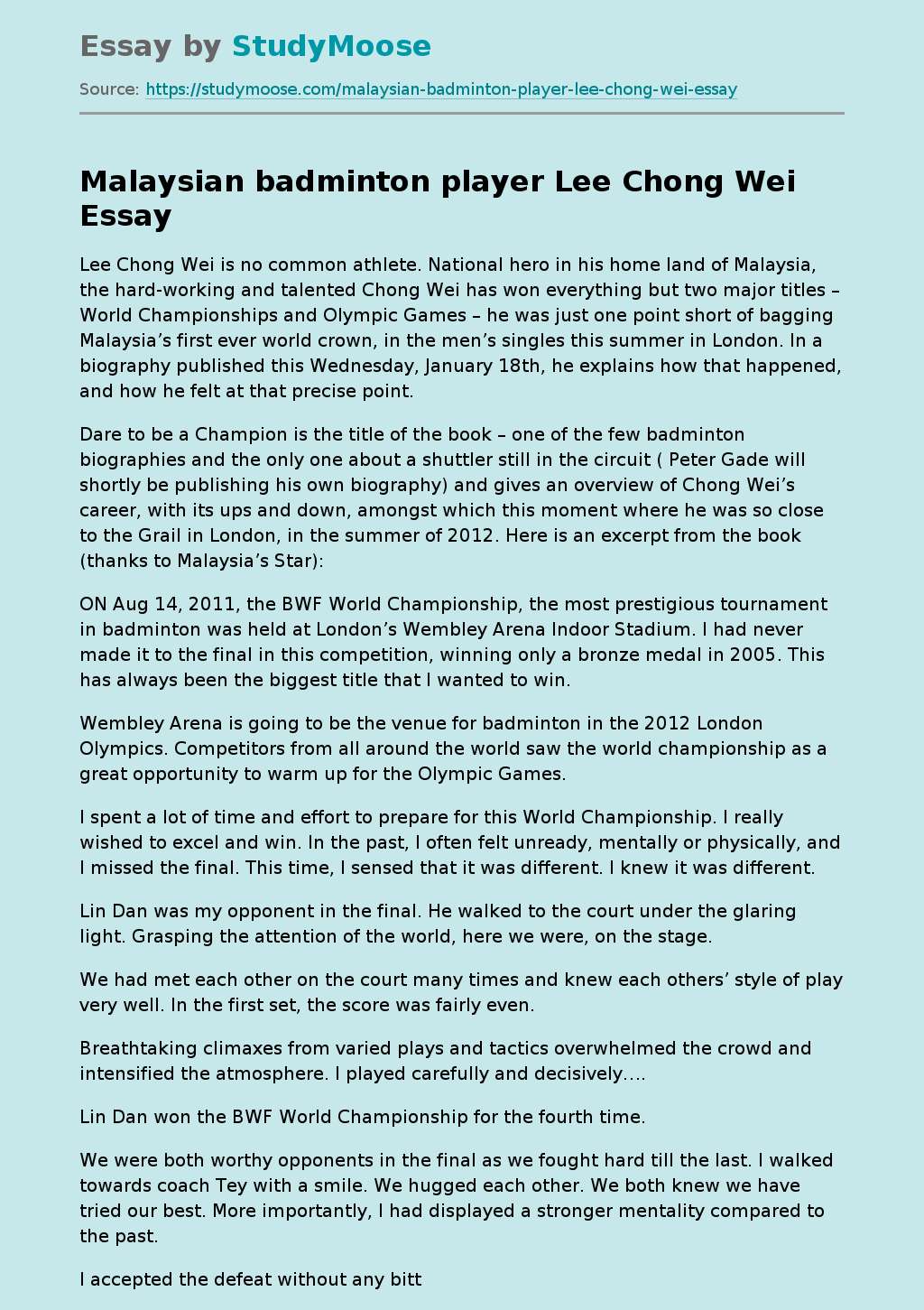