In this paper I will identify two major historical turning points in the period from 1865-1900. I will analyze the impact that these turning had on America’s current society, economy, politics, and culture. I will describe two ways the Reconstitution period may have been affected if President Lincoln had not been assassinated. Finally, I will give examples of how the federal and/or state courts and legislature passed down laws between 1865-1900 that served to discriminate against non-white citizens and immigrants.

The Union Pacific laid 1,087 miles of track, which began in Omaha. In Promontory Summit, Utah these lines were joined together. (The First Transcontinental Railroad. , n.d.)

The creation of the Transcontinental Railroad allowed for intercontinental trade. The creation of the railroad now allows for us to have coast to coast rail trips. This allows for more jobs. Because of the railroad it takes less fuel than it would in a tractor and trailer to transfer supplies from coast to coast. (Transcontintenal Railroad in the United States, n.d.)

The assassination of Lincoln affected us today by changing the president’s role. Congress is now able to hold power and influence over the White House. Because of Lincoln it is the duty of the President preserve, protect and defend the Constitution. (American President. , n.d.)

The life of the average American was majorly impacted by the Reconstruction. The freed slaves from the south had trouble integrating into a normal life. Railroads promoted growth which helped cities like Chicago see a jump in population. Factories and processing plants became a popular employer of African Americans. Economic prosperity caused a gap between the working poor and the rich. This eventually led to leave homesteads and farms in search of the city. Industrialization began and started in cities like New York. (American History since 1865, n.d.)

There were many ways industrialization was affected during the Reconstruction period. The invention of the telephone, telegraph and the internal combustible engine. Because of these prominent inventions America’s westward expansion and development were facilitated. The frontier was now connected to the industrial, financial and political centers in the East. There was an increase in immigration. This allowed for cheap labor for the American Industry. This created diverse communities in underdeveloped areas. There was a drawback to the increase of population and the expansion of the industry. Native Americans were forced to smaller reservations so whites could have the land for farming. (Reconstruction and Industrialization, n.d.)

In the south the whites and the blacks tried to get their farms back up and running to make a living. In the South sharecropping became popular. Governments set up in the southern states were more honest and effective. An agricultural depression came in the 1870s which hurt both the whites and blacks. (The American Presidency, n.d.)

In 1866 a bill called Freedoms Bureau Bill was passed which counteracted the Black Codes. The Federal government created the bill to help newly freed slaves. The bill helped to provide legal aid, set up schools and provide health care. President Johnson tried to veto the bill, however he was overturned by the Radical Republicans. African American men were able to obtain seats in Congress. African Americans were gained two seats in the Senate and twenty seats in the House of Representatives. Congress passed the Trumball Civil Rights Act, this was designed to counter the decision that the Supreme Courts made giving blacks citizenship. The Radicals were concerned that the Trumball Civil Rights Act would be deemed unconstitutional they passed the Fourteenth Amendment. (Reconstruction: Americas Unfinished Revolution, n.d.)

The Fourteenth Amendment was passed to allow for due process and equal rights to all people. The Amendment barred states from violating these rights. The amendment was mainly used to impose federal control over the Southern states. New constitutions allowed local and state election s to take place. 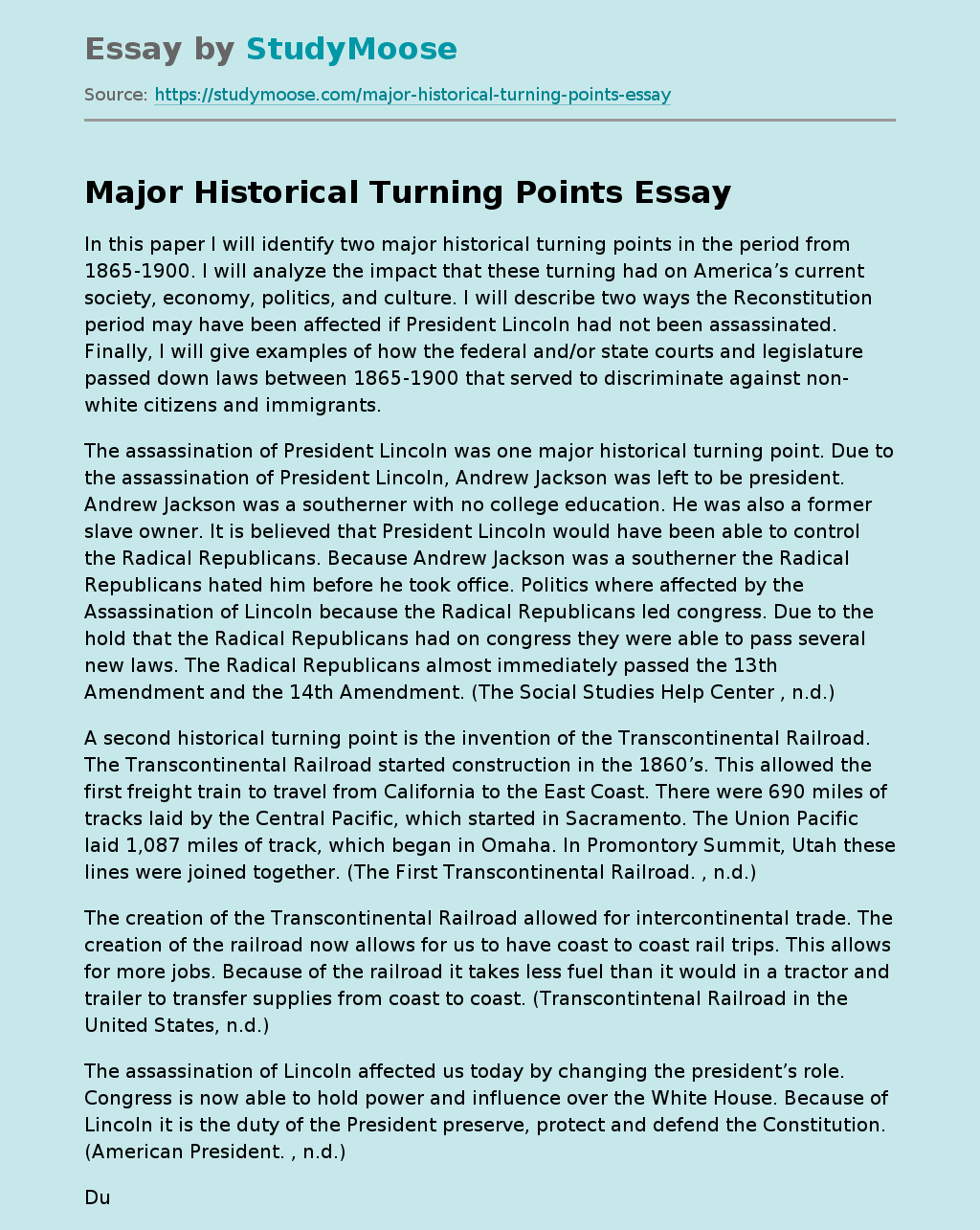