Categories: EconomicsMacroeconomy
Download paper
Download
Essay, Pages 8 (1821 words)
Views
11
The price elasticity of demand coefficient measures:
buyer responsiveness to price changes.
The basic formula for the price elasticity of demand coefficient is:
percentage change in quantity demanded/percentage change in price.
The demand for a product is inelastic with repsect to price if:
consumers are largely unresponsive to a per unit price change.
Which of the following is not characteristic of the demand for a commodity that is elastic?
The elasticity coefficient is less than one.
If a firm can sell 3,000 units of product A at $10 per unit and 5,000 at $8, then:
the price elasticity of demand is 2.
Turn in your highest-quality paper
Get a qualified writer to help you with
“ Macroeconomics: Chapters 4 and 6 ”
Get high-quality paper
NEW! AI matching with writers

a. Substitute goods (those that can be used to replace each other): price of substitute and demand for the other good are directly related.

Example: If the price of coffee rises, the demand for tea should increase.

b. Complement goods (those that can be used together): price of complement and demand for the other good are inversely related.

Example: if the price of ice cream rises, the demand for ice-cream toppings will decrease.

Elasticity:
Greater than one.
Inelasticity:
Less than one.
Unit Elasticity:
One.
Framing Effect:
Change in people’s preferences.
Marginal Benefits:
Extra Benefits.
Law of Diminishing Marginal Utility:
Added satisfaction declines as a consumer acquires additional units of a given product.
Utility:
The satisfaction or pleasure one gets from consuming a good or product.
Total Utility:
The total amount of satisfaction or pleasure a person deries from consuming some specific quantity–for example, 10 units–of a good or service.
Marginal Utility:
The extra satisfaction a consumer realizes from an additional unit of that product–for example, from the eleventh unit.
Rational Behavior:
When consumers want to get “the most for their money” or, technically, to maximize their total utility.
Budget Constraint:
Each consumer’s fixed, limited amount of money income.
Utility-Maximizing Rule:
Last dollar spent on each product yields the same amount of extra (marginal) utility.
Consumer Equilibrium:
When the consumer has “balanced his margins.”
Income Effect:
A change in the demand of a good or service, induced by a change in the consumers’ discretionary income.
Substitution Effect:
An effect caused by a rise in price that induces a consumer (whose income has remained the same) to buy more of a relatively lower-priced good and less of a higher-priced one.
Behavioral Economics:
A theory stating that there are important psychological and behavioral variables involved in the economic decisions of consumers or countries.
Status Quo:
the existing state or condition.
Loss Averse:
people’s tendency to strongly prefer avoiding losses to acquiring gains.
Prospect Theory:
The theory states that people make decisions based on the potential value of losses and gains rather than the final outcome, and that people evaluate these losses and gains using certain heuristics.
Framing Effects:
a set of concepts and theoretical perspectives on how individuals, groups, and societies organize, perceive, and communicate about reality. Framing is commonly used in media studies, sociology, psychology, and political science.
Anchoring:
a cognitive bias that describes the common human tendency to rely too heavily on the first piece of information offered (the “anchor”) when making decisions.
Mental Accounting:
The theory purports individuals assign different levels of utility to each asset group, which affects their consumption decisions and other behaviors.”If Richard Thaler’s concept of mental accounting is one of two pillars upon which the whole of behavioral economics rests, then prospect theory is the other.”
Belsky and Gilovich (1999)
Endowment Effect:
People often demand much more to sell an object than they would be willing to pay to buy it. 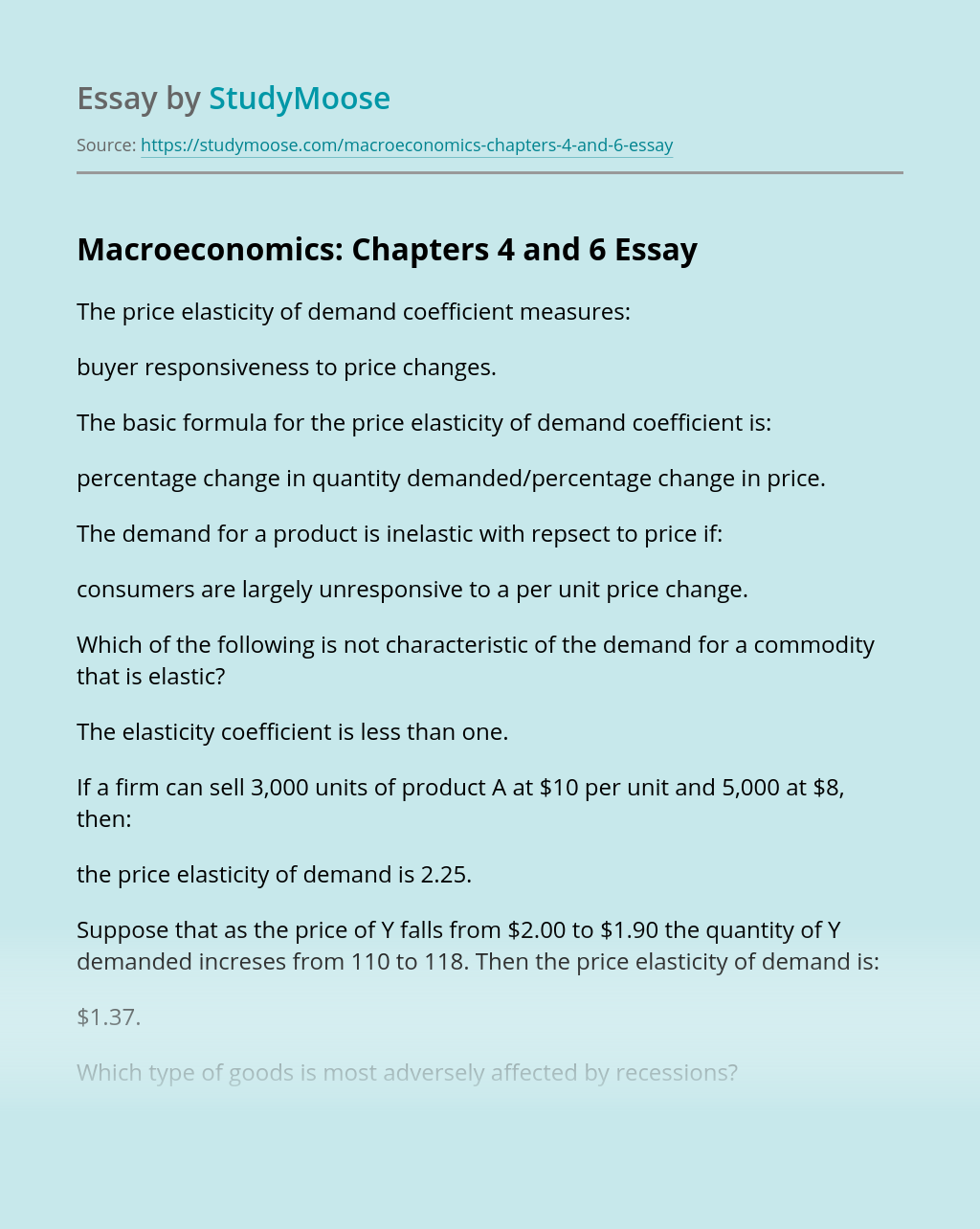 Turn in your highest-quality paper
Get a qualified writer to help you with
“ Macroeconomics: Chapters 4 and 6 ”
Get high-quality paper
Helping students since 2015
Stay Safe, Stay Original