A discussion of Shakespeare's play "Macbeth"

Macbeth The story Macbeth is like no other in plot and poetry. It sets itself apart from the rest by having a protagonist becoming evil. What makes Macbeth such a complicated character is the way his outlook keeps on changing throughout the play. This essay will prove that Macbeth is an evil man and was not overpowered by ambition to get what he wanted. This essay will also determine that certain characters like the witches did not force him to do evil; they simply triggered it.

Don't use plagiarized sources. Get your custom essay on
“ A discussion of Shakespeare’s play “Macbeth” ”
Get custom paper
NEW! smart matching with writer

In the beginning of the play, Macbeth is shown as a hero in the Scottish army, that is ironic because Macbeth has defeated a traitor and he will become one. We feel that a person of his loyalty could never commit evil unless he had a good reason or if he would be provoked. After Macbeth’s first meeting with the witches, we learn from his aside that he has thought about killing Duncan ” My thought, whose murder yet is but fantastical” 1(Macbeth 1.

3.152). Macbeth also says ” If chance will have me king, why, chance may crown me Without my stir.” 2(Macbeth 1.4.157-159) which means that maybe he does not have to murder the king to gain that title. Luck has been very generous to him and might continue and make him king. Macbeth’s true evil thoughts about being king are first shown when he finds out that king Duncan has named his son Malcolm as Prince of Cumberland. He now shows his evil and his true feelings.

A discussion of Shakespeare's play "Macbeth". (2020, Jun 02). Retrieved from https://studymoose.com/macbeth-4-new-essay 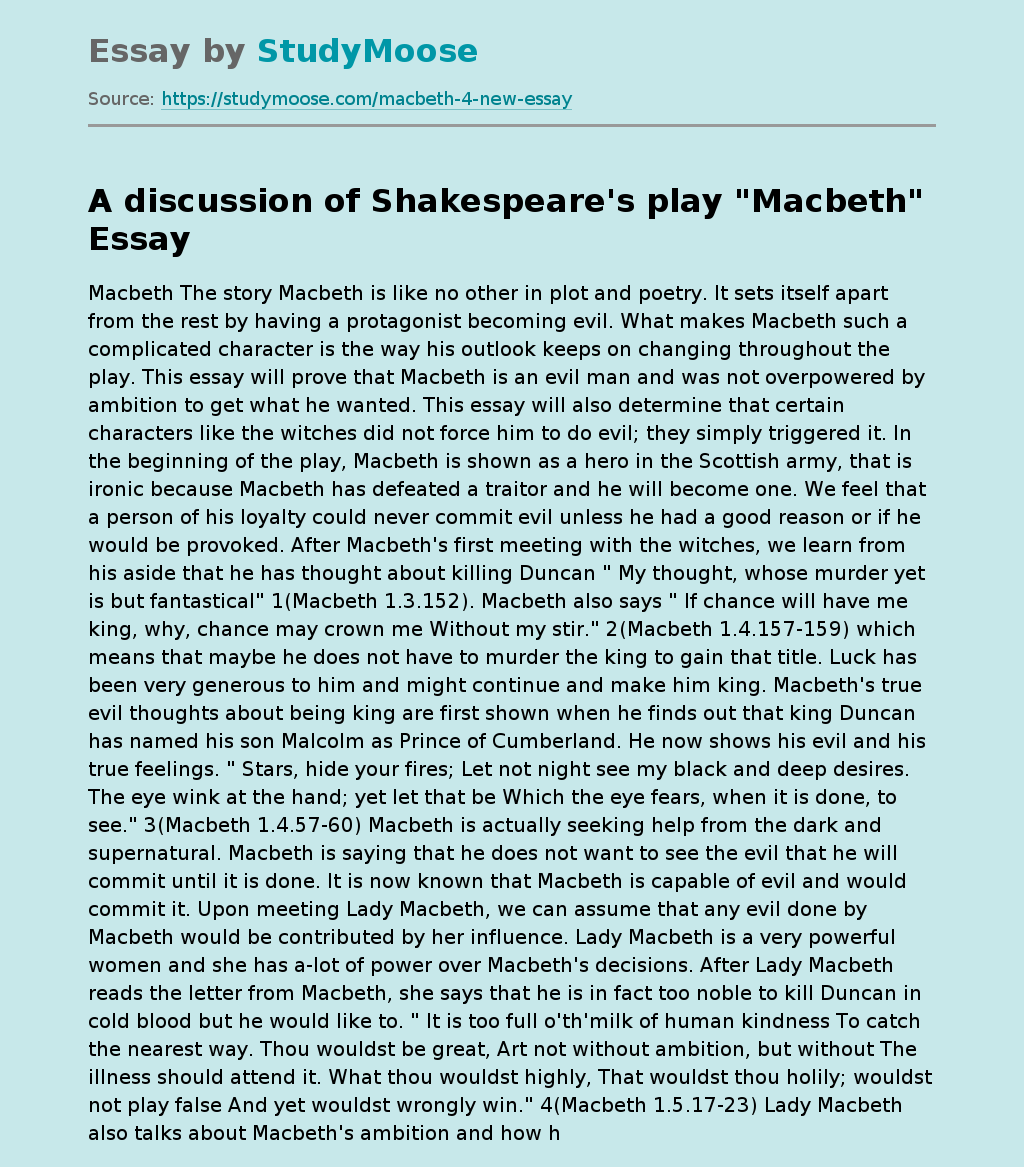