Essays on To Build a Fire 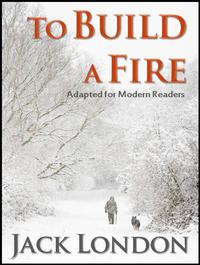 “To Build a Fire” is a short story by Jack London. The story is set in the Yukon Territory during the Klondike Gold Rush. The protagonist, an unnamed man, is travelling alone through the wilderness when he is forced to stop and build a fire. The man is inexperienced in the cold and does not build a proper fire, resulting in his death.

Save Time On Research and Writing
Hire a Pro to Write You a 100% Plagiarism-Free Paper.
Get My Paper
We've found 13 essay samples about To Build a Fire
Prev
1 of 1
Next
Other books by the author
Call of the wild
Similar genre
Non-FictionAutobiographyFairy TaleTragedyChildren'S NovelAutobiographical NovelCrime FictionBildungsromanSatirical NovelHistorical Novel
Get to Know The Price Estimate For Your Paper
Topic
Number of pages
Email Invalid email

FAQ about To Build a Fire

What Are The Conflicts In The Story “To Build a Fire”?
...In the end and eventually, the man tries to run out his trouble and in doing so cements his wintry burial. He collapses on his feet and realizes the error of his ways and pride in not taking a partner. He resigns to his demise and accepts death tranq...
Still don't know where to start with your assignment?
Hire a subject expert to help you
Hire Writer
Live chat  with support 24/7
Don’t waste Your Time Searching For a Sample
Get Your Job Done
By a Professional Skilled Expert
HIRE Writer