Lines Written in Early Spring by William Wordsworth is a comparison of the state of nature to the state of mankind. This fits into the Romantic period because of how many of Wordsworth’s poems represented the revolt against contemporary English poetry, which he believed should have been based on true emotion, rather than intellect and style.

There is evidence that Wordsworth is writing about nature and the poor state mankind when he writes: “In that sweet mood when pleasant thoughts bring sad thoughts to the mind”.

Don't use plagiarized sources. Get your custom essay on
“ “Lines Written in Early Spring” Analysis ”
Get custom paper
NEW! smart matching with writer

The thought of early spring brings new life and harmony to the mind of the reader. A vision of Wordsworth sitting in a open field, observing the flowers budding and bunnies hopping around comes to the reader’s mind. He “heard a thousand blended notes” of birds singing and the world blooming around him, thoughts of Bambi are brought to mind. Spring, for me, creates a feeling of joy, and I think it is the best of the four seasons.

A new start for all life to live as one and get along. Also, he suggests that mankind and nature should not be as different as they are in terms of happiness, when he writes: “To her fair works did nature link the human soul that through me ran; And much it greaves my heart to think what man has made of man”.

Examples of this are shown when he writes: “And ’tis my faith that every flower Enjoys the air it breathes”. He is giving a flower the human characteristic of enjoying the air it “breathes”. Another example of personification in this poem is when Wordsworth writes: “The budding twigs spread out their fan, To catch the breezy air”. In this verse he is giving budding twigs the human characteristic of spreading out to catch breezy air.

Wordsworth also describes nature as a being rather than a thing when he writes: “If this belief from heaven be sent, If such be Nature’s holy plan”. In this verse he describes nature as having the ability to plan. This poem also reflects on Wordsworth appreciation and love for nature, as he sees it as a force rather than just a thing. This poem is a good representation of its time period because it gives insight into how many people neglected nature, and furthermore, gives insight into the troubles and lifestyles of people during the Romantic Era. 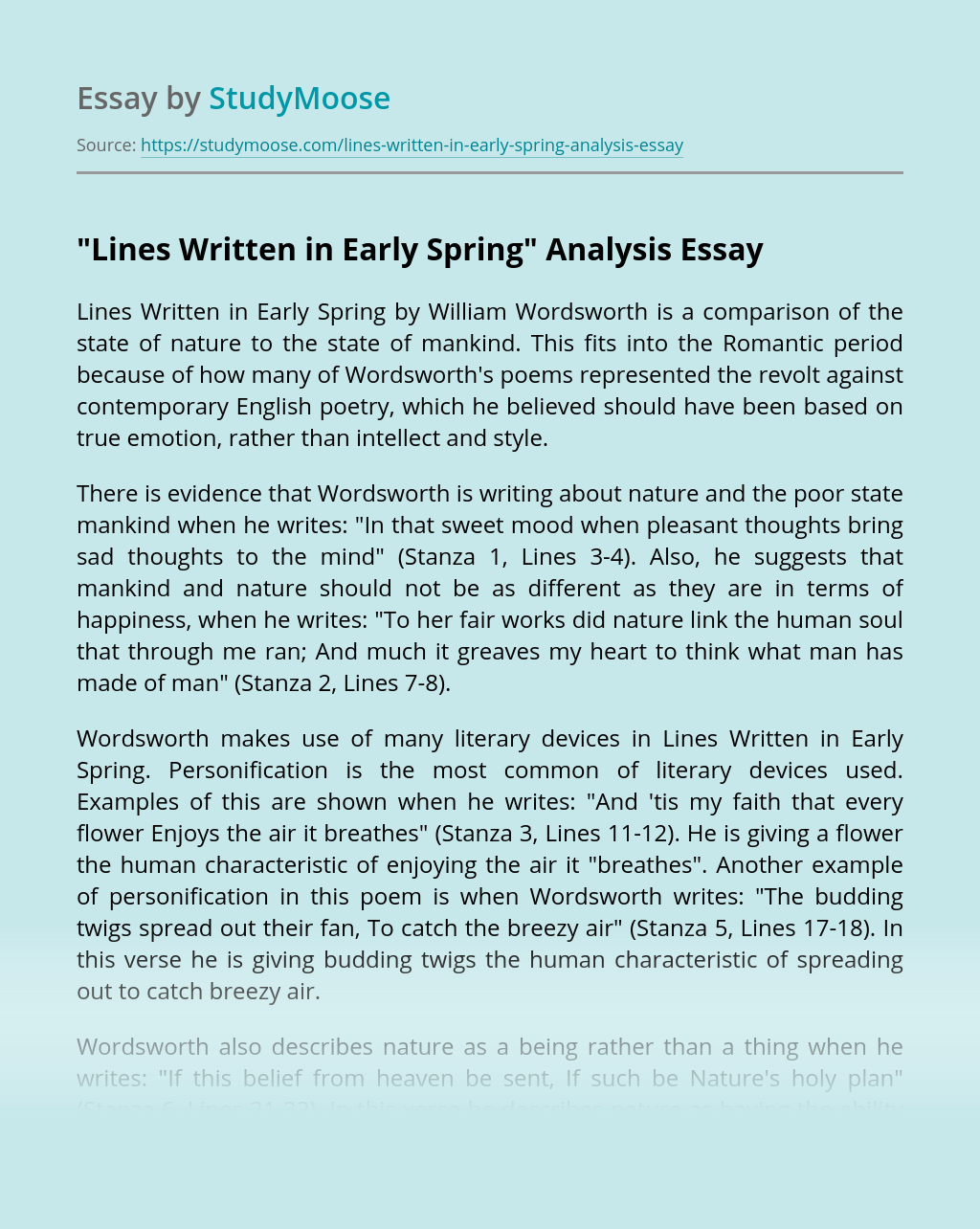