Life of Pi, a novel written by Yann Martel depicts the story of a sixteen year old boy named Piscine Molitor Patel (Pi). Pi goes through some harsh struggles as he has managed to survive in the middle of the Pacific Ocean for 227 days, after losing his family in a shipwreck. When the reader first meets Richard Parker, a fierce Bengal tiger hiding in the lifeboat, he is regarded as a very dangerous creature. Although Pi had practically lost everything, which gave him a deep depression and made him feel hopeless, he eventually used all his acquired skills throughout this terrifying journey to make himself endure through his painful faith.

Don't use plagiarized sources. Get your custom essay on
“ Life of Pi a novel written by Yann Martel depicts the story ”
Get custom paper
NEW! smart matching with writer

Towards the end of the novel, Pi is interviewed by two men that work for the ship’s company. They do not accept his initial story with all the animals on the lifeboat, so he decides to tell them a more realistic version which uses the animals as metaphors for humans.

The reader’s limits on reality, faith and belief are then tested when they are left to decide which story they believe. In Life of Pi, Richard Parker assumes a prominent role towards Pi’s survival, as there are many emotional, physical and metaphorical aspects at various extremes throughout the novel that point to this. In this critical essay, we will explore different points of interest in parts one, two and three, such as the lessons instilled at a young age, the physical and emotional comfort Richard Parker presents, and the strength of his character.

Life of Pi a novel written by Yann Martel depicts the story. (2019, Aug 20). Retrieved from https://studymoose.com/life-of-pi-a-novel-written-by-yann-martel-depicts-the-story-essay 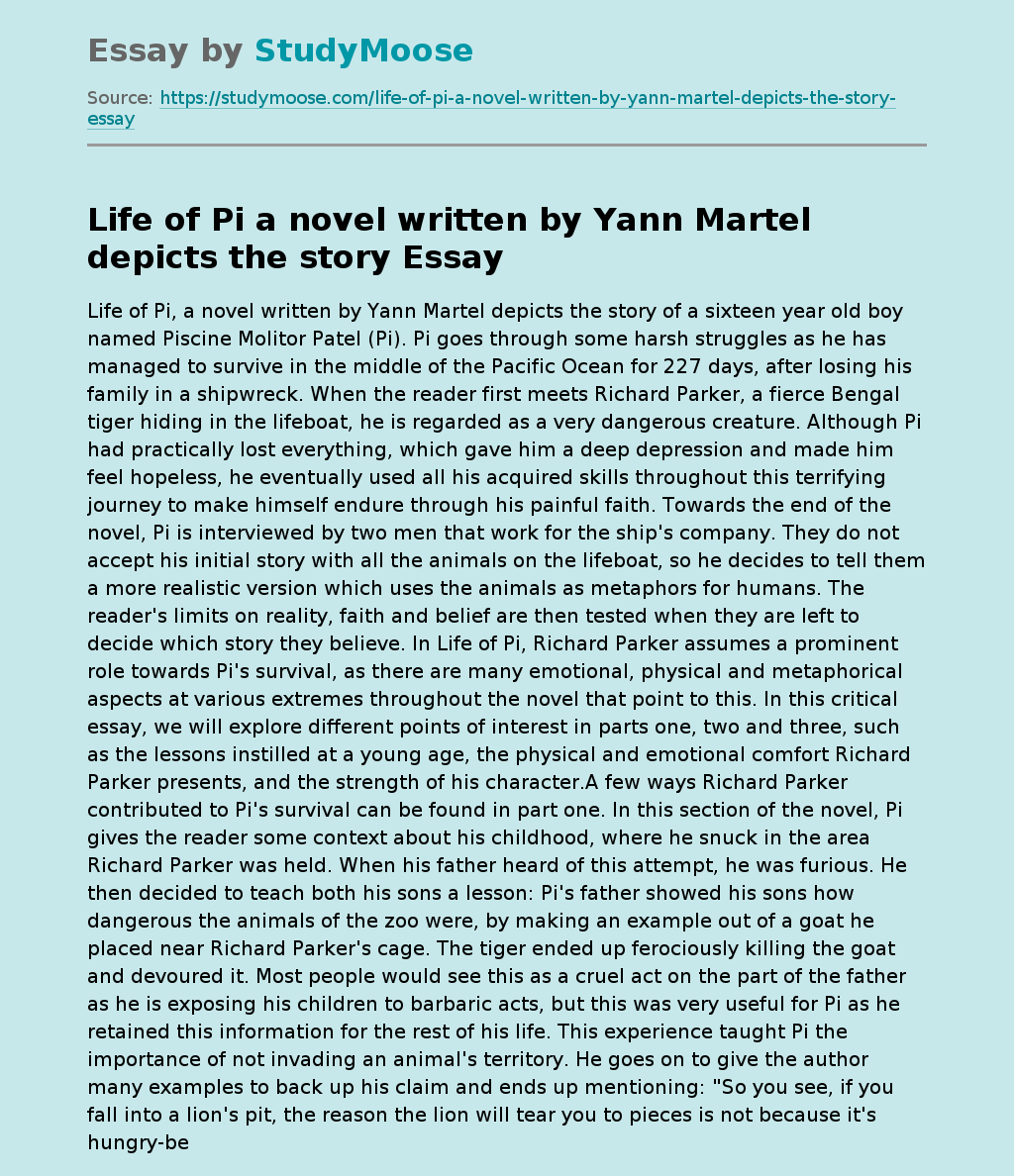