The phrase “kitchen sink dramas” refers to dramas that are set in ordinary domestic settings and the writers’ use normal working class families in the play. The dramas show the real and trashy side of life as well as being politically and socially orientated. The British habitually use this genre of drama, as the Americans tend to produce dramas which are less gloomy and depressing. Although they are somewhat depressing, many people think that they allow us to be grateful of our own lives, as we do not live in such an environment like presented in the drama.

Don't use plagiarized sources. Get your custom essay on
“ Kitchen Sink Dramas ”
Get custom paper
NEW! smart matching with writer

In the late 1950s in Britain, the “Kitchen Sink movement”, which is also known as “Kitchen Sink realism” occurred. This cultural movement stemed from ideas about working class activities. A typical writer of kitchen sink dramas is John Osborne, for example his drama “Look back in anger” which aroused many strong opinions when it was first performed as a drama. It is set in a small flat in the west midlands, which is typical of working class people.

Many people walked out of the performance since it was not at all like they expected it to be. People were used to light hearted banter, but this play is predominantly about working class activities and the mood is generally very depressing.

Look Back in Anger is about two main characters, Jimmy and Alison who are a married couple who do nothing but bicker and argue constantly. Jimmy somewhat resents Alison due to her high class and background.

Another reason for his dislike for is wife is because of her father, who supports the establishment, whereas Jimmy is completely anti-establishment. There are many religious and political references in the drama, most of which are expressed by Jimmy.

In this novel Jimmy is the “angry young man”. He resents everyone and everything, and makes no effort to hide his true feelings.The phrase “angry young men” was used by journalists in the 1950s in order to describe a certain type of Bristish playwrights. The phrase stems from John Osborne’s play “Look Back in anger” and was first used by newspapers then. Nowadays, it is widely used to refer to a young person who always strongly criticises particular policitical and social situations in the world. Most of their plays are also described as “kitchen sink dramas” and although this is a bit patronising, it shows that they were successful in showing the working class problems and issues which were present at the time in the British culture.

The Spanish civil war took place in Spain from 17th July 1936 until 1st April 1939. It began by an attempt at overthrowing the government and was committed by the army and was against the Second Spanish Republic. This is important in the novel because Jimmy’s father supported Britain in the war, and Jimmy wanted to be a part of this but was unable to. Therefore, he feels as though he doesn’t fit into the current society, hence the name of the drama is “Look Back in Anger”. 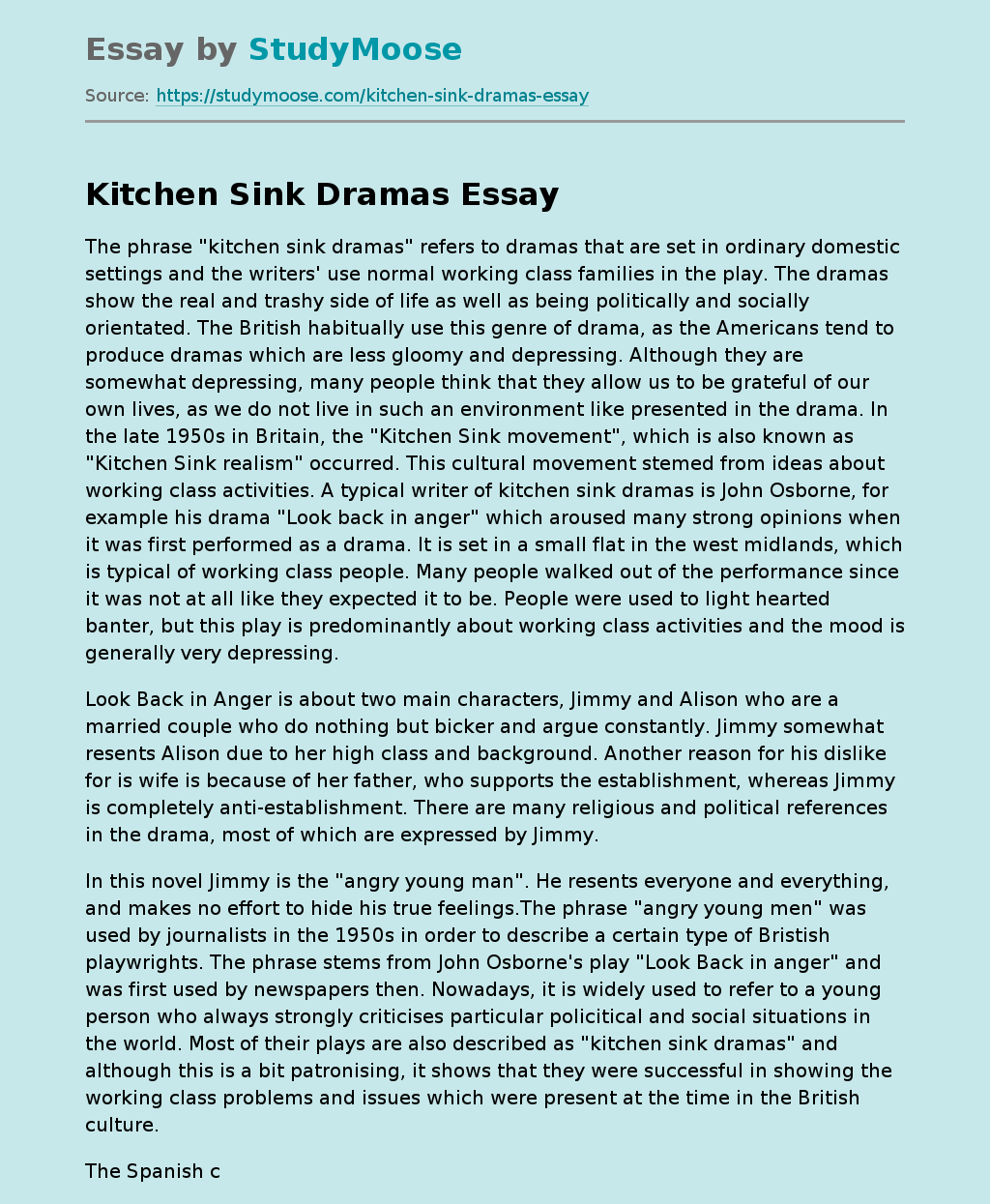