Don't use plagiarized sources. Get your custom essay on
“ Judging First Impressions ”
Get custom paper
NEW! smart matching with writer

It is alright for some people to think a person’s first impression was a bad one as long as they don’t look back on it and regret their decision, however, you never know what could have been going through that person’s head that day.

There are a few pros to judging a person by their first impressions. One pro would be if a person’s first impression was a bad one, your instinct would be to probably not hang around them anymore.

However, there are a few cons to judging a person. The biggest con of judging a person could be that you could be making a big mistake. Also, if a person actually takes the time to talk to you, it shows initiative, which is a positive trait. Another con to judging a person by their first impression is interpreting wrong. You could think a person is sweet the first day, but then turns out to be rude and evil throughout your friendship or relationship. It could also be flipped. In my opinion, getting a second, and sometimes a third opinion, is recommended. A person’s feeling could also be hurt if you decide to let them know you no longer want to see them because of what you interpreted. Would you want to be that person?

After looking over, and considering, both pros and cons, I wanted to determine that the cons make a more compelling arguments. I believe this
because there is more to a person than just a first impression or a first appearance. Nobody knows what goes through that person’s mind when they are being put on the spot. Especially if they are very nervous. Some people could be trying to hide their true personality just to get that person’s affection and then decide to throw it away afterwards.

There’s a saying, “never judge a book by its cover.” I believe that as well. It can be either awarding or not. Some people decide to give a person a second chance after a bad first impressions, but it’s not a high percentage because those people don’t want to go through another bad experience. It could be a great and rewarding experience that makes you glad. Some people get another chance and stays unsatisfied. However, you’ll never know unless you try. 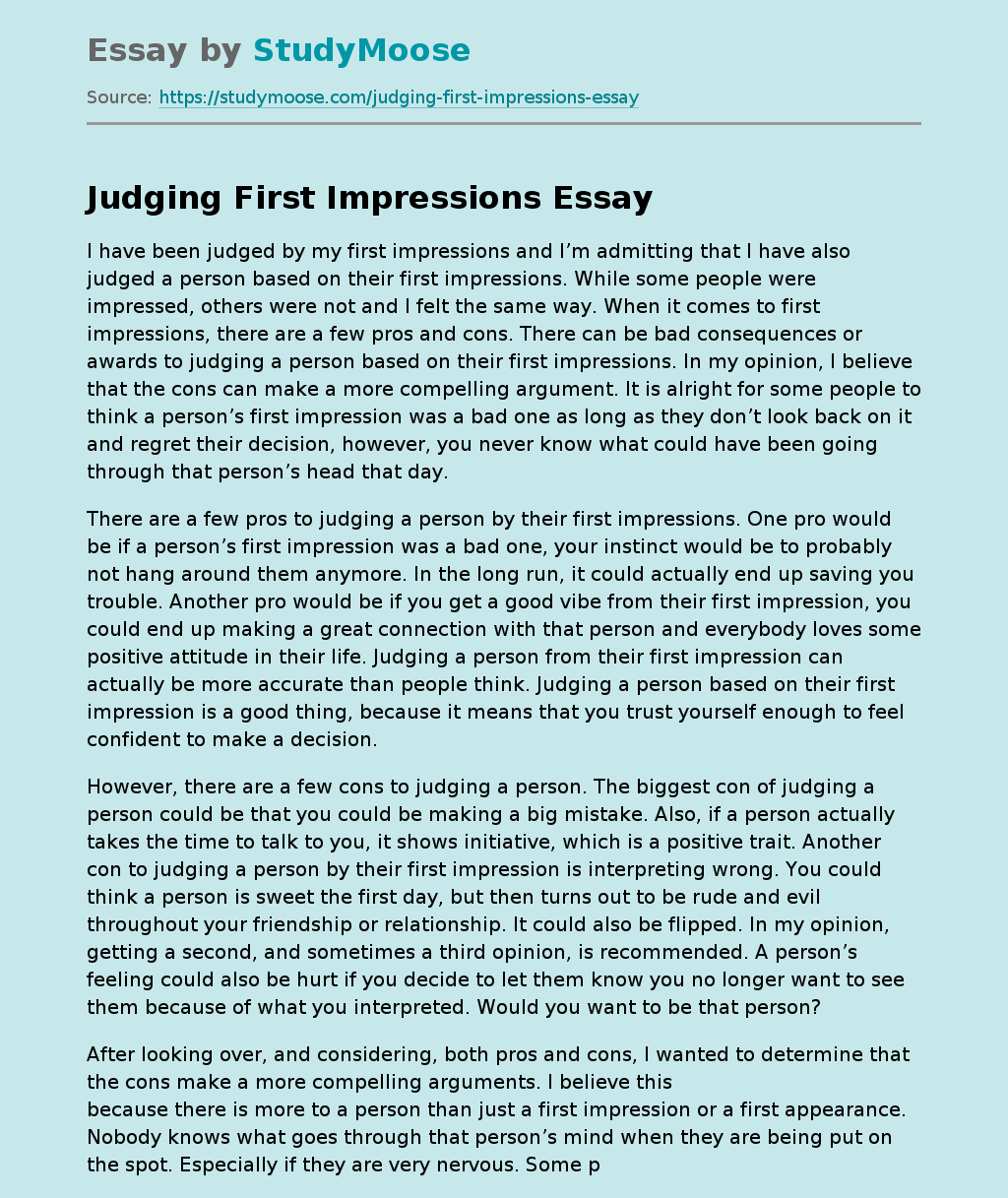