One person can be called as a hero when they do good things in our society even in our country, like what Jose Rizal’s did he had proven that pen is mightier than the sword and he didn’t use violence to fight off the Spaniards. Rizal’s pen may not have an immediate effect, but it made a more lasting impact and still very significant after generations of Filipinos. Jose Rizal became the Philippine national hero because he fought for freedom in a silent but powerful way.

Don't use plagiarized sources.
Get Your Custom Essay on Jose Rizal Just from $13,9/Page

He expressed his love for the Philippines through his novels, essays and articles rather than through the use of force or aggression. Rizal is considered as our greatest hero because he was capable of revolutionizing the way the Filipino thought. He was a very amazing person at his time. He was very humble for fighting reforms through his writings instead of through a revolution.

He used his intelligence, talents and skills in a more peaceful way rather than the aggressive way and he also sacrifice his love life and his quite life for the sake of our country and also for the Filipino people.

He enlightens his people about their status in society by writing his novel the Noli Metangere and the El Filibusterismo which very helpful as of now because we will reminisce on what happen on our country before, for us also to enlighten that we should not let other people to bound us.

You may also be interested in the following: 10 essays of rizal 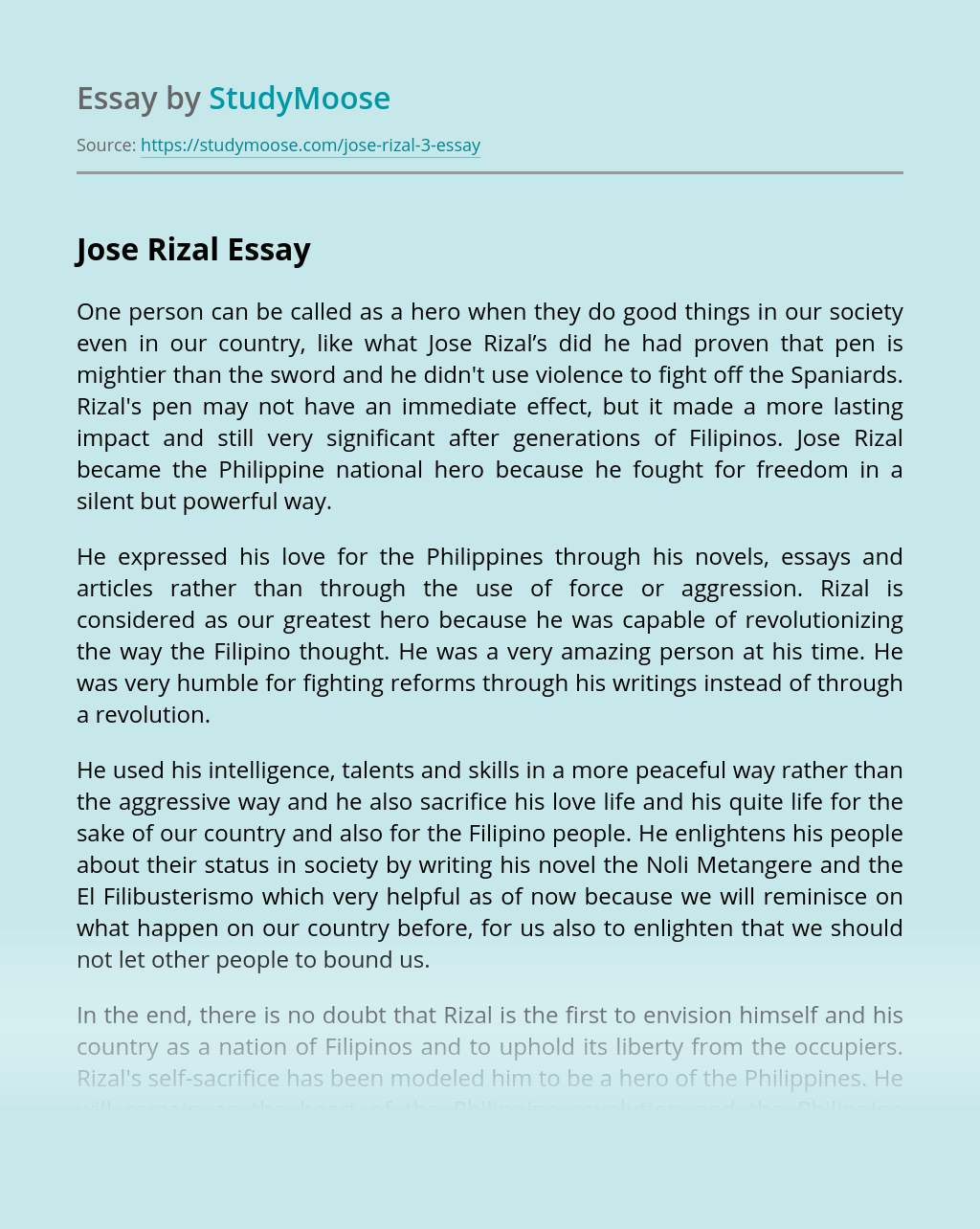