Jose Rizal, our national hero was one of the Filipinos who asked for reformsduring the Spanish era. This was one of his best contributions in building our nation. These reforms will grant the ultimate dream of the reformists; assimilation. Filipinoswill be given the rights that they deserve. Rizal choose to seek for reforms than tostart a revolution because he knew that Philippines was not yet ready to stand onits own (during his time). Rizal used his liberal ideas in asking for reforms 5.

Don't use plagiarized sources. Get your custom essay on
“ Jose Rizal, our national hero ”
Get custom paper
NEW! smart matching with writer

Although Rizal hadrevolutionary ideas, he was not for armed revolution per se. He was more for thegradual and peaceful one. One that is catalyzed by the education of the Filipinopeople.

He reasoned out that when subject people are educated, intelligent, and havebecome aware of their human rights, they would have self-determination and they would strive to be free from their mother country. When this revolution happens,drastic changes will occur in the political, economical, social, religious, andintelligence sphere of a society paving the way for its independence someday.

Rizal reasoned out that when subject people are educated, intelligent, andhave become aware of their human rights, they would have self-determination andthey would strive to be free from their mother country. When this revolutionhappens, drastic changes will occur in the political, economical, social, religious,and intelligence sphere of a society paving the way for its independence someday.Even though Rizal did not actually support the revolution, we can say that healso contributed in this revolution. His works and writings were the corner stone of the revolution and he was indeed an inspiration for the Katipuneros during thosetimes.

Rizal’s life was devoted to his country (Philippines).

1.Rizal shows his concern for a world community. This new order consists of nations which reaffirm faith in fundamental human rights, in the dignity and worth of the human person, in the equal rights of men and women . the nations would establish conditions of justice, social progress and better standards of life in larger freedom . the people would practice tolerance , live together in peace and maintain good relations among themselves 2.

3 “To the Filipino Youth” does carry a very strong one; strong enough to persuade those who are to be persuaded-the Filipino youth themselves. As one of those individuals, I could really feel the nationalistic spirit within me glow brighter the moment I finished reading the poem. It was like telling me that I am one of the existing hopes of our dear country and that through my abilities, expertise and knowledge of things, I am capable of protecting its freedom against oppressive forces that may come through.

Furthermore, it was like telling me that together with my fellow youths, I am responsible for preserving the Philippines as a nation not for the foreigners but for me and the rest of the Filipinos. Finally yet most importantly, as to the sincerity of the poem, I can really consider “To the Filipino Youth” as indeed a work from the heart-no pretense, no plasticity and no sort of hidden motives. I can tell it so based on what I felt when I was reading the poem and the emotions that were expressed on each of the poem’s line. The fact that it came out during the Spanish era was also another thing that made me think that way.

1. If you don’t have a good EDUCATION system,  your MOTHERLAND is lacking in luster. the KEY is that RIZAL isn’t praising the Filipino education system … he’s describing an ideal system and IS VERY CAREFUL NOT TO SUGGEST that it’s the one he came out of.

2. The first step carrying out his education philosophy is depends on mother. Rizal appealed to all mothers to do their best in educating their children. Love for honor, sincere and firm character, clear mind , clean conduct, noble action, love for one’s fellowmen, respect for God. The country should not expect honor and prosperity so long as the education of the child is defective. 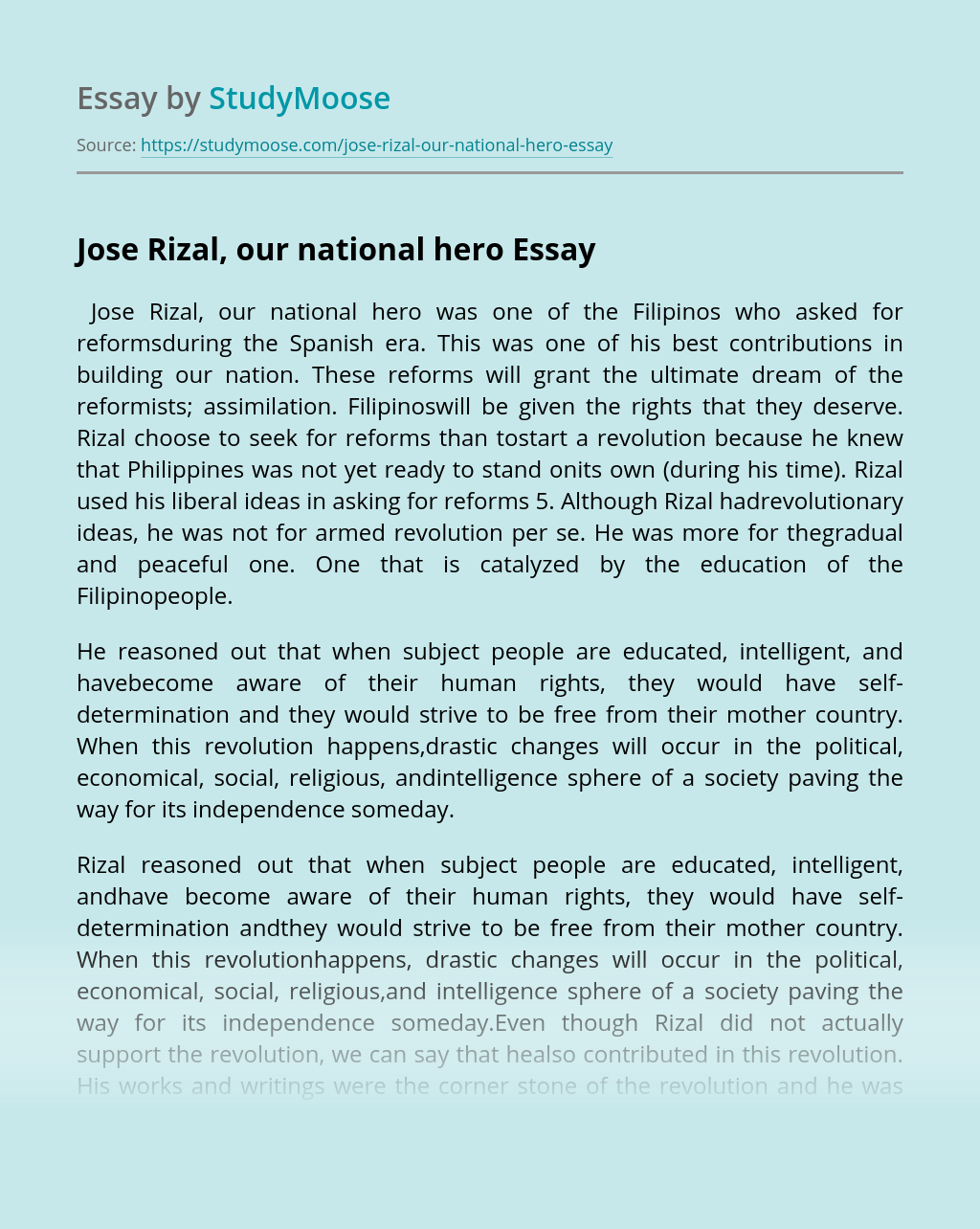