The life, works and writings of Dr. Jose Rizal is the most worthy to honor him our foremost National Hero and he was acknowledged to be “The Greatest Malayan”.

Today, we enjoy more freedoms and material advantages, all thanks to the revolutionary heroes like Rizal, who led them all in the nobility of his character and life, the applications of his talents, and utmost sacrifice of his life. In an act of political martyrdom which he faced with serenity and dignity that converted even some of his enemies to his cause, Rizal destroyed the moral authority of the Spanish Empire in the Philippines.

Besides, Rizal in his many travels abroad, they have come to appreciate our nation more.

It is really difficult to compare heroes. But, even using different yardstick, like who was the one that succeeded in fighting for our freedom, then we shall have to admit that Andres Bonifacio failed against the stronger armies of Spanish and America, respectively.

Now, as for Rizal, who used the pen (a weapon mightier than the sword), he waged a non-violent crusade and suffered political martyrdom. Now and then we come across some Filipinos who venture the opinion that Andres Bonifacio and not Jose Rizal, deserves to be acknowledged as our first National Hero. but, as far as what we know Rizal never held a gun, a rifle or a sword in fighting for the liberty of our country in the battlefield. His consuming life purposes was the secret of his moral courage, physical courage, was one of his inherited.

But the high courage to die loving his murderers, which he at last achieved that cannot be inherited.

By his writings of his Novel (NOLI ME TANGERE) which awakened Filipino nationalism and paved the way for the Philippine Revolution, he proved that the pen is mightier than the sword, and because in this writer’s humble opinion, no Filipino has yet been born who could equal or surpass Rizal.

Lastly, the most admirable was his complete self-denial, his complete abandonment of his personal interest in order to think only of those of his country.

Taxation is a system by which a government takes money from people and spends it on things such as education, health, infrastructure, agriculture, and defense. Taxes are the lifeblood of the government. It is therefore necessary that they collected on time to defray the government expenses. It is a compulsory obligation by any individual who are resident on a particular community conducting such obligation. In terms of the distribution of taxes, and of the amount contributed by a taxpayer, the government imposed normal tax rate on individual taxpayer depending on its income. Besides, the government gives personal and additional exemptions to the taxpayer in order to reduce its contribution in taxes.

For instance, the head of the family was given a privilege to deduct 50 000.00 pesos from its compensation as his personal exemption and with a minimum of four children as his additional exemption with the amount of 25 000.00 pesos each. In addition, it is important to file on time or in advance rather than to be delay in order to avoid surcharges, interest and other penalties. And it is to be noted that the late filling and payment is considered as one violation as long as the filling and paying to wrong Revenue District Office is another violation. 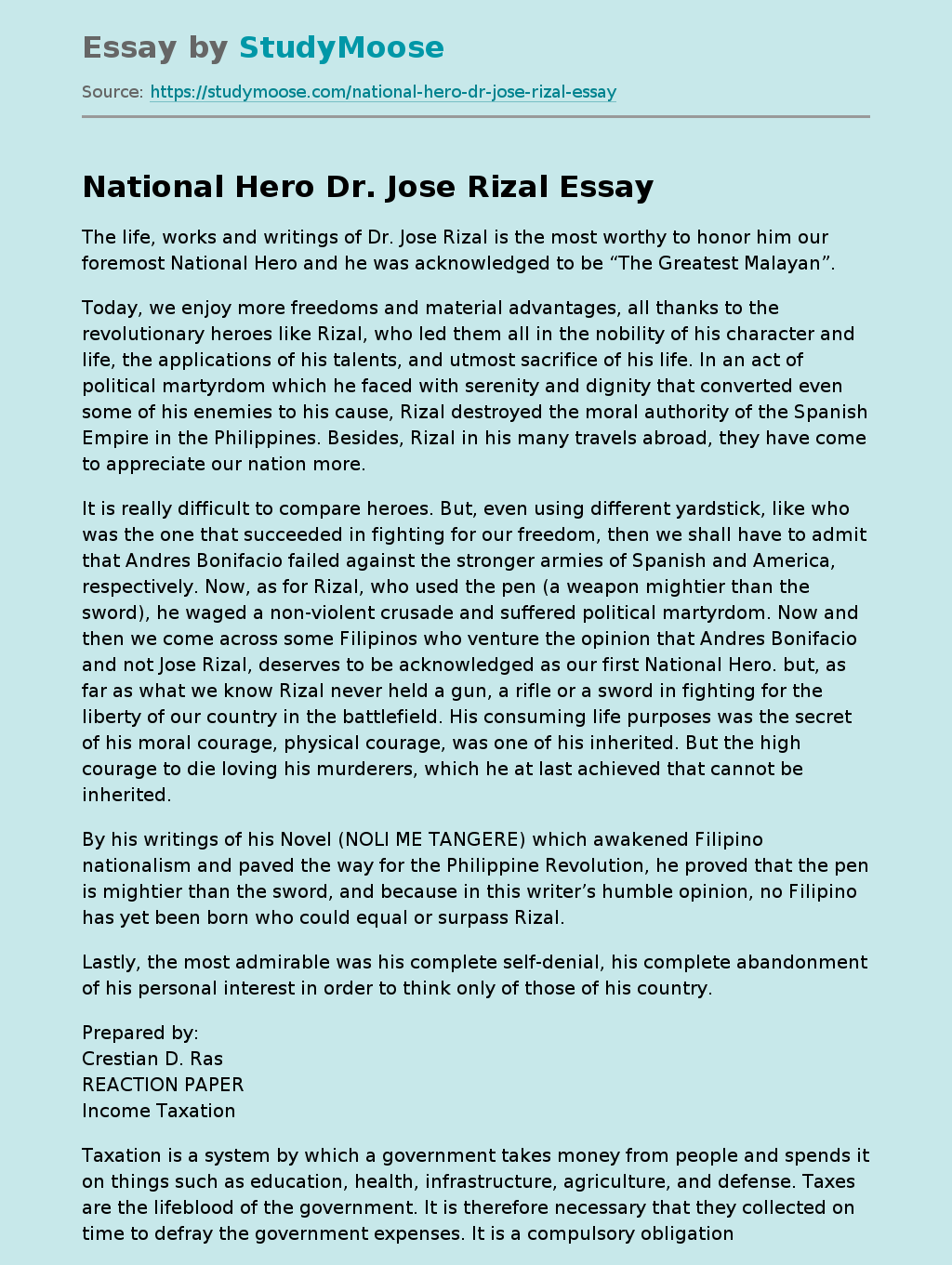