Despite the fact that many had viewed John D. Rockefeller and Andrew Carnegie as “Tycoons of Industry” or “Robber Barons”, these two industrial giants begged to differ. “Robber Baron” was a name given to industrial giants in the late 19th century who were believed to have become wealthy through unethical means, such as questionable stock-market operations. Rockefeller once stated “…and only through such successive steps and by a great aggregation of capital is America today enabled to utilize the bounty which its land pours forth, and to furnish the world with light.

Don't use plagiarized sources. Get your custom essay on
“ John D. Rockefeller and Andrew Carnegie ”
Get custom paper
NEW! smart matching with writer

” He believed it was necessary during the time of the great depression for him to increase his capital. In doing so he consulted with other companies within the business to bring out some order. This was Rockefeller’s view of the situation, but many others of his time, or people of the working class did not perceive the situation as he did. They believed Rockefeller and aggregation of capital worked together to cheat them out of their money in a time of crisis.

Another famous industrialist, Andrew Carnegie argued that capitalists are the benefactors of the world. Carnegie believed that the poor should follow such capitalists or men of wealth because it produces the most beneficial results for the community. Carnegie stated, “The man of wealth thus becoming the mere trustee and agent for his poorer brethren, bringing to their service his superior wisdom…doing for them better than they would or could do for themselves…” Once again, a great capitalist such as himself portrayed his position in a positive aspect.

Andrew Carnegie provided a sense of closure for the American people. This is rather interesting because it contradicted the beliefs about capitalists of his time. He stated that capitalists were modest and did not live ostentatiously although most capitalists of his time did flaunt their wealth. It seems that the statement given by Andrew Carnegie provided a sense of security and a newfound trust within capitalists. He tried to prove that he was not at all a “Robber Baron” of his time. He portrayed capitalists such as himself as men of wisdom and not shrewd men that hand swindled their wealth. 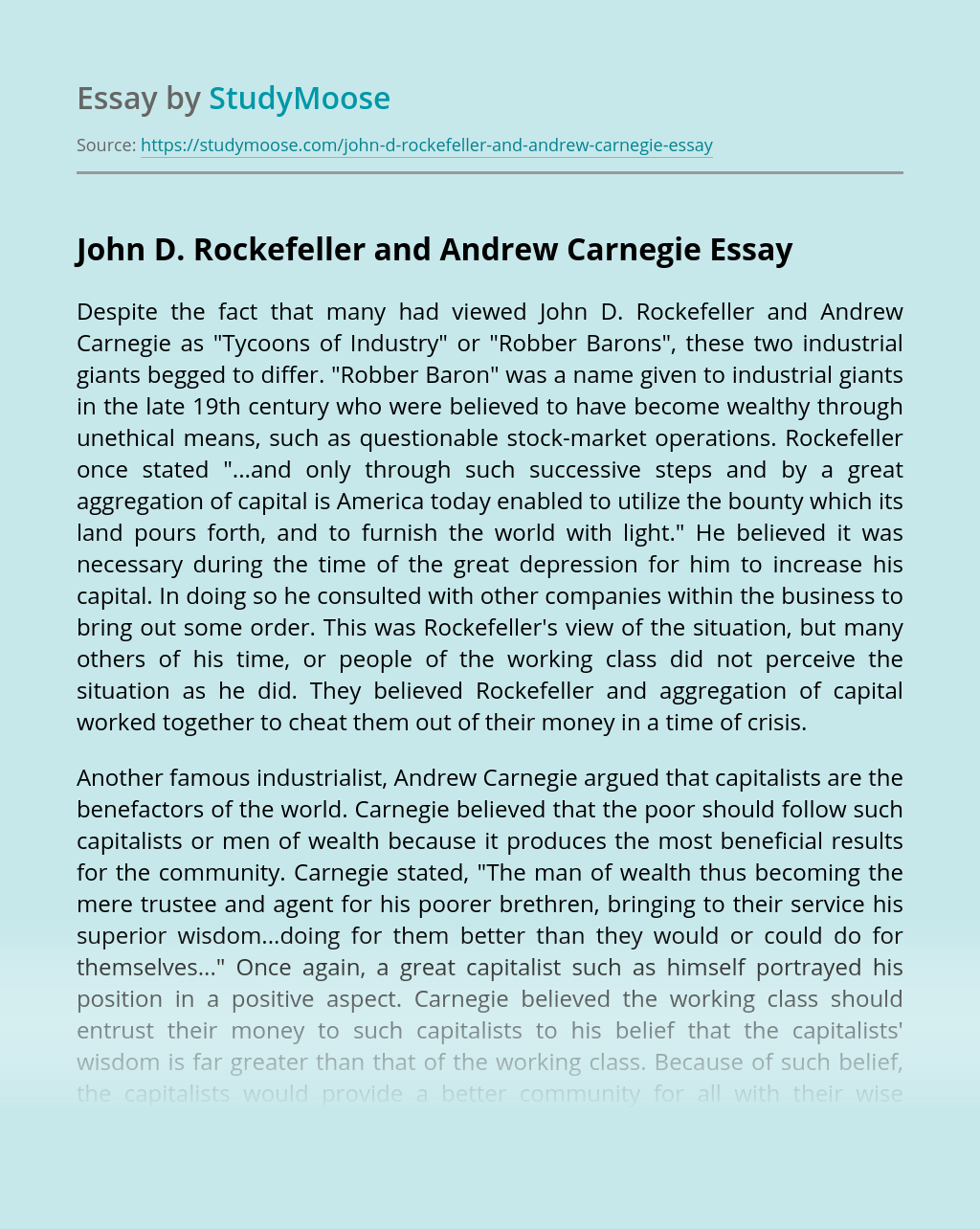