Jack in "The Graveyard Book"

This chapter was about a man named Jack who murdered a mother, father, and oldest child. When he goes to the last victim’s room, the baby, they are gone. The baby snuck out of his crib, and slid down the stairs. Then he got outside and went to a graveyard where he met the ghosts of an old married couple, named Mr and Mrs.Owens. But then the ghost of the baby’s mother arrives, and asks the ghosts of the married couple to take care of her baby.

Don't use plagiarized sources. Get your custom essay on
“ Jack in “The Graveyard Book” ”
Get custom paper
NEW! smart matching with writer

After that, Jack went to the graveyard to look for the baby. While trying to look for the baby he ran into the ground keeper, who told the man that he probably saw a fox instead of a baby, and then led Jack out of the graveyard. During this Mrs.Owens is taking care of the baby, but some other ghosts in that graveyard are not happy about it. They want to send the baby back where it came.

Then Mrs. Owens says that she will take care of the baby so they don’t have to worry.Then the ghosts decide to give the baby a name, so they name him Nobody Owens. After that the baby begins to cry and Mrs. Owens sings to him to calm him down. Then the ghosts debated about if they should let Nobody live in the graveyard.

Suddenly a huge white horse comes up the hill with a woman dressed completely in grey.

The ghosts all knew her because they all saw her at the end of her lives. The woman says that the Nobody should be able to stay at the graveyard, and the ghost’s debate ended.

Jack in "The Graveyard Book". (2020, May 05). Retrieved from https://studymoose.com/jack-in-the-graveyard-book-essay 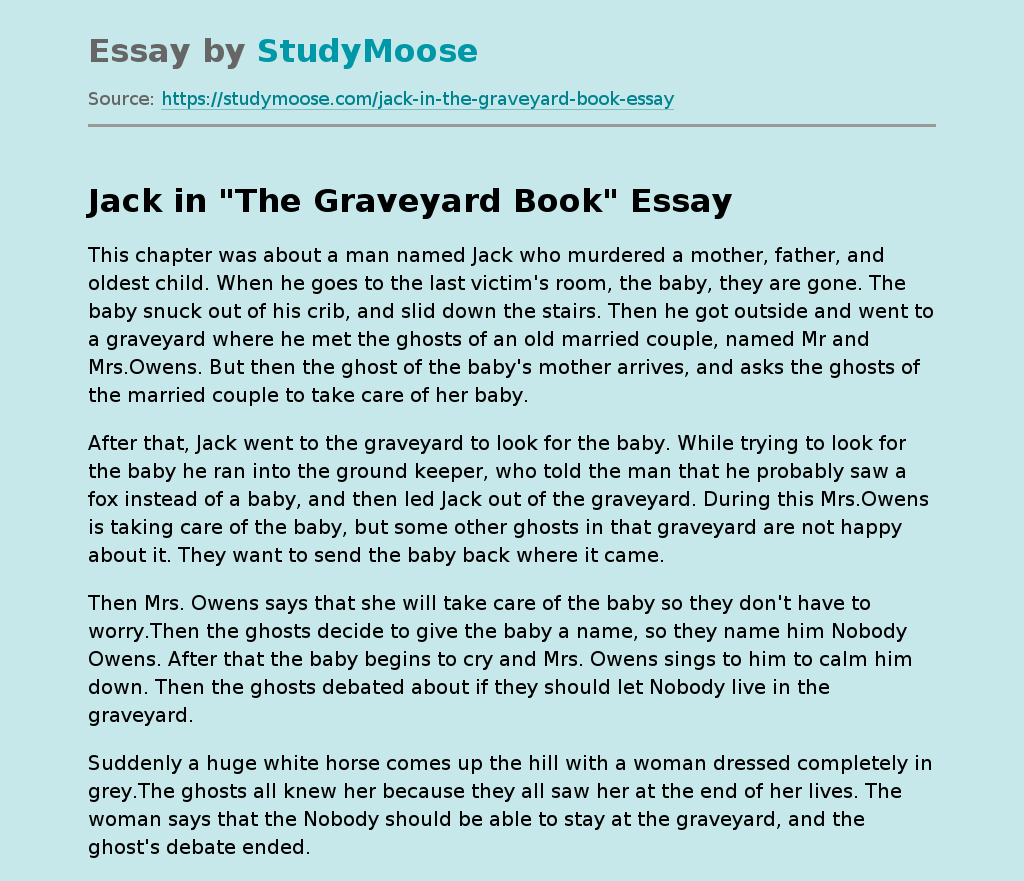