Inventions During the 1920s

The 1920’s were time of great prosperity and new trends that swept the nation. One of the best trends were all of the new inventions being created. Inventions including the Band-Aid, the Iron Lung, and even Bubblegum! These are three of the many inventions created during the 1920’s, and many are still to come. Earle Dickson was employed as a cotton buyer for the Johnson & Johnson when he invented the band-aid in 1921. His wife Josephine was always cutting her fingers in the kitchen while preparing food.

Don't use plagiarized sources. Get your custom essay on
“ Inventions During the 1920s ”
Get custom paper
NEW! smart matching with writer

At that time a bandage consisted of separate gauze and adhesive tape that you would cut to size and apply yourself. Earle noticed that gauze and adhesive tape she used would easily fall off her fingers. He decided to invent something that would stay in place and protect small cuts better. Earle took a piece of gauze and attached it to the center of a piece of tape, and then covered it with crinoline to keep it sterile.

His boss, James Johnson, saw Dickson’s invention and decided to manufacture band- aids to the public and make Earle vice-president of Johnson & Johnson.

Sales of Band-Aids were slow until Johnson & Johnson decided to give Boy Scout troops free Band-Aids as a publicity stunt. By 1924, Band-Aids were machine made, sold sterilized in 1939, and made with vinyl tape in 1958. The first modern and practical respirator nicknamed the “iron lung” was invented by Harvard medical researchers Philip Drinker and Louis Agassiz Shaw in 1927. The inventors used an iron box and two vacuum cleaners to build their prototype respirator.

Almost the length of a subcompact car, the ron lung exerted a push-pull motion on the chest. In 1927, the first iron lung was installed at Bellevue hospital in New York City.

The first patients of the iron lung were polio sufferers with chest paralysis. Later, John Emerson improved upon Philip Drinker’s invention and invented an iron lung that cost half as much to manufacture. In earlier and less successful lie detector or polygraph machine was invented by James Mackenzie in 1902. However, the modern polygraph machine was invented by John Larson in 1921. John Larson, a University of California edical student, invented the modern lie detector (polygraph) in 1921.

Used in police interrogation and investigation since 1924, the lie detector is still controversial among psychologists, and is not always judicially acceptable. The name polygraph comes from the fact that the machine records several different body responses simultaneously as the individual is questioned. The theory is that when a person lies, the lying causes a certain amount of stress that produces changes in several involuntary physiological reactions.

A series of different sensors are attached to the body, and as the polygraph measures changes in breathing, blood pressure, pulse and perspiration, pens record the data on graph paper. During a lie detector test, the operator asks a series of control questions that set the pattern of how an individual responds when giving true and false answers. Then the actual questions are asked, mixed in with filler questions. The examination lasts about 2 hours, after which the expert interprets the data. In 1928 Walter Diemer invented the successful pink colored Double Bubble, bubble gum.

The very first bubble gum was invented by Frank Henry Fleer in 1906. He called it Blibber-Blubber. Fleer’s recipe was later perfected by Walter Diemer, who called his product Double Bubble. Some of the medical inventions were insulin and penicillin. Insulin is a hormone produced in the pancreas. It was isolated in 1921-22 at the University of Toronto. The scientists involved in the research were Dr. Fredrick Banting, Charles Best,a medical student at the time of the discovery, Professor J. J. R. Macleod and Dr. James Collip. On June 3, 1934, Dr Frederick Banting the co-inventor of insulin was knighted for his medical discovery.

In 1928, Sir Alexander Fleming observed that colonies of the bacterium Staphylococcus aureus could be destroyed by the mold Penicillium notatum, proving that there was an antibacterial agent there in principle. This principle later lead to medicines that could kill certain types of disease-causing bacteria inside the body. At the time, however, the importance of Alexander Fleming’s discovery was not known. Use of penicillin did not begin until the 1940s when Howard Florey and Ernst Chain isolated the active ingredient and developed a powdery form of the medicine. 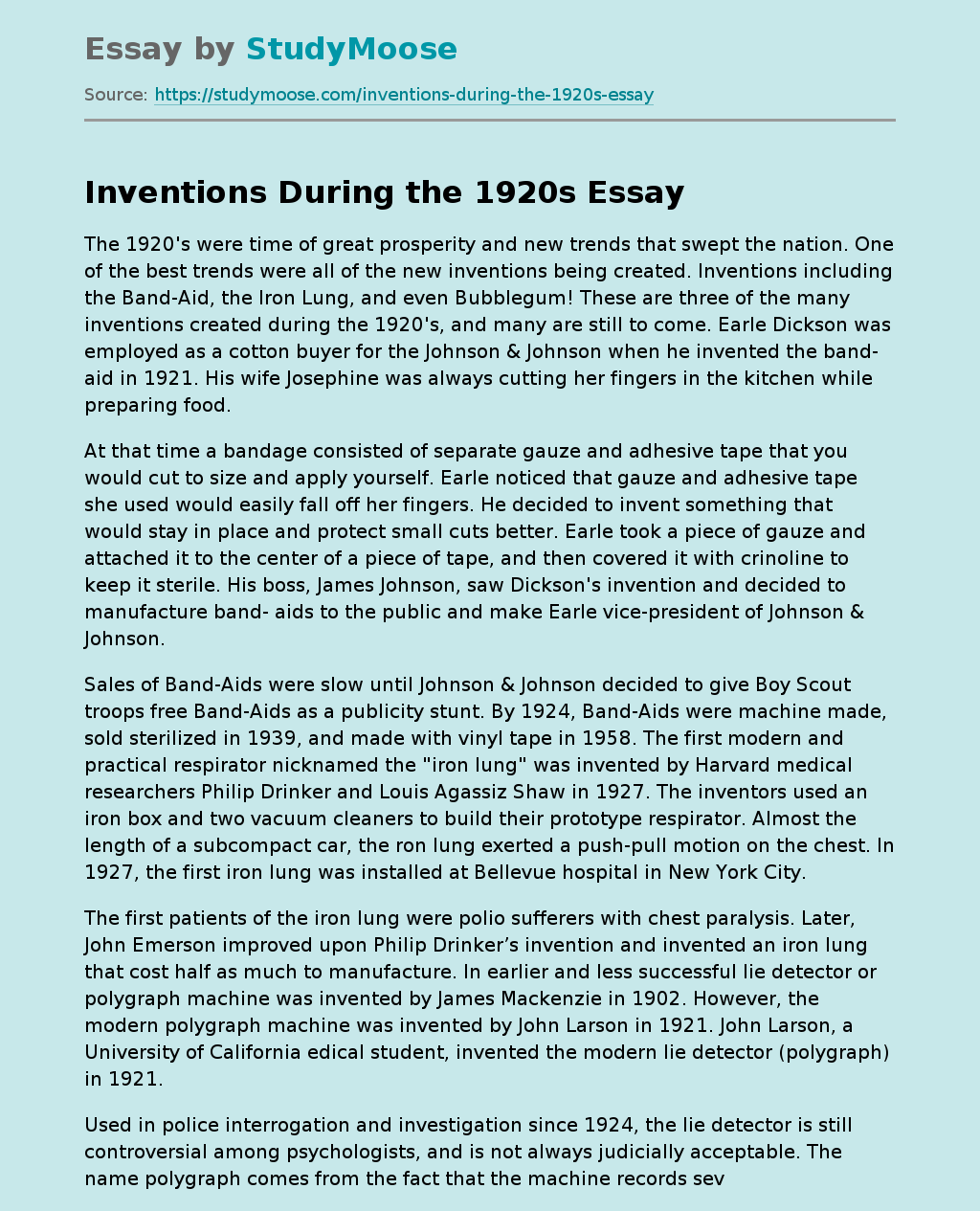