In the novel, ‘I Heard the Owl Call My Name’, written by Margaret Craven, an impressive character was Keetah…

Don't use plagiarized sources. Get your custom essay on
“ Impressive Characteristics of Keetah ”
Get custom paper
NEW! smart matching with writer

The author shows this on page 55 during a short conversation between Keetah and her sister: ‘“Nothing will change. Tell me- tell me you don’t feel I have deserted you. ” “Of course not. You know that. I want you to go. ” He watched their faces, and he knew each meant desperately what she said because they loved each other, and deep inside surely each knew the words were false, that the true words were those unspoken.

’ This shows that despite Keetah wanting her sister to stay she accepted the change and let her sister go. 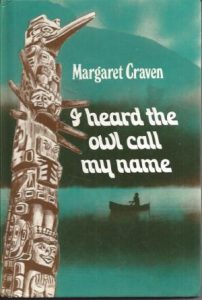 Another impressive characteristic is Keetah’s ability to see what was best for others. When Keetah leaves with Gordon she knows that he will not come back. She herself could not desert her village and so she gets pregnant with Gordon’s child in order to keep a bit of him with her and the village. This is seen on page 114.

‘”Each day I saw my Gordon grow more and more like the white man until even in church the white girls said, ‘Who is that good looking boy? ’ I am too Indian for Gordon now and I know and he knows it…. I lost my sister to death.

I have lost Gordon to life, and this is harder…To be an Indian in my village is to be free as no white man is ever free, and it is to live behind a wall…. I stayed until I was sure that when I came home I would bear his child…To keep a part of him here in the village with his own people so they can last, so I, too, can live. ” This shows that Keetah can ignore her deeper feeling and do what is best for the village by keeping a part of Gordon with them. Therefore, Keetah proves herself an impressive character by her abilities such as her ability to accept change and do whats best for others.