Don't use plagiarized sources. Get your custom essay on
“ Impact of World War II on Minority Groups within the United States ”
Get custom paper
NEW! smart matching with writer

Minority groups got the opportunity to work with majority group (white men). Black men donated blood during the war.

Not only black men, but many black women also actively took part in the war. A lot of men’s works were done by the women during the world war second. Therefore the world war second offered many new opening for the minority groups. This war terminated many old outlines. Several Indians and American Africans permanently left their traditional lives and they settled into the cities.

A number of Indians first time came into the non-Indian society. After coming into this society they obtained the advantage of good education for their children, higher living standard, many job opportunities and better heath care system. Many acts such as Snyder Act, Selective Service Act, and Nationalities Act are passed during the world war second to take the minority groups equal to the whites.

Impact of World War II on Minority Groups within the United States. (2016, Sep 24). Retrieved from https://studymoose.com/impact-of-world-war-ii-on-minority-groups-within-the-united-states-essay 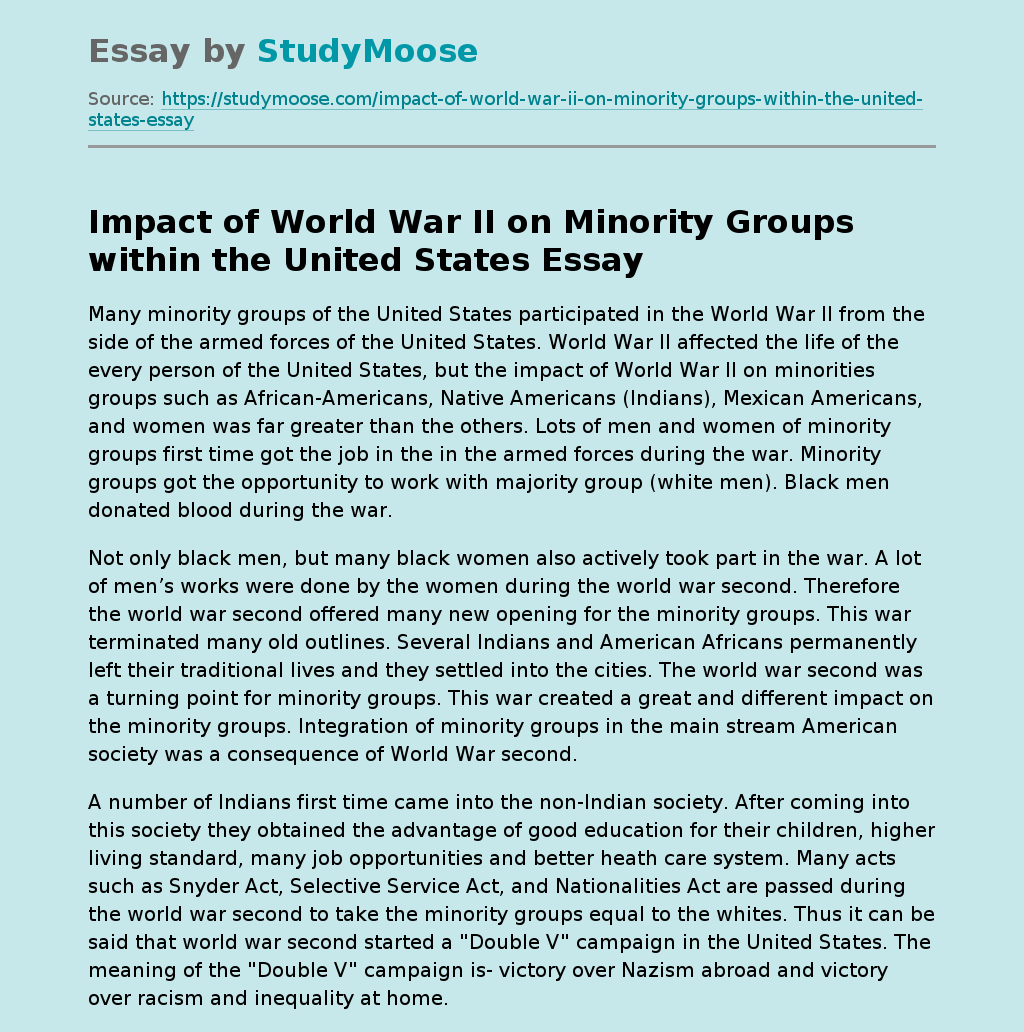