Sources in behavioral sciences cannot specifically pinpoint the cause of aggression among people but cited influences such as childhood experiences, economic deprivation, social conflicts, power relations and even possible genetic causes. I have experienced some of these aggressions from people I came in contact with even from my friends and family. They vary in the motives and the means. Following are two examples of these experiences identifying hostile and instrumental aggressions.

Hostile aggression has the motive to inflict either physical or psychological harm and it is usually accompanied with anger (Sports Science and Medicine, 2007).

Don't use plagiarized sources.
Get Your Custom Essay on Hostile Aggression and Instrumental Aggression Just from $13,9/Page

I experienced hostile aggression from a schoolmate years ago. I was in a hurry to get to class one school day when I accidentally hit a schoolmate with the folders and books I was holding. I was unfortunate to hit the school bully who was a show off. He somehow felt embarrassed and insulted by me though it was an accident. My things fell on the floor and I bent to pick them up but he kicked me in the head.

It was hard kick and I could still remember the anger in his face when he looked at me, as if he wanted to do it again. So I ran away to avoid further injuries. This hostile aggression is an example of somebody who was simply angry and “emotionally hurt” because somebody could afford to hit him that he retaliated with aggression inflicting physical harm to me to appease his feelings. Instrumental aggression is more of a means to achieve a goal; the aggression is not the goal itself unlike hostile aggression (Sports Science and Medicine, 2007).

I had an experience witnessing instrumental aggression at a basketball game in our community game center. The man kept throwing trash on everybody watching the game at the bleachers. He matched this aggressive behavior with shouting foul language to the person he hits. Then he would laugh and repeat the act hitting another person. He was eventually escorted out of the ballgame by the security people. This is an example of somebody who uses aggression just to get attention. Possibly, he needed to be noticed and has proved that aggression satisfied this need. 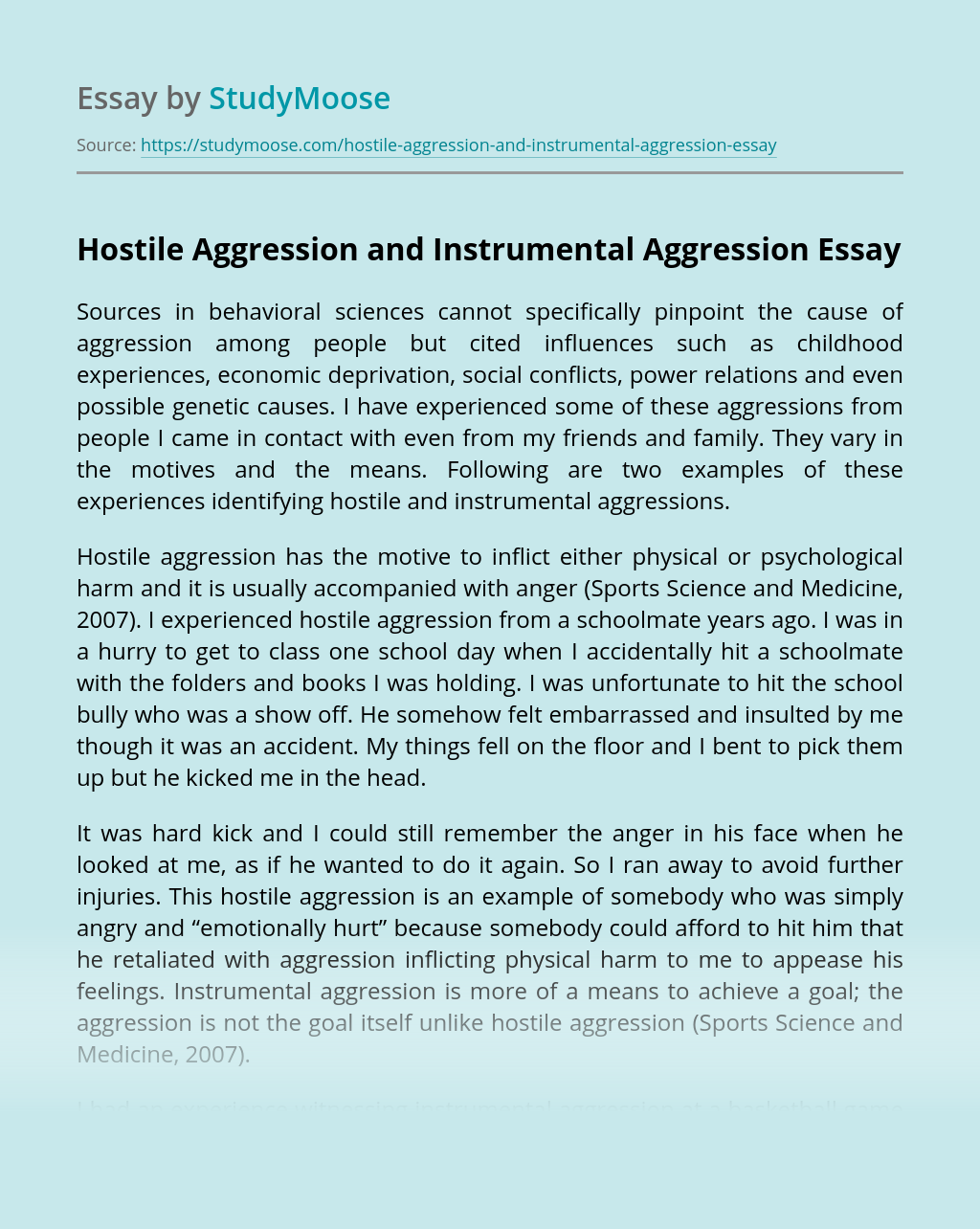