The first time an outdoor public space was rented for advertising purpose was in USA in the late 1860’s.

Don't use plagiarized sources. Get your custom essay on
“ History of graphic design ”
Get custom paper
NEW! smart matching with writer

However, until the early 20th century, advertising was unregulated in the United States. Ranging from products such as drugs, oils and ointments, any thing could be sold without proper verification. For instance, the advertisement of the of Merchant’s Gargling Oil, 1894, shows the oil to be ‘A Liniment for Man and Beast’ and below it is inscribed that yellow wrapper was for animal and white for beast.

Companies selling such products could easily deceive people by selling of a same potion, wrapped differently. The rise of graphic designing and advertising, as complimentary to each other, was seen in the late 19th century as business directories started using different type sizes for the names of various companies, so as to identify each company and the products that it sold. Then advertisements promising job opportunities and a high standard of living and attracting people to come and settle in particular states, became popular.

The cover image displayed California, the ‘Golden State’ as a paradise with fruit orchards and 2 History of graphic design 3 pleasure for the youth. to change its image. The 19th century was however, characteristic of a stale and stagnant designing strategy. But, in the early 20th century, the graphic designers started to use the sans-serif font. Although the change was not significant, it was a slow evolution of graphic designing.

They did not have the advantage of computer use and software products like Adobe InDesign, Adobe Photoshop, QuarkXPress and Corel Graphics Suite, just to name a few. Creating designs with the use of technology was a very challenging and arduous task. However, in 1890s, Frederic Goudy’s ‘The Inland Press, 1898, and Printer’s Ink, were among the first publications designed to serve the graphic designing world with technical knowledge. There are great names that had emerged and gained popularity in the early 20th century itself. One such designer was Eric Gill, a well known British typographer, sculptor and engraver.

His first successful work was ‘Mother and Child’ created in 1912. Gill invented the Perpetua typescript on the foundation of Classical Roman letters for Morison in 1925. Herbert Bayer born in 1900 was another famous designer of this period. He invented a vivid visual style of designing and believed in clear simplification. Herbert Bayer became the art director of the Berlin affiliate of Vogue magazine in 1928. With graphics designing gaining ground as a coveted profession and increased use of technology in the industry, there has been no looking back. 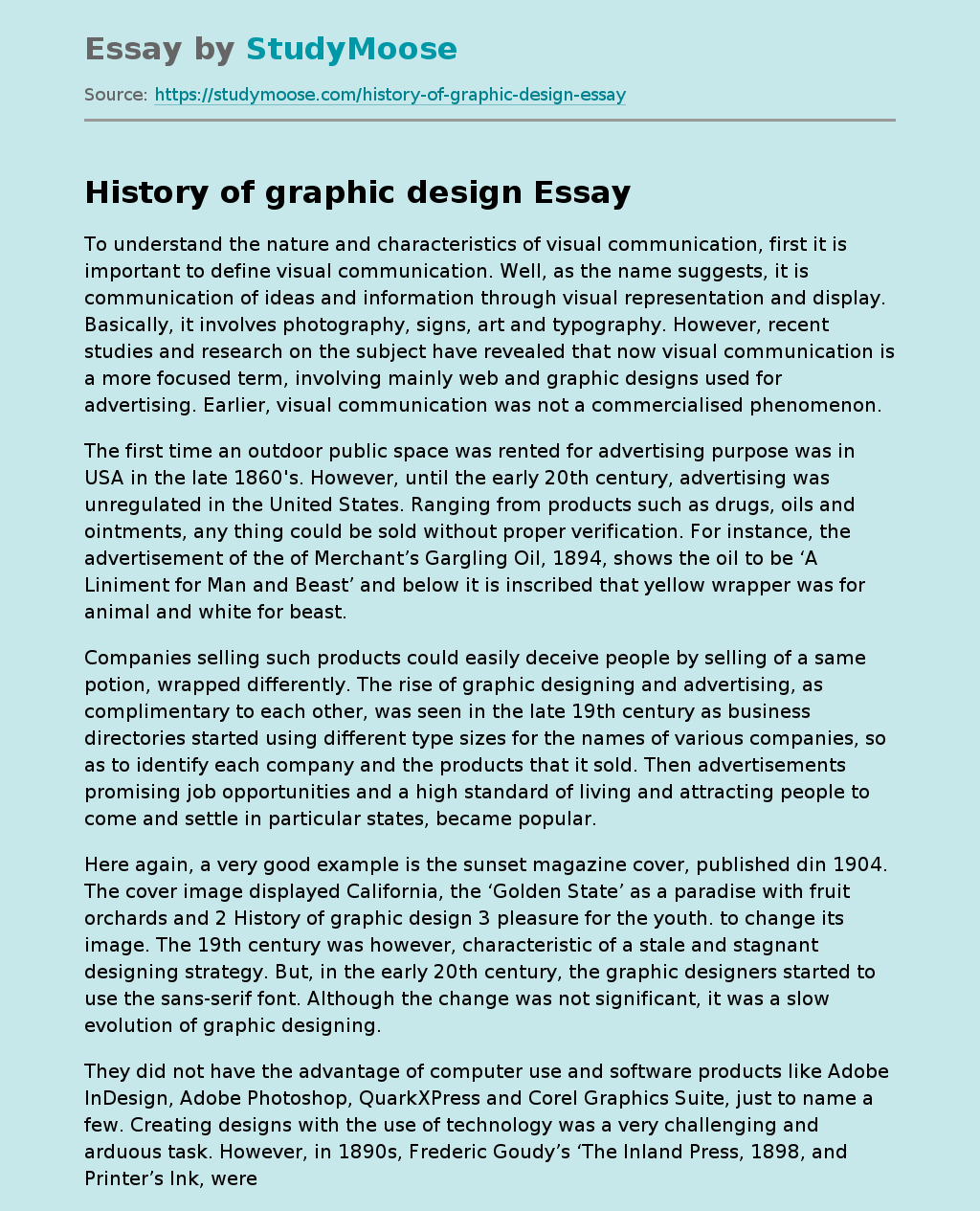