Lets start with Halloween since that comes first in the year. Halloween is a holiday celebrated at night on October 31st.

Don't use plagiarized sources. Get your custom essay on
“ Halloween & Christmas? Similar or Different? ”
Get custom paper
NEW! smart matching with writer

The word Halloween is shortening All Hallows’ Evening also known as Hallowe’en or All Hallows’ Eve. The traditional activities include trick-or-treating, bonfires, costume parties, visiting “haunted houses” and carving or painting pumpkins into jack-o-lanterns. Irish and Scottish immigrants carried versions of the tradition to North America in the nineteenth century. Other western countries embrace the holiday in the late twentieth century including Ireland, the United States, Canada, Puerto Rico and the United Kingdom as well as Australia and New Zealand.

The ancient Gaels believed that on October 31, the boundaries between the worlds of the living and the dead overlapped and the deceased would come back to life and cause havoc such as sickness or damaged crops. The countries this scary holiday is celebrated in are; Austria, Korea, Belgium, Mexico (day of the dead), Canada, Latin America, China, Spain, Sweden, Czechoslovakia, England, France, Germany, Hong Kong, Ireland, and Japan.

Christmas is both a sacred religious holiday and a worldwide cultural and commercial phenomenon. For two millennia, people around the world have been observing it with traditions and practices that are both religious and secular in nature.

Christians celebrate Christmas Day as the anniversary of the birth of Jesus of Nazareth, a spiritual leader whose teachings form the basis of their religion. Popular customs include exchanging gifts, decorating Christmas trees, attending church, sharing meals with family and friends and, of course, waiting for Santa Claus to arrive. December 25–Christmas Day–has been a federal holiday in the United States since 1870. 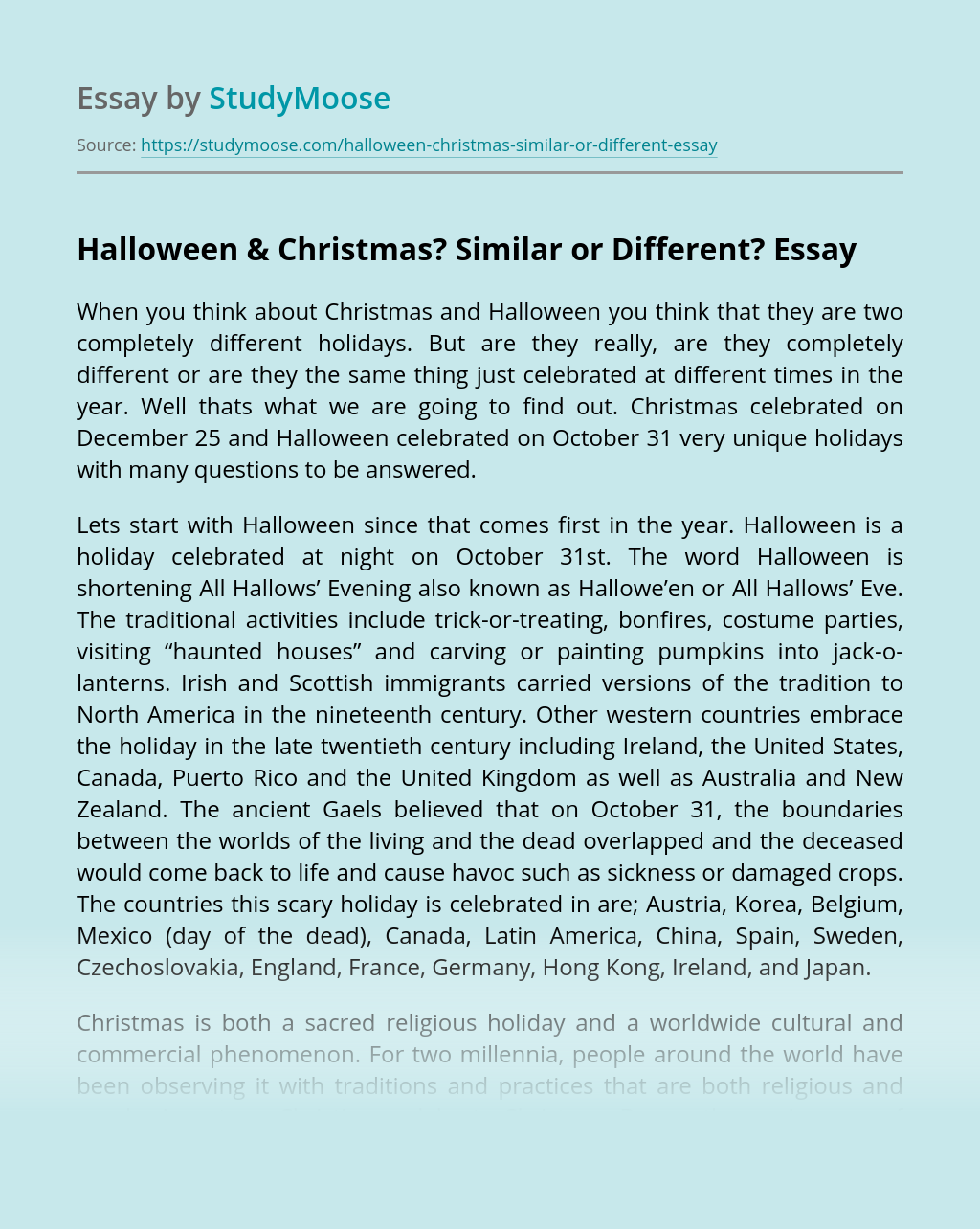