Don't use plagiarized sources. Get your custom essay on
“ Grandparents and Grandchildren Relationships ”
Get custom paper
NEW! smart matching with writer

Therefore, from this relationships the grandchildren gains historians and educators. Another important role that the grandparents can play on the growth of their grandchildren is mentoring them. Children require mentorship in order to avoid making some mistakes such as engaging in immoral behaviors.

As a result of these relationships, children develop life skills on activities which can be performed during their leisure times. Grandparents also can gain some benefits from their relationships with their grandchildren. For instance, some grandparents use their parenting skills in grand parenting in order to prove to their children that they are good parents as a result of their years of experience (Mader, 2007, p. 1). Further, this relationship offers the grandparents with an opportunity to be involved in their grandchildren’s lives. 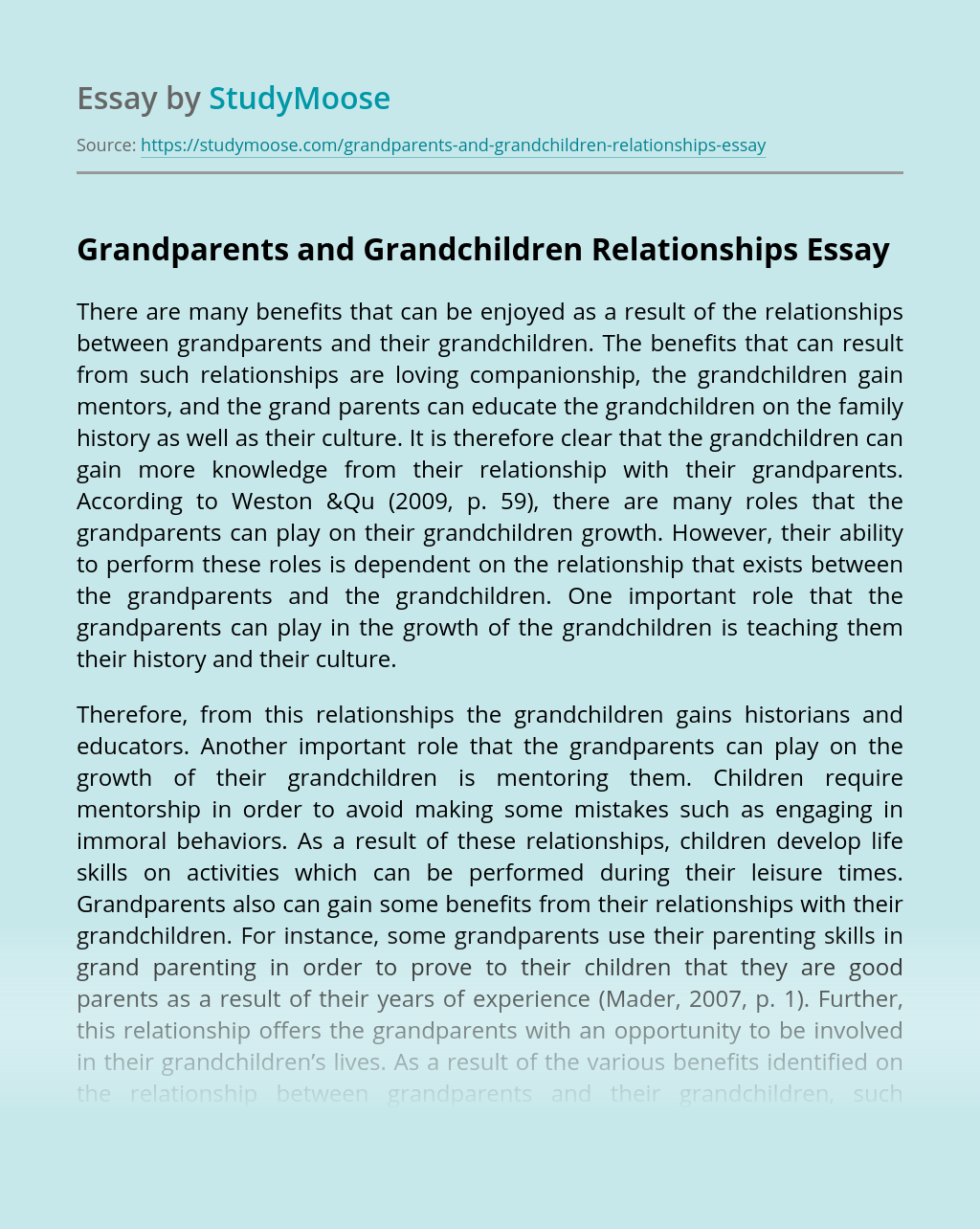