Man-made disasters are the consequence of technological or human hazards. Examples include stampedes, fires, transport accidents, industrial accidents, oil spills and nuclear explosions/radiation. War and deliberate attacks may also be put in this category. As with natural hazards, man-made hazards are events that have not happened, for instance terrorism. Man-made disasters are examples of specific cases where man-made hazards have become reality in an event.

Global warming
Global warming is one of the most overlooked and ongoing man-made disasters — one that will have the greatest long-term impact on humanity.

Don't use plagiarized sources. Get your custom essay on
“ Global Warming: The Overlooked Man-Made Disaster ”
Get custom paper
NEW! smart matching with writer

Excessive amounts of greenhouse gases, particularly CO2, introduced into the atmosphere have increased average global temperatures forecasting a number of dire consequences. Impacts from rising sea levels, desertification, and damage from intense super storms like Hurricane Katrina have already created some of the first groups of climate-change refugees and some estimate that number to rise to 150 million by 2050. But even if you’re skeptical of the science, the excessive amount of carbon made has released into the atmosphere has started a dangerous problem with ocean acidification.

As the oceans absorb more carbon, it’s turning into carbonic acid and decreasing dissolved oxygen concentration making some oceanic environments uninhabitable. With our own reliance on seafood, this in turn has threatened humanity’s own ability to feed itself. Together tackling global warming and ocean acidification are the biggest challenges man has created for itself and most living creatures on the planet.

Global warming is the rise in the average temperature of Earth’s atmosphere and oceans since the late 19th century and its projected continuation.

Since the early 20th century, Earth’s mean surface temperature has increased by about 0.8 °C (1.4 °F), with about two-thirds of the increase occurring since 1980.[2] Warming of the climate system is unequivocal, and scientists are more than 90% certain that it is primarily caused by increasing concentrations of greenhouse gases produced by human activities such as the burning of fossil fuels and deforestation.[3][4][5][6] These findings are recognized by the national science academies of all major industrializednations. Plant Trees Reduce Fossil Fuel Use Conserve Water 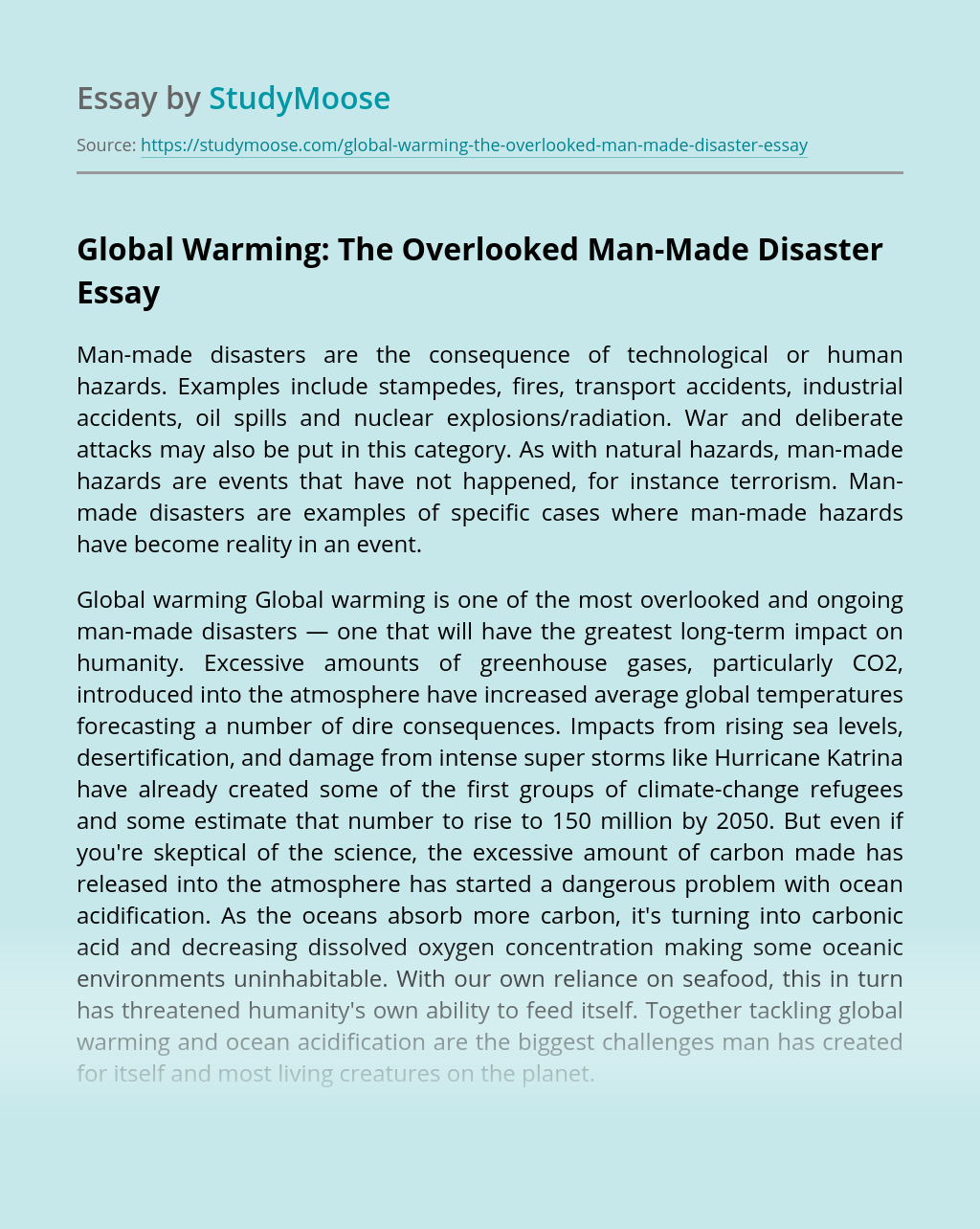