Francesco Landini, also known as Francesco Landino, was the son of the painter, Jacopo del Casentino and was an Italian music composer who was born c. 1335. He was born in Fiesole, on the outskirts of Florence, Italy. Francesco Landini was the most praised and honored Italian composer of his time. He was also labeled as the most acclaimed composer of the fourteenth century. During his childhood he was known to have had a love for learning philosophy, astrology and music. Unfortunately, he was infected with smallpox and as a result he became blind.

Don't use plagiarized sources. Get your custom essay on
“ Francesco Landini also known as Francesco Landino was the son of the ”
Get custom paper
NEW! smart matching with writer

Although being blind may have been a challenge, it still did not stop Francesco from following one of his dreams, which was learning music. He began to learn to play instruments such as the organ, which he later mastered. He also learned to play the lute, guitar and flute. Francesco had many talents. Not only did he play instruments, he built them as well. He was also an active poet and singer.

During this time, he worked under another Italian composer by the name of Jacopo da Bologna. Francesco Landini music was early music and more on the classical side. His music was said to have an easy flowing tune with a beautiful harmony. Some of his greatest works are Ecco la primavera, Muort’oramai, Cara mie Donna, Giunta vaga bilt , Giunta vaga bilt , Guard’una volta and that’s just to name a few. The works of Francesco Landini is Polyphonic music of the fourteenth century. His music was known to be very poetic. 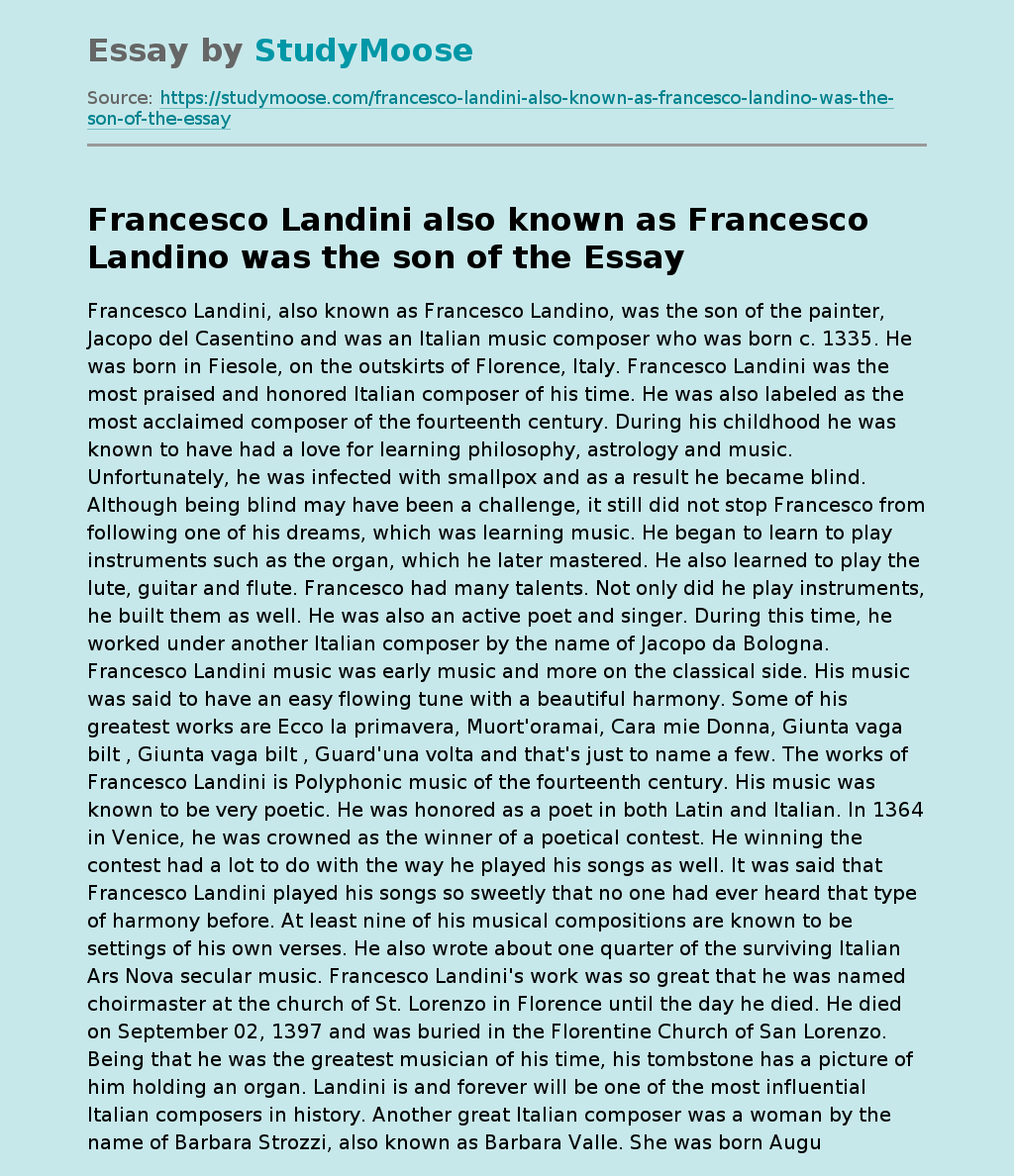