If any character in the novel represents a Christ figure it has to be Montag. Even though he does not share all the same traits as Christ that does not mean that he is not a Christ figure. Traits of Christ that are applicable to Montag is that he’s around his 30’s, self-sacrificing, good with children, came to redeem an unworthy world, in agony, in a way is unmarried, and is in a type of wilderness with an encounter with the devil.

Don't use plagiarized sources. Get your custom essay on
“ Christ Figure in Fahrenheit 451 ”
Get custom paper
NEW! smart matching with writer

Just like Christ, Montag was sacrificing himself and his life to redeem his society of its unworthiness. For example even though many were opposed to him, thought he was crazy, and wanted him under control, he knew what was right for the people by sacrificing his own life to try to get more books printed for them. He is good with children such as Clarisse (even though she’s not typically a child but an adolescent) by not treating her as if she’s an inferior but like as a friend; which is not how most adult figures in this novel would treat her.

Montag himself is in pure agony, even though he may not be physically but mentally.

His soul is in torment with so much unanswered to him and he feels the only way to redeem it is through books which holds such vast amounts of information. Even though he is supposedly ‘married’ to Mildred they do not even have love and compassion for one another, just only making them seem like housemates sharing a home. 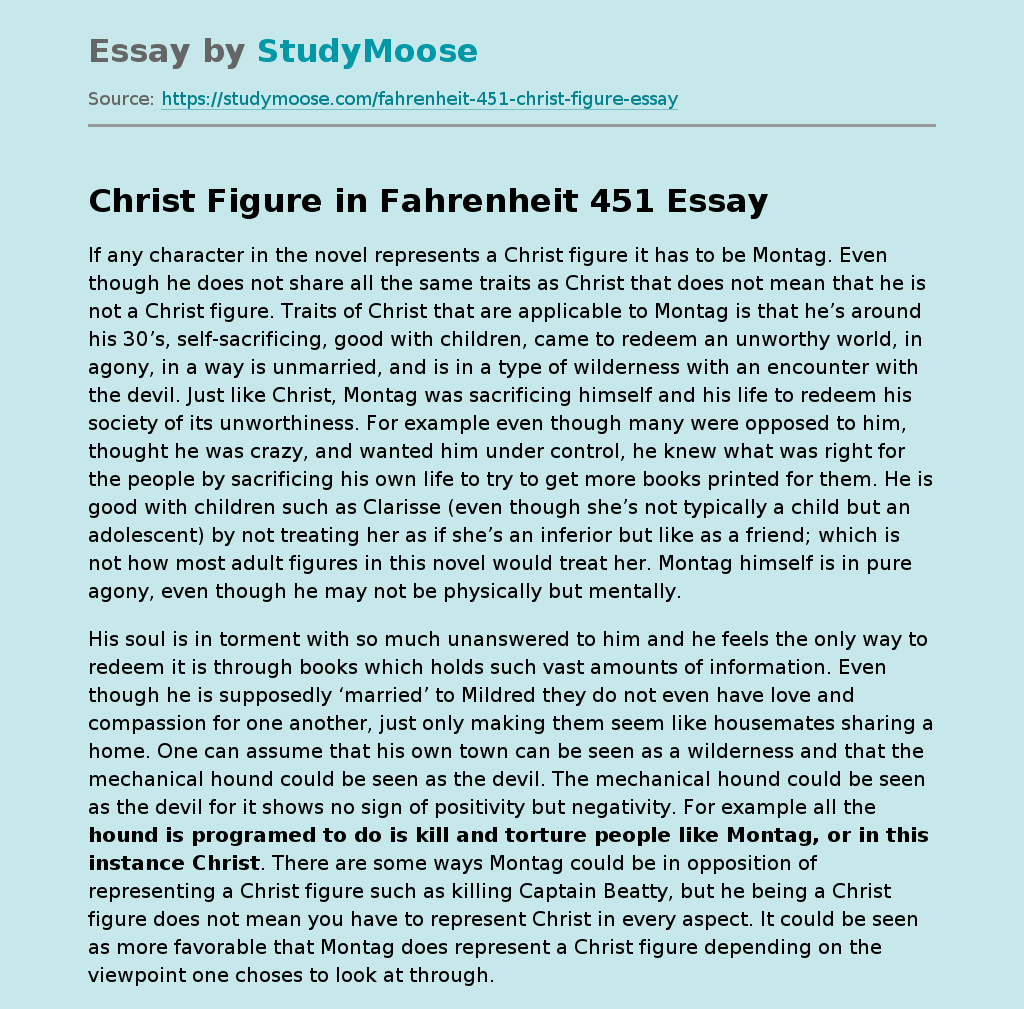