Racism is human nature; it is hardwired into our brains. Prejudice has existed for as long as humans have; it’s almost like an instinct. Fortunately, this is false, discrimination is not part of human nature. However, this is what it seems like in Harper Lee’s To Kill a Mockingbird, a classic novel that is both loved and hated by readers alike. Set within the fictional county lines of Maycomb, Alabama, the novel is narrated by a young girl named Jean Louise (Scout) Finch, growing up learning how to handle the crude prejudice and injustice in her depressed 1930’s society.

Don't use plagiarized sources. Get your custom essay on
“ Racism in literature ”
Get custom paper
NEW! smart matching with writer

Throughout To Kill a Mockingbird, Lee depicts the themes of courage, hypocrisy, and empathy phenomenally through the citizens of Maycomb County during a period of sorrow, economic grief, and vicious apartheid in the deep south of America.

In To Kill a Mockingbird, you see both types of courage portrayed by Atticus, when Tim Johnson, the neighbourhood dog, is showing visible signs of rabies such as: walking dazedly (98) and “acting like a mad dog”. Heck Tate, Maycomb County’s local sheriff, refuses to attempt shooting the dog.

He says: “I can’t shoot that well and you know it (99)”, which leaves Atticus obligated to shoot the infected dog.

Although Atticus is hesitant to pull the trigger, he carries through with the task for the safety of the neighbourhood and its residents. Harper Lee uses the dog itself as a symbol for the madness Atticus has to confront when he accepts Tom Robinson’s case. The majority of Maycomb County is against Atticus and his will to properly defend Tom Robinson, as they genuinely believe Tom is culpable based on no other evidence other than the fact he is black. Atticus shows determination to defend Tom Robinson, even when his closest neighbours turn against him, he stands against the “social norms” and represents what he believes to be morally right.

Both killing Tim Johnson and defending Tom Robinson scare Atticus, each for different reasons. And while Atticus shooting Tim Johnson shows Atticus overcoming the fear of physical injury, by Lee’s use of symbolism, it can be translated into him overcoming the fear of emotional harm and rejection of others by his standing for his beliefs despite the opinions of his neighbours. 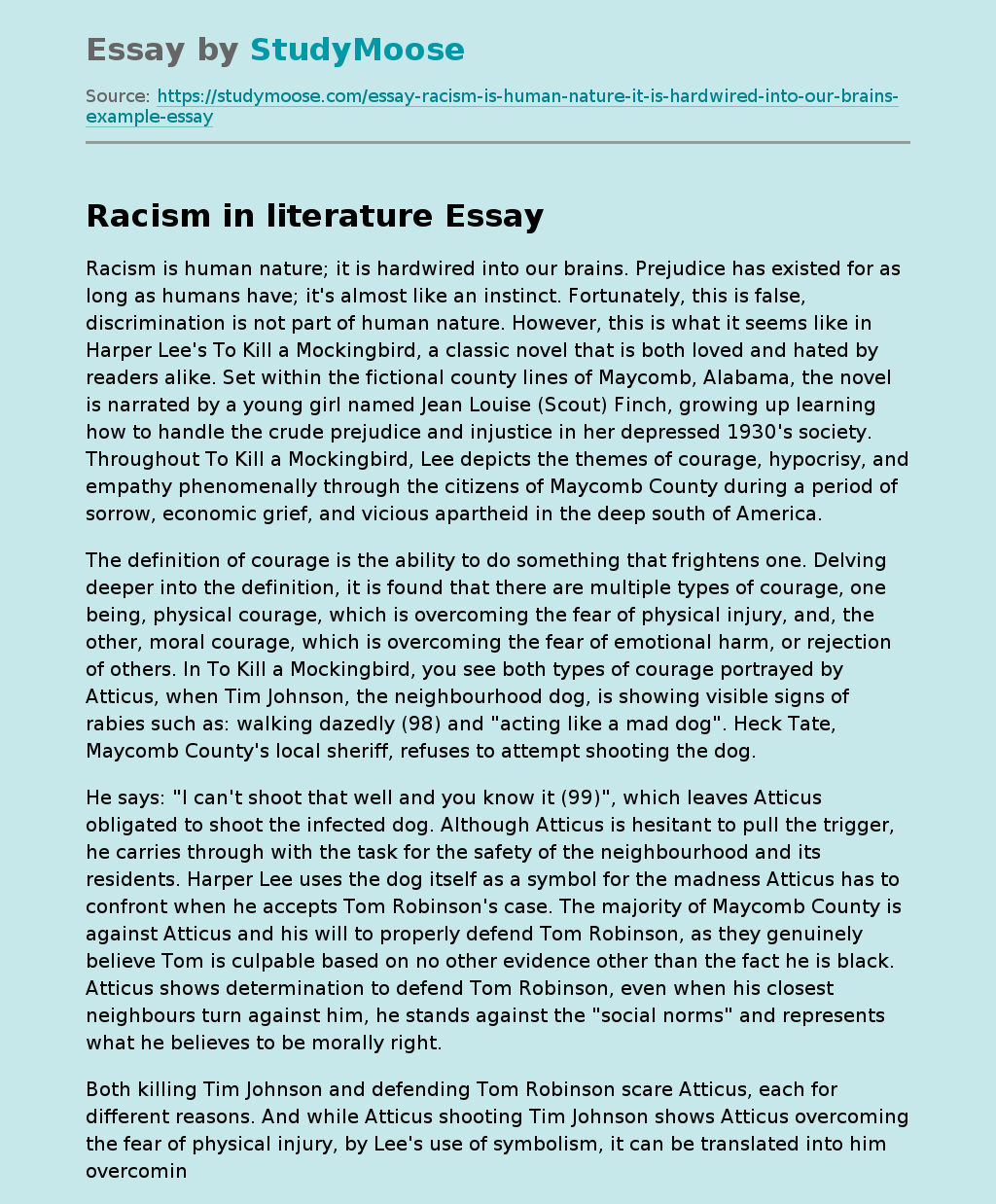