Don't use plagiarized sources.
Get Your Custom Essay on Environmental Discourse Just from $13,9/Page

Deep green environmentalisms operate under the assumption that the dominant political and social ideologies such as unchecked growth, pervasive consumerism and extreme industrialism and capitalism are inherently flawed and contributive to ecological damage.

They believe profound lifestyle changes and a willingness to confront dominant social institutions are needed to keep these problems in check. (Beder, 1991) By contrast, light green environmentalists are more common today: they have a casual concern regarding planetary welfare and do not view environmental protection as a distinct political ideology.

They do not seek the political emasculation of industrialism and capitalism but instead emphasize environmentalism as a lifestyle alternative.

The primary assumption is that it is difficult for individuals to go deep green and “turn their backs” on material luxury, and that the strategic consumption of light greens is ultimately trivial in relation to our ecological problems. To that end, bright green environmentalists embrace new forms of energy production, manufacturing, biotechnology, urban planning and other forms of sustainable design technologies as a means of retrofitting the present capitalist-industrialist mode of life rather than seeking to overthrow it. 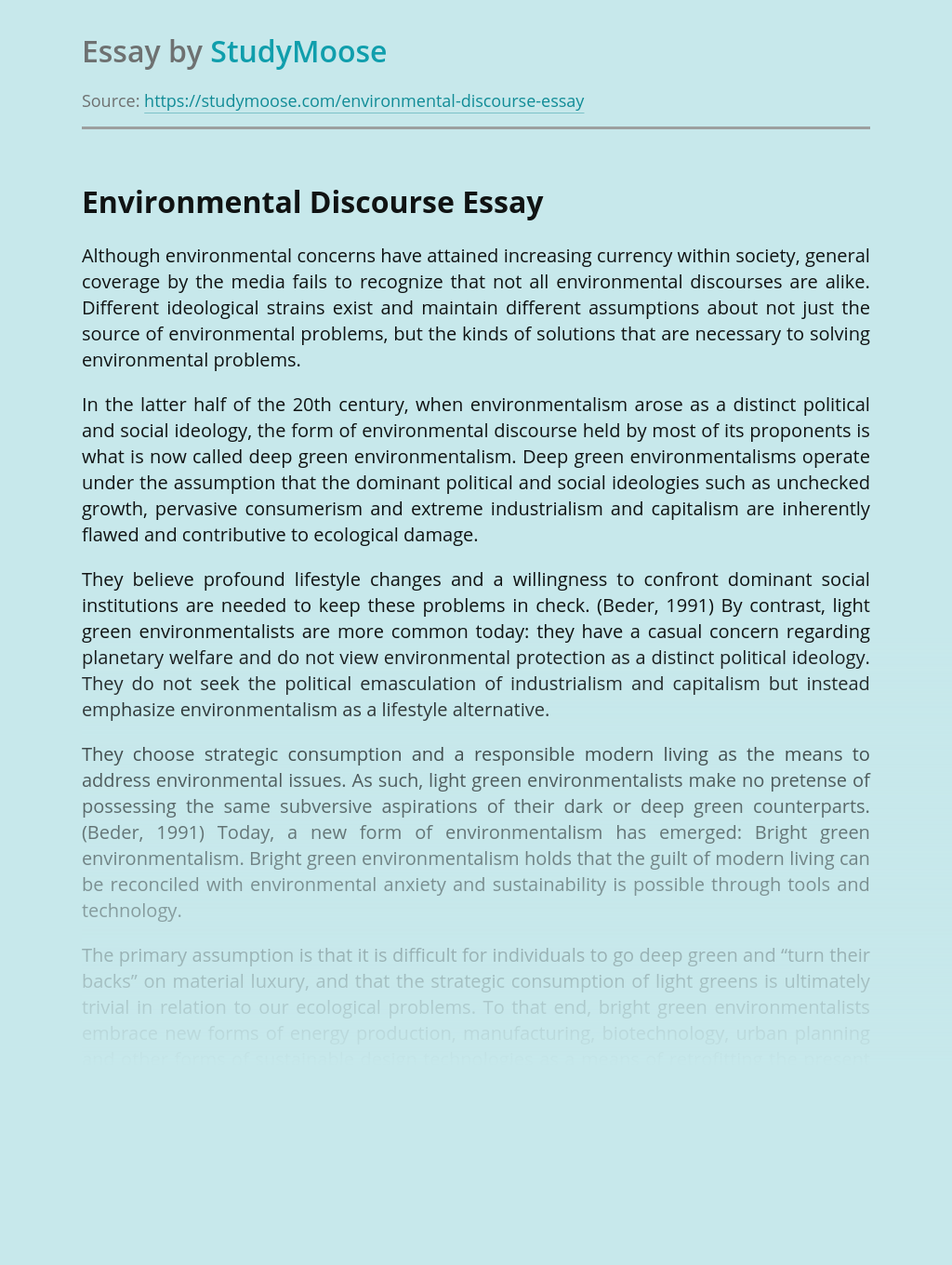 Theme of Best Friend in Tuesdays with Morrie

Rate this post Morrie once said, “dying is only one thing to be sad over… living unhappily is something else.” Morrie Schwartz was a remarkable person, a wonderful husband, a loving father and an amazing professor. His loving personality has touched the lives of many people around him, including his students, family and friends. During...

Why Respect Is Important

Rate this post War is the horrible, the most cruel activity of man. It is nothing but mass murder. The evolution of human society towards something better has always been under wars. Millions of dollars are spend every year for deadly weapons of war. Human nature hates cruelty although some people believe that humans must...

Live Together before Marriage

Rate this post Up to 78% of teens nowadays are in relationships. They find out that their relationships start with friendship and further proceed to romance and later lead to sexual intercourse. All of these experiences relate closely to the time they spend living together. Although many think that living together before marriage benefit both...