Efficient plant regeneration system has been developed from the nodal segments of chrysanthemum (Chrysanthemum morifolium L). Nodal segments, after being sterilized with 1.0% mercuric chloride for three minutes, were inoculated in Murashige and Skoog (MS) media with varied concentrations of indole acetic acid (IAA), benzylaminopurine (BAP) and their combinations. Different parameters including shoot initiation percentage, average number of shoots per explant, length of shoots (cm), number of leaves per shoot and number of nodes per shoot were studied during the course of study.

Don't use plagiarized sources. Get your custom essay on
“ Efficient plant regeneration system has been developed from the nodal segments of ”
Get custom paper
NEW! smart matching with writer

MS media supplemented with lower concentrations of IAA (0.1 and 0.2 mg/l) along with intermediate levels of BAP (1.0 and 2.0 mg/l) had a favorable effect on the regeneration of chrysanthemum plantlets using nodal segments of chrysanthemum, as compared to other concentrations and combinations. Satisfactory rooting response was obtained in half strength MS media supplemented with 0.2 mg/l indole butyric acid (IBA), followed by 0.2 mg/l naphthalene acetic acid (NAA) and IAA, respectively. Chrysanthemum commonly known as Gul-e-Daudi or Autumn Queen belongs to the family Compositeae (Asteraceae).

Efficient plant regeneration system has been developed from the nodal segments of. (2019, Aug 20). Retrieved from https://studymoose.com/efficient-plant-regeneration-system-has-been-developed-from-the-nodal-segments-of-essay 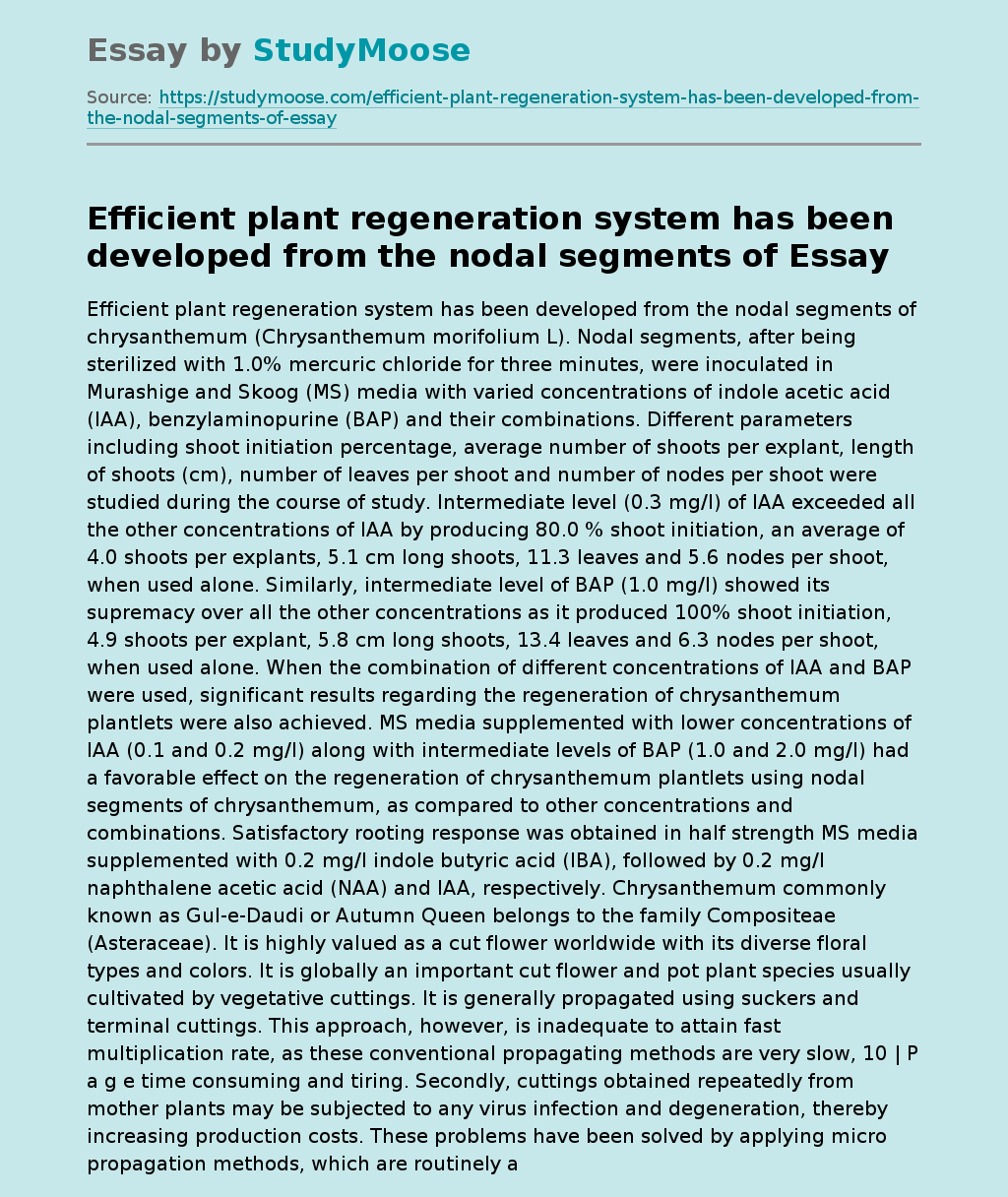