Many people today wonder if patriotism still matters. There are many different opinions to this issue in present day America. Some people say that it does still matter and that it will always matter. Patriotism to those people is important because they have a love for their country and a desire to for their country to keep developing and improving. Some feel that patriotism doesn’t matter because the country is already as developed as it will ever be, while others feel that patriotism doesn’t matter because they haven’t been taught what patriotism means to this country’s history

Loyalty, dedication, honesty, commitment and your country are all things that come to people’s mind when they think about patriotism.

Don't use plagiarized sources. Get your custom essay on
“ Does Patriotism Still Matter ”
Get custom paper
NEW! smart matching with writer

It can cause some people to swell with pride for their country, while others cry because of the pride that they feel when they think about their country and what it means to them. When the original thirteen colonies began fighting for their independence from England, patriotism to America was a priority.

They felt such pride and honor for America that they were willing to risk their lives for the patriotism that they felt.

Some countries think that Americans feel that patriotism is placing the interests of Americans above the rest of the world, when in fact the true meaning of patriotism is the complete opposite. Patriotism is something that if you really have it, it is in your heart. 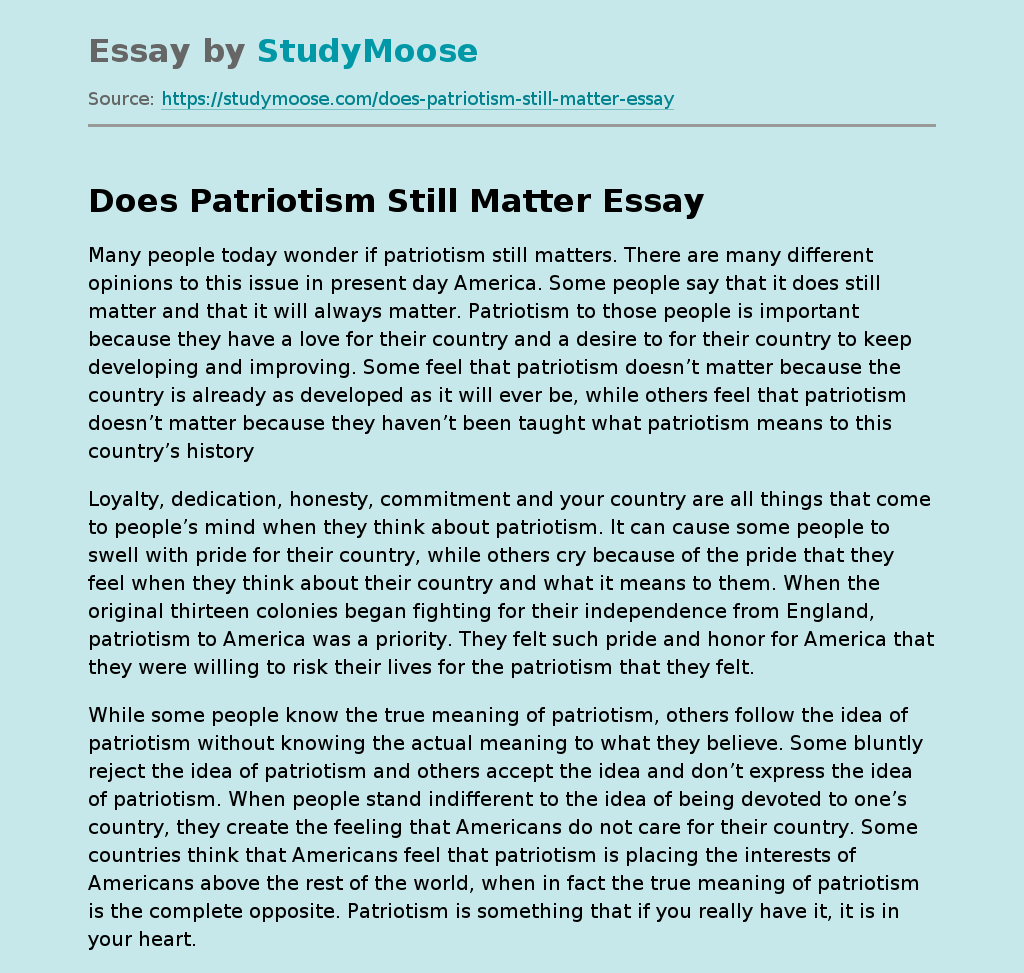